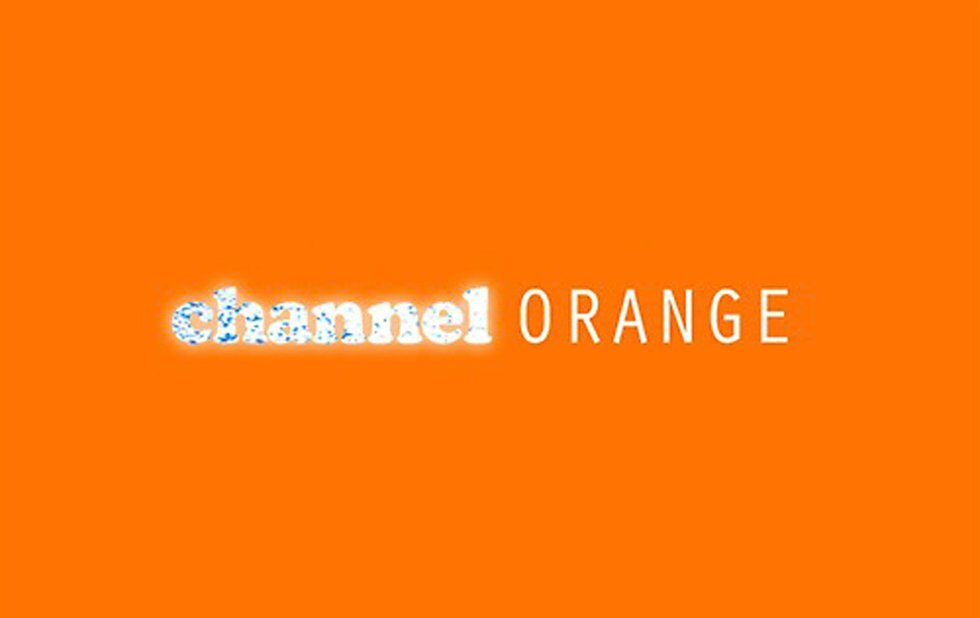 Since his emergence onto the scene with the pioneering rap collective Odd Future, Frank Ocean has been one of music’s most enigmatic figures. Long and unexplained disappearances between album releases has led to a sort of cult mentality among Ocean fans, with each appearance and siting a subtle hint at new music. Ocean’s music cultivated this fandom as a genre-bending combination of R&B, pop and electronic music. While later albums like 2016’s “Blonde” and “Endless” would show Ocean leaning more into his experimental side, his 2012 debut album “channel ORANGE” showcases Ocean making a splash with a lush and intimate collection of songs about the awkwardness of navigating maturation and relationships.

While The Weeknd may have given life to dark and gritty R&B within the 2010s, Ocean maintains a relaxing ambiance, an influence that can be clearly heard from artists like Daniel Caesar. In line with being laid-back, “channel ORANGE” centers around the theme of a television program, as TV background noise opens and closes the album. Interludes that serve as commercial breaks and TV static separate the songs as Ocean flips through channels that contain the stories of his adolescence.

“Sweet Life” serves as a sonic painting of an idealized lifestyle. Ocean initially starts the song painting the image of the perfect sedated lifestyle — “The water’s blue, swallow the pill /

Keepin’ it surreal.” However, by the end of the song, Ocean’s increasingly strained vocals and the lyric, “But this neighborhood is gettin’ trippier every day / The neighborhood is goin’ ape shit crazy, ahh,” find him coming to the realization that numbing oneself from reality doesn’t cause it to go away.

Perhaps the biggest reveal from this album was Ocean’s discussion of his first love being a man. He penned a letter on Tumblr prior to the release of the album in which he, in great detail, described this love and how it shaped him and his album. On “Thinkin Bout You,” Ocean recounts the story of being enamored with a person and wondering if the feelings are requited. “My eyes don’t shed tears, but boy, they pour when / I’m thinkin’ ’bout you, ooh no, no, no.” Then, on the final song of the album, “Forrest Gump,” Ocean repeats how his lover is constantly on his mind, relating him to the titular character of the 1994 film “Forrest Gump.” Ocean’s revelation of his sexuality came as a sort of paradigm shift within the genre of R&B; fans of a genre dominated by the hypermasculinity  — and misogyny —  of artists like Chris Brown were forced to reckon with one of its biggest artists being in love with a man. In doing so, he opened the gates for other artists, including his Odd Future running mate Tyler, The Creator, to open up about their sexuality within their music.

Ocean also strays from smooth to enter a melancholy and meditative world. He vents to a taxi driver over the dirge of an organ on “Bad Religion.” Comparing the stresses of an unrequited love to obsession over religion, Ocean laments how both should be empowering but often end up repressive. “Pink Matter” explores sensuality without getting lustful, backed by a pensive André 3000 feature. Within this track, Ocean also challenges the antiquated view of women as a vehicle for childbirth rhetorically asking, “‘What is your woman? / Is she just a container for the child?’”

Ocean is eager to be tongue-in-cheek as well. “Crack Rock” is perhaps the most upbeat and sultry song about, well, drug addiction and the crack epidemic. In the same voice that Ocean paints pastel pictures of his romantic partners, he laments the destruction that addiction brings and the crooked government involvement in fueling the drug trade. “Super Rich Kids” is similarly on the nose, with a heavy down beat emphasizing the sluggishness that comes with an excess of money and a deficiency of love, especially during adolescence. Fellow Odd Future member Earl Sweatshirt delivers a dense, monotone feature that perfectly compliments the tiredness of the song.

Of course, even with Ocean’s breathtaking voice and captivating songwriting, “channel ORANGE” would be nowhere as interesting without its lush sound. Loose, organic drums are featured throughout the album, most notably crashing through the ceiling on “Monks.” The incorporation of electric guitar adds a similarly lively yet softer feel, whether in the mysterious “Pink Matter” or in John Mayer’s tender solo on “White.” Mayer also contributes an ambient and distorted solo at the end of the anthemic track, “Pyramids.”

However, the secret ingredient to “channel ORANGE” is the Ocean’s incorporation of synthesizers. “Thinkin Bout You” relies on muted strings to pad Ocean’s falsetto, propelling the track to be the hit that it was. Yet, the musical highlight of the album lay in “Pyramids,” a 10-minute epic, heavily influenced by electronic music. Synthesizer lines twinkle around a danceable groove before the track undergoes a famous beat switch, diving into the sultry snare-driven second half.

While “Blonde” has gone on to be recognized as the epitome of Ocean’s artistic genius, it is on this album that he first experimented with many of the sounds that would appear on “Blonde” and “Endless.” The infamous beat switch on Blonde’s “Nights” can be seen as the evolution of the beat switch that Ocean experimented with on “Pyramids.” While Ocean has never truly returned to the sunny sound that he found on “channel ORANGE,” it serves as one of the most impactful albums of the 2010s and stands out as one of the most foundational R&B albums of the 21st century. While it may be a little while longer before Ocean fans are greeted with another album, they can be sure to expect the creative and sonic mastery that began nine years ago on “channel ORANGE.”

Great article, and a bit overwrought.,