The UC Santa Barbara Associated Students Legal Resource Center created the Aspiring Attorneys Movie Club at the end of Winter Quarter, where students interested in pursuing a legal career can watch popular law movies and have discussions with practicing attorneys. 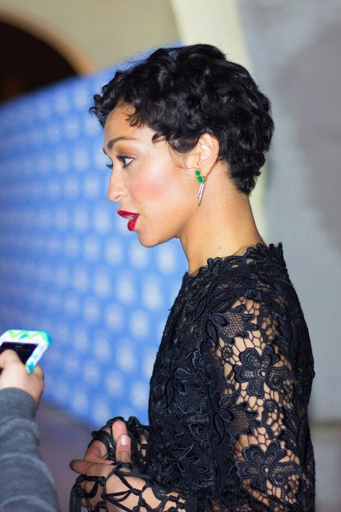 Ruth Negga is an accredited actress from the movie “Loving,” one of the films that the Aspiring Attorneys Movie Club has viewed and discussed. Jose Arturo Ochoa / Daily Nexus

Robin Unander, a criminal defense, business law and civil litigation attorney and UCSB student legal adviser, along with Sabina Menzhausen, a fifth-year biopsychology major, created the club together with the intention of promoting student engagement in a remote setting for spring quarter and beyond.

While brainstorming ways to increase student engagement during remote instruction, Unander and Menzhausen were inspired by the idea for a legal-movie discussion club..

“We’re hoping that students who have interest in the field of law can engage in some community dialogue among other people who have a similar interest, even in COVID times,” Menzhausen said.

At weekly meetings, members of the Aspiring Attorneys Movie Club (AAMC) watch a preselected movie about a certain legal case and then discuss the semantics of that legal maneuver in the movie during their weekly meeting. AAMC has met four times thus far. Some movies Unander and Menzhausen chose to discuss are “The Trial of the Chicago 7,” “Loving,” “The People vs. Larry Flynt” and “A Civil Action.”

“Being a lawyer and having the legal background, I kind of have an idea of what I’d like them to notice about the movie,” Unander said. “I’m kind of trying to emphasize the legal components, whether it’s legal maneuvering or legal strategies, something that happened that’s related to being a lawyer.”

Jake Winsor, third-year sociology major and AAMC club member, said that Unander’s legal background is crucial for driving the legal conversation. Winsor also said he appreciates having an outlet at UCSB for his legal interests.

“I’ve been declared pre-law since I was a second year. I hadn’t mentally committed that I’m going to law school until a couple of months ago,” Winsor said. “There really aren’t that many avenues to talk to practicing lawyers and people who have experience in the legal field. This club has been a good way to engage yourself in that world.”

Unander and Menzhausen begin meetings by addressing a scene from the movie and bringing a real-world perspective to legal practices displayed during the scene. Guests have included multi-disciplinary attorney Alan Isaacman and environmental attorney Jan Schlichtmann.

Schlichtmann, the personal injury attorney who took on the real life case that inspired the film “A Civil Action” — a 1998 legal drama about the true story of environmental toxicants that contaminated the water supply in the city of Woburn, Massachusetts — joined the group for a discussion of the film.

Schlichtmann, who took the case against two corporations after realizing they could be responsible for the local deaths of children from leukemia, said the lawsuit changed his philosophy of law and shifted his perspective towards mediation rather than litigation.

“Frankly, at the end of the day, if you have a toxic system which you can indulge your views to the exclusion of all else, which is the litigation system, it still becomes an attraction and a reason not to do the hard thing, sit down and try and work it out with the right side,” Schlichtmann said during the meeting.

Schlichtmann lost this landmark case, his firm went bankrupt and the residents of Woburn who sued for the alleged cancer cluster in their area were left without answers. He said that his nearly 40 years in the legal profession forced him to define his personal morals and suggested that aspiring lawyers do the same.

“If my basic theory is right, that our legal system is toxic and that it is not conducive to problem-solving, when it does capture you it’s going to test your character. I say to all who are going to be into this practice, at the end of the day, what are your values? You have to start with the truth,” Schlichtmann said.

Overall, Menzhausen is excited by the opportunity to hear from the attorneys that inspired their discussions, although she hopes next year will allow for greater participation from students.

“I just wish we could have had more participants, a lot of people signed up for it but not as many actually showed [up] for [the] discussions. I hope this would be something that could continue in person if we get the chance,” Menzhausen said.

AAMC currently plans to continue their meetings next year, and the meeting format will be determined by student interest in either Zoom or live discussions.

Though the club’s future format is still in the works, AAMC members ended the year with advice from practicing attorneys that have inspired legal movies and a better understanding of a possible legal career.

“I think this club is a really great opportunity for a school that doesn’t have a big pre-law emphasis, because there are a lot of pre-law students here and the more experiences and people that they can network with, the better,” Winsor said.