The Daily Nexus
Opinion
An Open Letter to a Perverted Elderly Man
June 1, 2021 at 9:00 am by Kathleen Santacruz 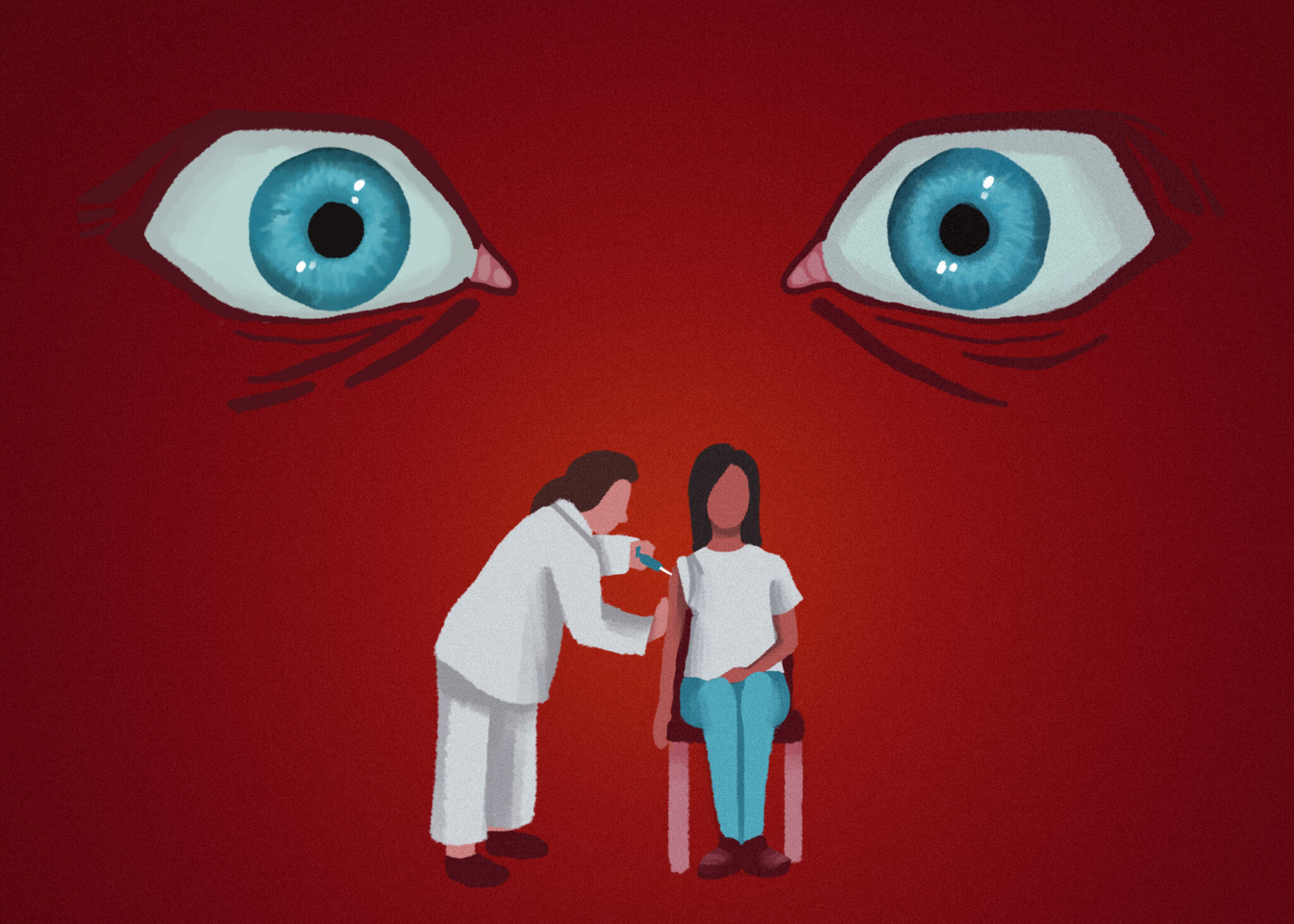 To the elderly man who blatantly sexualized me at the vaccination site:

Getting my second dose of the COVID-19 vaccine was supposed to feel like such an accomplishment. I was finally going to be closing the door on the pain of the past year and heading one step closer to putting it behind me. I was excited to do my part.

You looked like a nice elderly man. I wondered if you had a granddaughter my age who you would talk to me about. Then I said hello and asked if I could sit down, and you said, “You can sit on my lap if you want.”

Just like that, it was all gone. My stomach dropped. Was I just sexualized by a senior citizen at least four times my age? My confidence vanished, and I wished that I had never gone out that day. This wouldn’t have happened if I had come with someone, if I didn’t have to be so independent all the time. I sunk into my chair, and I was silent. Silent even when, moments later, you felt the need to explain how to use pain relief drugs to me, as if somehow I had lived 18 years of my life and never provided for myself. It didn’t take long for my silent shock to turn into a rage I didn’t know how to put effectively into words. But my silence is not to be mistaken for complicitness. I have a few things that I want to make very clear to you.

I have goals for my life, and I’ve had many accomplishments that I’m proud of. There are so many things that, with practice, I have learned to value and love about myself. But, at that moment, none of those things mattered. I was nothing more to you than the subject of a sick fantasy, with no worth other than what you bestowed upon me. In what world did you think it would ever be okay or remotely funny to sexualize a young woman like you did to me?

Asking me to sit on your lap equated me to the status of a woman whom you might receive a lap dance from — and you did so in a nonconsensual, unwarranted and completely inappropriate environment. A woman should be able to take up space as she pleases without being automatically equated to a woman who gets paid to please men. My existence is not dependent upon the satisfaction of your desires.

I also can’t help but wonder whether you thought that my appearance as a Latina of a darker skin tone made it appropriate to objectify someone so much younger than yourself. The hypersexualization of Latina women under the white male gaze is yet another manifestation of the oppression of women that also happens to intersect with race. Did you think that it would be okay for you to invite me to sit on your lap because of the racist stereotype that values Latina women only by how sexual they’re expected to be? It is sickening to think that your assumptions about my racial background would prevent you from taking me seriously enough to interact with me without sexualizing me. You should have enough respect for any woman to be able to see her as your equal and as deserving of respect simply out of human decency. You have no excuse. To believe that another person is less than yourself is not only ignorant but inhumane.

You were supposed to be a hero, an elderly person administering vaccines amid a global pandemic. But you made me realize that even people who are meant to be your heroes are capable of objectifying and harassing women.

But you made me realize that even people who are meant to be your heroes are capable of objectifying and harassing women.

You might take all of this as me being too soft, overreacting about a “harmless joke.” But anyone who would perceive my anger as being soft would view the continued oppression of women with no aversion. Because it is never just about a little comment. Little comments or perverted jokes are contributors toward the oppression of women within the misogynistic society in which we live. Instances where women are harassed or degraded are perpetrated and fed by systems that men like you contribute toward and benefit from. It is the constant abuse of women based on the assumption that we are inferior to men that continues to uphold the systems around the world in which women are oppressed, objectified and sexualized without remorse.

The idea of being “soft” about the sexualization of women is a concept held by those who remain unable to comprehend that the oppression of women in society has always been a problem — the only difference being that in today’s generation, women are not only more often allowed to stand up for themselves and are given the resources to do so, but they are also more likely to be heard. Your conceptions of women are products of an outdated society that openly upheld the assumption of the inferiority of women, and the abuse which allowed for this is no longer tolerated.

This interaction may never cross your mind again, but it will be something that I remember for the rest of my life, whether I want to or not. I don’t even completely remember what your face looks like, yet your voice and your presence will be something I won’t be able to forget.

However, my voice will still rise, regardless of how small you made me feel. The voice of the girl who you saw as no more than an object matters. Even if you never see my words, I am still able to offer this to those who will.

The sexualization of women has never and will never be okay. Yet still there are men like yourself in every walk of life who believe they’re on top of the world, degrading and contributing toward the continued oppression of women with no remorse. No comment or joke will ever be seen as little or harmless so long as it perpetuates the interests of the patriarchal paradigm in which we find ourselves. At the same time, no measure taken against those institutions of oppression will be seen as small in the fight for equality across all intersections of feminism. Women are so much more powerful than you will ever be able to comprehend, little old man.

Kathleen Santacruz strives to disrupt the status quo and demand the respect from men that all women deserve.