The Daily Nexus
Record Recap
Record Recap: The Best and Worst of Music in the Pandemic (So Far)
May 24, 2021 at 12:31 pm by Artsweek Staff

With quarantine seemingly coming closer and closer to coming to an end, now seems to be a time for reflection on what has happened in one of the most chaotic years in recent memory. Music seemed to find a larger role in people’s lives as they looked for anything to distract them from an increasingly distraught world. Whether it was laughing at woefully out-of-touch celebrity takes or trying to decipher the lyrics from one of rap’s most enigmatic artists, the music world seemed to have a little of everything for everyone. While this year may be one everyone wants to forget, these are some of the moments that will be remembered.

Getting Creative with Music Videos 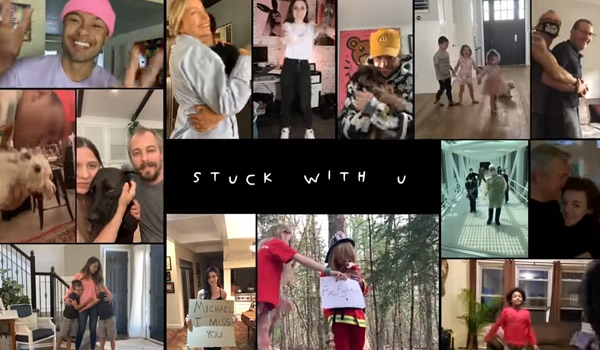 When the coronavirus pandemic broke out, lockdowns and social distancing regulations were ushered in, bringing a halt to all gatherings, including the cast and crew needed to shoot music videos. Many artists, however, refused to let this stop their artistry, which leading to a year filled with creative ingenuity in the filming of music videos. High-budget professional crews and locations were ditched for casual at-home sets, allowing for glimpses of the lives of these musicians during quarantine and revealing a more laid-back version of many beloved stars.

One of the earlier music videos released during lockdown was Justin Bieber’sand Ariana Grande’s “Stuck with U,” a melodic pop song about the ups and downs of spending so much time with the person you love. Stitched together with recordings of Bieber and Grande — and their significant others — along with clips sent from fans showing their own quarantine activities, the music video fosters a sense of community during a daunting time while also raising funds for the First Responders Children’s Foundation.

Another notable music video to come out of quarantine was Drake’s “Toosie Slide,” released in April  2020. The video follows the Canadian rapper dancing to the viral TikTok song as many others were in their own homes — although his $100 million mansion in Toronto was an unrelatable factor.

Los Angeles-based indie rock artist Phoebe Bridgers released the music video for her song “Kyoto,” named after the major city in Japan, in April 2020. Bridgers intended to shoot the music video on location, but due to COVID-19 travel restrictions, the singer performed in front of a green screen that virtually transported her throughout Japan instead, ultimately producing a lo-fi video that adds to the vulnerability that Bridgers sings about on the record.

These early quarantine music videos, as well the positive reception they received, demonstrate that large-scale productions aren’t always necessary in creative artistry and that “low-budget” videos can even add to the aesthetic value of a track. Hopefully, artists continue to branch out with alternative music video ideas in the future.

The Unforgettable Cringe of “Imagine” 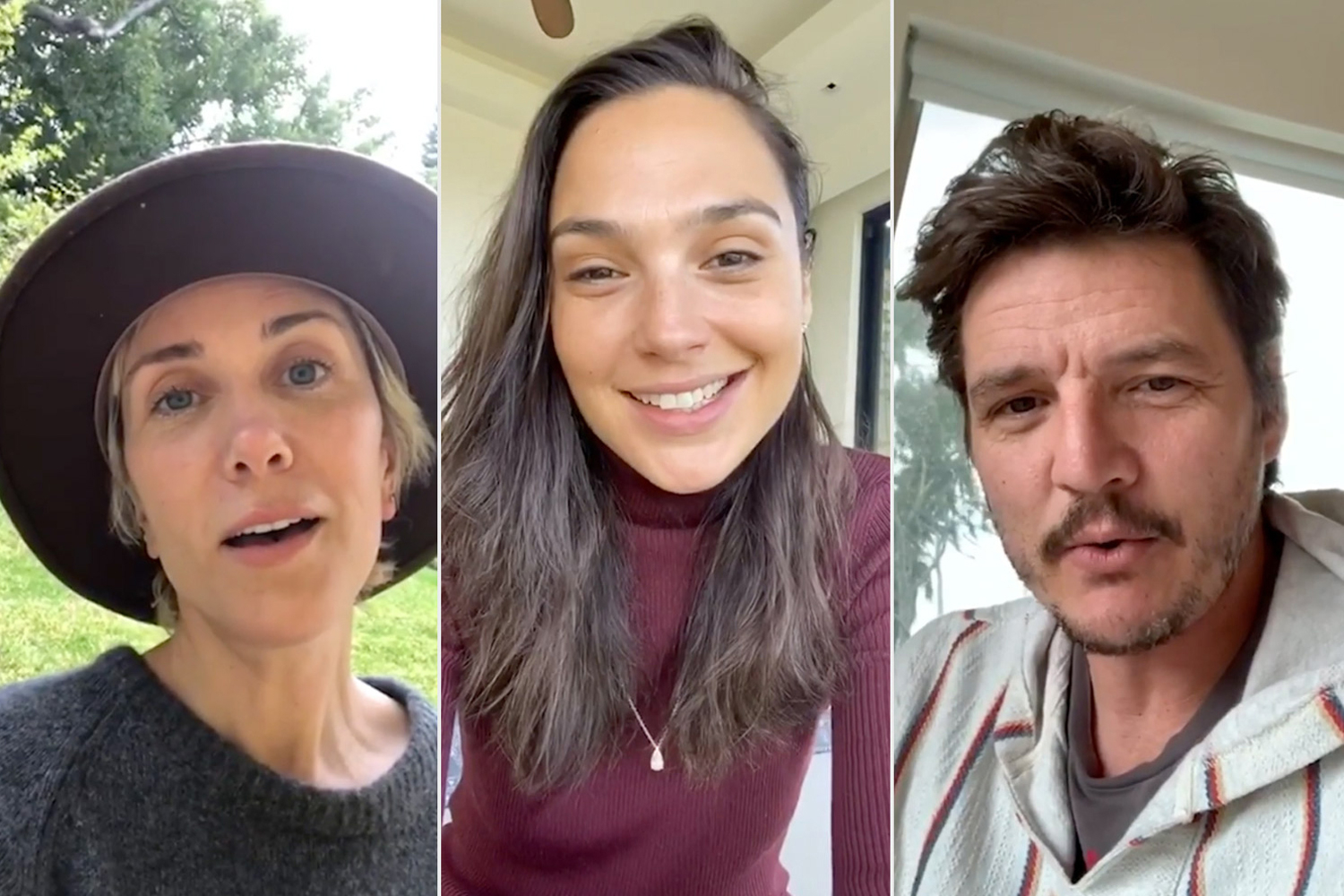 I know that we’re all trying to forget the cringey video of celebrities singing “Imagine” by John Lennon near the beginning of quarantine, but we can’t let that debacle go unaddressed. Not only was some of the singing questionably off-key, but the song choice and video were just terribly out of touch with the rest of society in general. There was something distastefully ironic about celebrities singing “Imagine no possessions” when that was quite literally the reality for millions of Americans who were becoming unemployed because of the pandemic. Many people started to resent these celebrities who partook in the social media challenge because the video seemed disingenuous; the celebrities were just singing and relaxing in their million-dollar mansions while those who were heavily impacted by the pandemic could not have the same luxury. This tag-team cover was meant to unite and inspire others to come together and the goal was indeed accomplished: People came together in order to share their mutual hatred of this video. 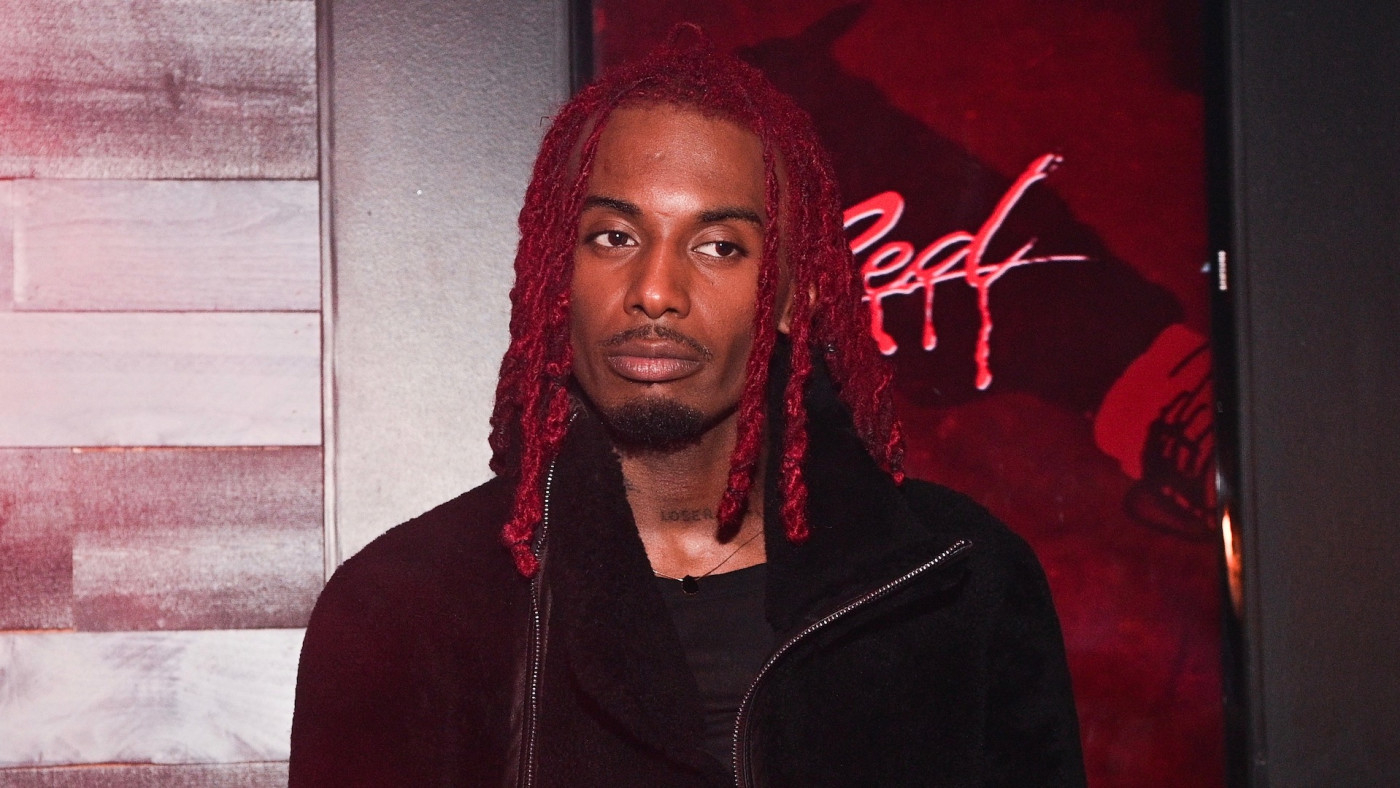 One of the wildest moments in rap over the pandemic was the ensuing chaos after Playboi Carti dropped his second studio album, “Whole Lotta Red,” on Christmas Day 2020. Fans had long awaited the album, being led on by false hints through tweets by the cryptic rapper, who rose to fame through intoxicatingly energetic hits like “Magnolia” and “Shoota.” However, Carti’s gift of his album left listeners shocked with its rowdy mix of punk-rap.

Among the album’s abrasive 24 tracks, Carti interpolates Johann Sebastian Bach’s “Toccata and Fugue in D Minor” (“Vamp Anthem”), squeaks alongside Future through multiple verses (“Teen X”) and spends an entire track likening himself to a vampire (“King Vamp”). Day-long fights took Twitter and Reddit by storm, as hip-hop fans and Playboi Carti stans debated whether the album was a bumbling mess or an experimental innovation. Almost half a year later, no consensus has been reached, though the album has grown on a lot of diehard Carti fans. One thing’s for sure: The year 2020 ended with a bang of excitement amidst the gloom of the pandemic, with one of the most polarizing album releases of the past decade. 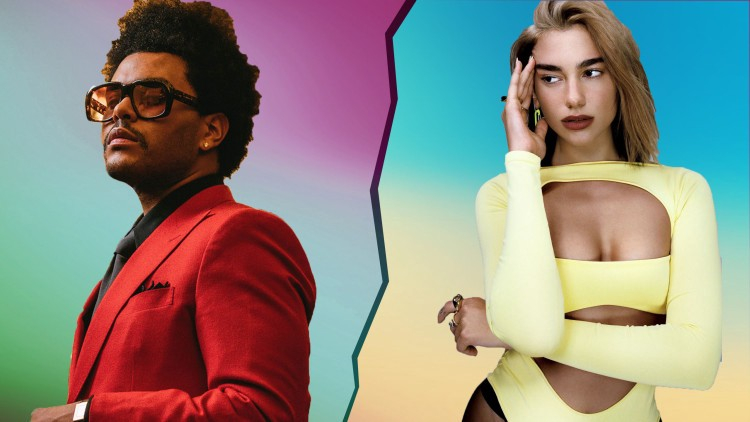 While quarantine may have initially seemed like the kryptonite to upbeat pop music that usually dominates the airwaves during spring and summertime, pop found a way to persevere. There is no better example of this than Dua Lipa’s explosion onto the pop scene. Always a fairly well known artist, Dua Lipa’s anthemic “Future Nostalgia” propelled her to superstardom, especially with one of  the biggest songs of the year: her collaboration “Levitating” featuring DaBaby. The Weeknd’s massive year (and controversial Grammy snub) rode on a similar wave of ‘80s nostalgia. Filled with dramatic tales of excess and propelled by larger-than-life synthesizer work, his chart-topping album “After Hours” spawned a cultural phenomenon, with the single “Blinding Lights” becoming the first song ever to remain in the Top 10 of the Billboard Hot 100 chart for an entire year.

While quarantine didn’t signal the death of pop music, quieter music seemed to find a greater audience. An artist with the influence as great as Taylor Swift dropping two pared-down albums with minimal production was not expected, but certainly reflected the homebody mentality that quarantine entailed. Many Indie artists found growing audiences over the past year, such as Phoebe Bridgers, who seemed to have her breakout year, being nominated for several Grammys and appearing on popular programs like “Saturday Night Live.”