The Daily Nexus
Science & Tech
New Evidence from Yucatán Caves Pour In, Suggesting Region Was Wetter Millennia Ago
May 20, 2021 at 10:00 pm by Sean Crommelin

As interest in climate science has exploded with the looming threat of climate change, scientists around the world have sought to better understand how precipitation patterns may change in the future or have changed in the past due to corresponding changes in temperature. 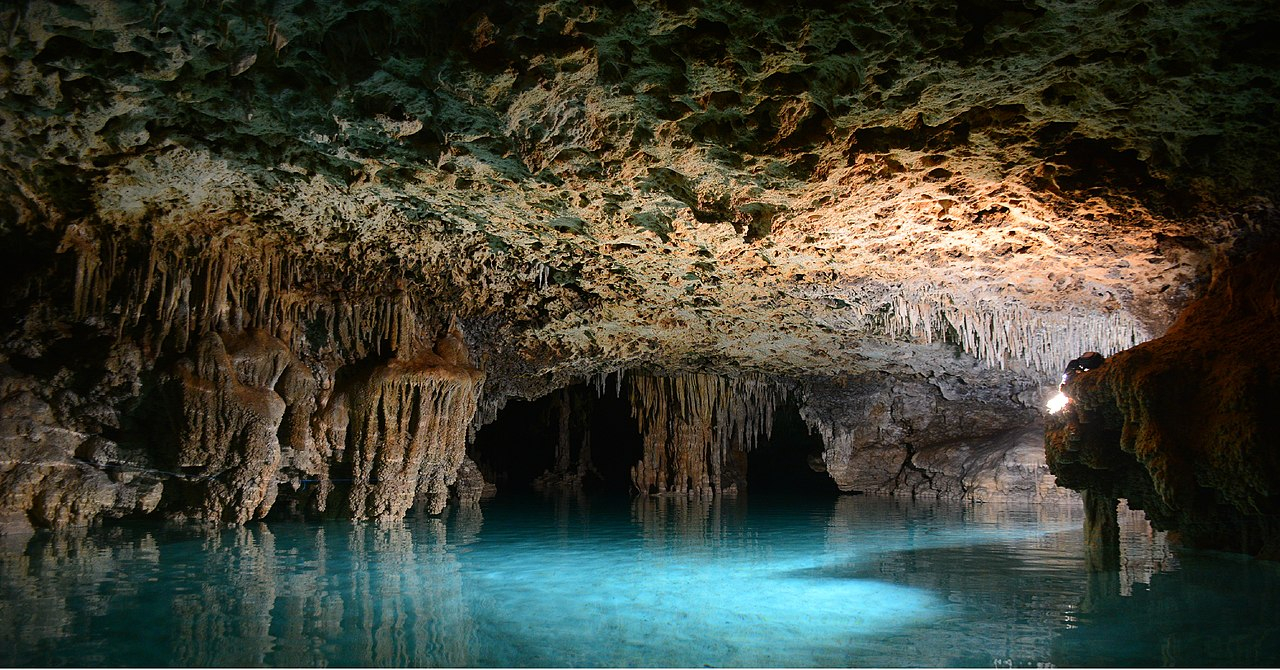 Río Secreto, a cave system near Playa del Carmen in the Mexican state of Quintana Roo. Courtesy of Wikimedia Commons

They do this by using both complex mathematical climate modeling and proxies found throughout Earth — like ice cores — to reconstruct paleoclimates found in Earth’s past.

“I think it is very valuable, societally, to understand climate change, climate variability and what drives this variability. Paleoclimate studies contribute significantly to this understanding,” Syee Weldeab, a professor in the Earth Science department at UC Santa Barbara who studies paleoclimate, said.

Weldeab has sought to better understand the paleoclimate of various places worldwide, including Central Asia, the Eastern Tropical Atlantic and the Bay of Bengal, using marine sediments and cave deposits, like stalagmites, as climate archives.

Along this vein, Weldeab, in collaboration with other researchers at the Massachusetts Institute of Technology, Auburn University, Woods Hole Oceanographic Institution, University of Massachusetts Amherst and UNAM Campus Juriquilla, has worked to piece together data to better understand how the northern Yucatán Peninsula’s precipitation patterns have changed during the mid-Holocene, roughly 5.2 to 5.7 thousand years ago, to the late-Holocene era, immediately before the industrial revolution.

Such information is important because rainfall patterns have profound implications for whether or not a landscape is hospitable for human beings.

“If you have a wet climate, and it is not subject to large-scale frequent dry-and-wet cycles, then you also have a denser vegetation cover. In addition, agricultural activity is less affected by drought. That makes it more stable and a more conducive environment for human beings,” Weldeab said.

The Yucatán Peninsula is a relatively flat low-lying landmass made almost entirely of limestone that extends northeast from the Isthmus of Tehuantepec — the landmark that separates Central America from the rest of the North American continent to the Caribbean Sea.

The Yucatán is home to a mixture of tropical wet and dry forests. Its limestone landscape results in karst formations, like water sinkholes — otherwise known as cenotes — and caves. For the Maya, who have inhabited the Yucatán for millennia, such formations have served to harbor life-sustaining water resources in a landscape where no major rivers exist and pronounced dry seasons leave the region periodically parched.

These limited surface water resources also leave the region vulnerable to extended periods of multi-year drought, which occasionally plague the region and have been linked to the decline of Maya civilization.

But the Yucatán didn’t always exhibit the rainfall patterns that it does today. In fact, thousands of years ago, during the mid-Holocene, the Yucatán was a wetter place with less frequent dry periods and more stable rainfall than either the late-Holocene or the present day, according to the findings of  Weldeab and his collaborators.

The team examined the isotope composition of stalagmites, mounds of mineral deposits found on the floors of caves that grow upward as water drips from cave ceilings. As rainfall or other precipitation occurs above a cave, some of this water percolates through rock and is deposited onto stalagmites, which immortalize the chemistry of this water in their layers. 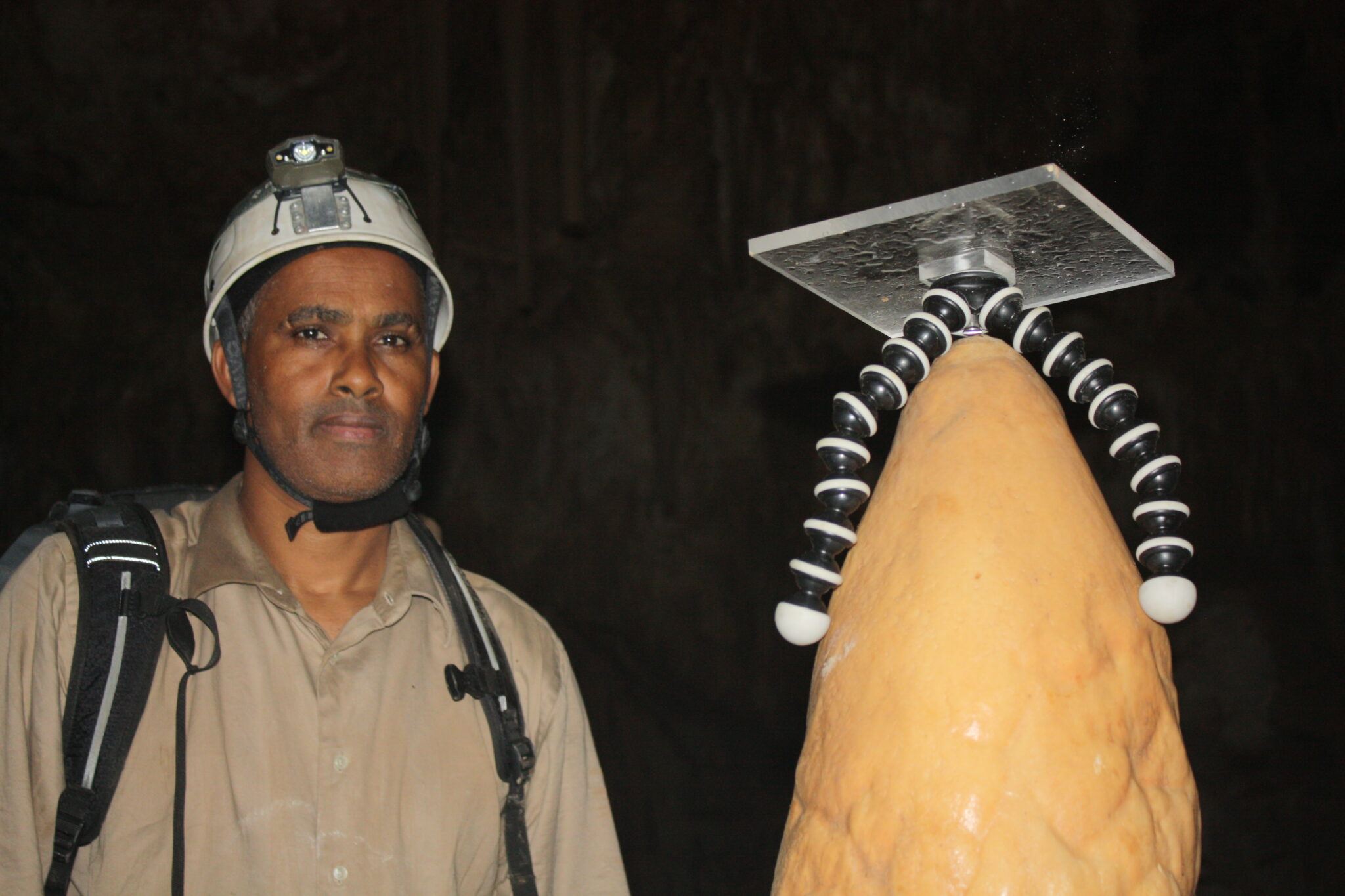 Weldeab next to a stalagmite under study in another field site in Central Asia. Courtesy of Syee Weldeab

Stalagmites and other related cave formations preserve a treasure trove of historical precipitation information, gleaned by looking at the isotope composition of oxygen present within the layers of the formation.

Weldeab said that they focused on the ratio of two oxygen isotopes: Oxygen-18 and Oxygen-16.

“The ratio between those two isotopes reflects mainly two factors. One, how much it’s raining over the cave, and where the moisture is coming from which precipitates over the cave,” Weldeab said.

“We cannot go back in time and measure precipitation. But the environmental change — in what we call hydroclimate or the climate around precipitation — is basically manifested into the stalagmite. And by going and looking at the isotope composition of the stalagmite, we can make inferences about changes in precipitation in the past.”

Weldeab’s collaborators, led by Martín Medina-Elizalde with the University of Massachusetts Amherst, unearthed a meter-long stalagmite dated to 5.2 to 5.7 thousand years ago from Río Secreto, a cave system near Playa del Carmen in the Mexican state of Quintana Roo.

However, according to Weldeab, it is important not to conflate the reconstructed past climate of the Yucatán with potential future climates influenced by anthropogenic climate change.

“We know for instance that during the mid-Holocene in the Yucatán, the summer was warmer than today. But the warmer summer [than today] was caused by changes in the Sun and Earth’s configuration. So when we look at a warming climate due to greenhouse gas increase, it’s not only a warming during the  summer but also a warming winter,” Weldeab said.

This has a significant impact on the rainfall patterns that result from changes in average temperature.

“You can learn fundamental climate behavior by studying paleoclimate like we did. You can also learn about the fundamental variability of climate and apply that knowledge to think about future climate. But it’s not transferable one to one,” Weldeab said.