The University of California Board of Regents approved the 2021-22 UC Office of the President Budget and discussed the Eligibility in the Local Context program, along with student mental health, from the lens of student equity and inclusion on May 12 during their latest board meeting. 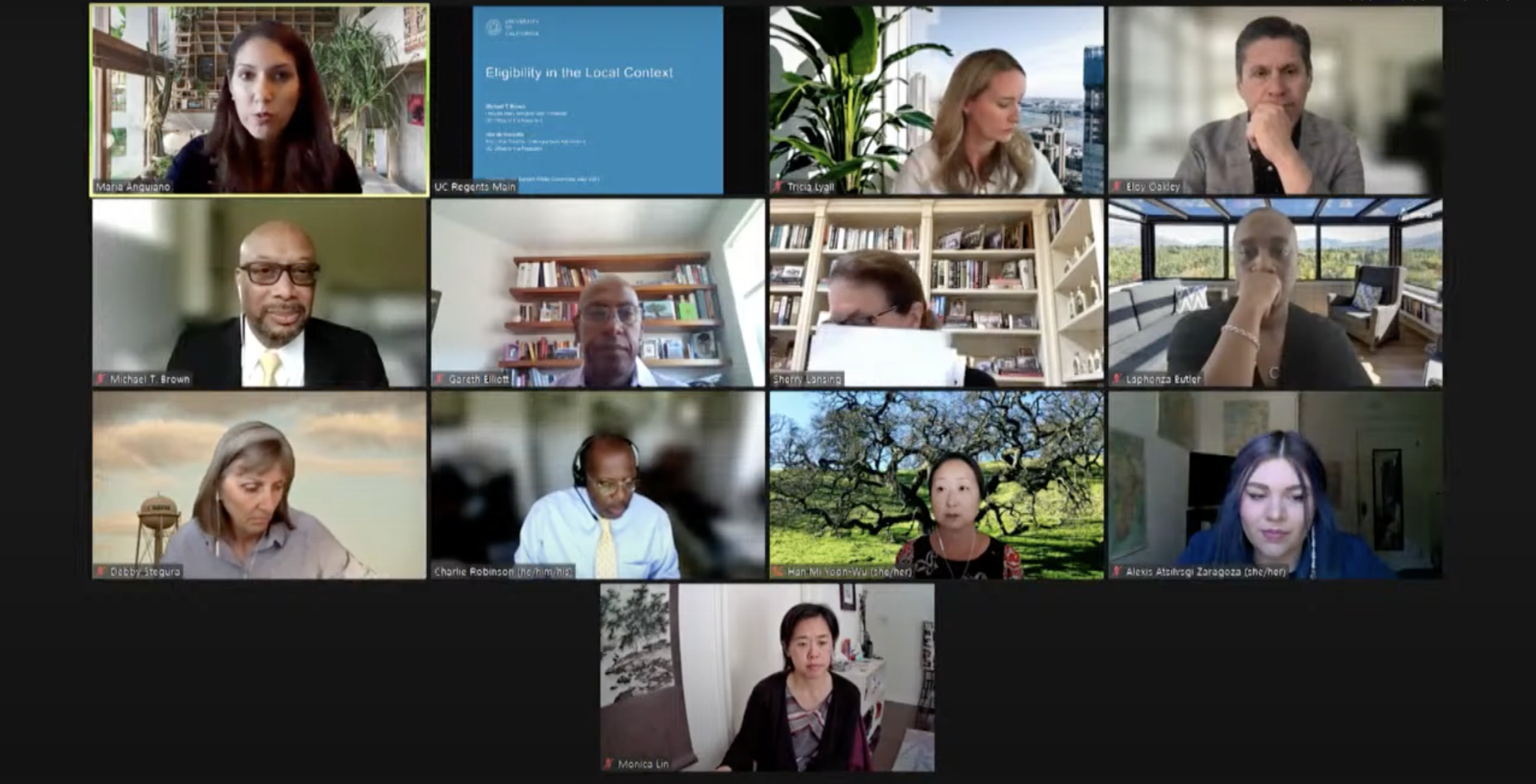 The $960.6 million 2021-22 UC Office of the President (UCOP) budget marks an uptick of $98.6 million from the more conservative planning of the UC’s 2020-21 budget. UC President Michael V. Drake attributed the increase to pandemic-related financial loss.

“The pandemic has required us to dig deep in a time of crisis while still doing our very best to uphold the UC’s mission and priorities,” Drake said while reflecting on the “unusual” year.

“The budget growth reflects optimism about the UC’s future and our commitment to preserving and building on critical UC programs and priorities,” he continued. “It is not time for the UC to step back, but step up.”

The budget’s executive summary outlined key objectives, which include balancing the budget by fund source type, implementing savings targets to enable investments in new priorities, enhancing valued campus services, maximizing output for restricted budgets like research programs and restoring flexibility by increasing the Strategic Priorities Fund back to its recommended level of $30 million.

The regents then discussed other aspects of the budget, including the increasing costs of UC health and the issue of cybersecurity and IT security, which did not see a proposed increase in expenditures despite a recent UC-wide data hack.

“Broadly speaking, [the lack of funding increase] is not an ideal solution,” Regent Michael Cohen said. “We’ll make some cuts internally and ask campuses, where appropriate, to invest independently [in cybersecurity]. We had to make some hard choices, and this was one of them.”

Regent Lark Park pushed back on the decision to not increase cybersecurity funding in the budget.

“The area of cybersecurity is not an area where we can afford to press down on costs, because it’s going to come down in a way we don’t want,” Park said.

“We really have to look carefully at this as we look forward, because cybersecurity is something we take very seriously,” Drake said, acknowledging that the lack of IT security funding was a budget weakness.

Furthering UC Admissions Diversity Through Eligibility in the Local Context

The Academic and Student Affairs committee shared updates on the Eligibility in the Local Context (ELC) program, which guarantees students in the top 9% of their California high school class admission into at least one UC campus, so long as they fulfill the A-G requirement and have a minimum GPA of 3.0.

The program, which began in 2001, is integral to furthering equity and diversity in UC admissions, according to Provost for Academic Affairs Michael Brown.

While the program is race-neutral, “by recognizing the excellence and achievement within the local context of the high school, more Chicano, Latino and African-American students are able to access the university,” Han Mi Yoon-Wu, UCOP executive director of undergraduate admissions, said.

Approximately 30 schools are added to the ELC program annually, according to Brown, but this year,  the ELC program reached out to an estimated 1,000 California schools not involved with the program.

“Once the deadline passes for joining, that’s in July, we plan to survey the nonresponding schools to assess reasons for nonparticipation or for ineligibility,” he continued.

Regents also broached the issue of ELC candidates who choose to not attend the UC school they were admitted to because they dislike that specific campus.

Yoon-Wu said that while UC campuses make an effort to accommodate ELC candidates — for example, UC Los Angeles has a 12-14% ELC acceptance rate as opposed to its 9% acceptance rate average — it is impossible for competitive campuses to admit every ELC candidate when the majority of California applicants fall under ELC eligibility.

The topic of admissions diversity expanded to other committees throughout the day. State Senator Monique Limón, a former UCSB employee and current senator representing all of Santa Barbara County, provided a brief comment on enrollment within the UC system and the relationship between state legislature and the UCs during Wednesday’s Public Engagement and Development Committee.

“For so many of the California State legislators, the goal is to see more California students in the UC,” Limon said.

The question that lies ahead is how the Regents will address mental health and fund solutions for students, when a key criticism shared by students is the lack of counseling and mental health funding on campuses.

“It is with these insights that I want to focus on health equity within our community … to remove the systemic barriers that prevents students from succeeding personally, academically and mentally,” Kim said to the committee, noting that providing unencumbered Medi-Cal resources on campus is one example of providing equitable resources to students.

Kim also touched on one UC Santa Barbara program, Project CoVitality, as an example of providing resources to K-12 students to make the transition to college life easier. CoVitality is a program that researches student mental health and provides local high schools with mental health and wellness resources.