The Daily Nexus
Society & Psychology
UCSB Lecturer Partners with CEC in Advocacy of Sustainable Living
April 23, 2021 at 10:00 am by Sean Crommelin

As part of the Community Environmental Council’s Earth Day Festival — held virtually this year as a COVID-19 precaution — Deborah Williams, a lecturer in the Department of Environmental Studies at UCSB, has partnered with the organization to document 21 measures one can take to reduce their waste and consumption.

The campaign, known as Earth Day Every Day, represents the culmination of five years of accumulated lifestyle changes carried out by Williams and her husband in their own personal quest to become more sustainable. 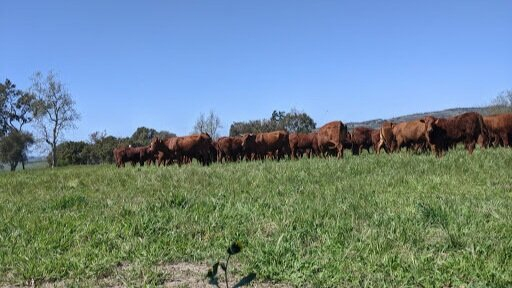 One commitment calls on one to eat more sustainably by avoiding beef and lamb. Courtesy of Deborah Williams

Williams was first inspired to reflect and make such changes herself following the Sherpa Fire, which burned in 2016. The fire scorched thousands of acres in the Santa Ynez Mountains above Santa Barbara and Goleta from mid-June going into July, darkening the skies with a cloud of haze and causing a rain of ash down on the South Coast.

“We were looking out the window at our little backyard watching the ash accumulate on our picnic table,” Williams said.

“At that point I said to my husband. We’ve got to everything — on a personal level — that we can do to minimize our carbon footprint.”

In the immediate aftermath of the fire, the two proceeded to compile a list of ten commitments they would research and implement into their daily life in the name of sustainability. This original list of ten eventually expanded into 21 published as part of Earth Day Every Day.

The commitments include such practices as a commitment to eliminate unnecessary paper use, avoid single-use cleaning products and synthetic pesticides, and better insulate one’s living spaces to save electricity.

The sequence of commitments, meanwhile, reflects a progression from lifestyle changes which have little to no monetary cost, such as going paperless, to ones which may take some financial investment on the part of the individual, such as investing in a low-flow showerhead.

However, Williams also had her undergraduate students at UCSB in mind while writing the list. Because of this, many of the commitments have alternate strategies outlined for those who, for example, cannot put solar panels on their property or afford to outright purchase an electric vehicle.

“I did want to ensure that for each commitment there was an action that everyone could take … I made no-cost or very low-cost alternative actions for every commitment because, fundamentally, I believe that we should do our commitments at whatever level we’re able to do,” Williams said.

For instance, those hoping to advance solar in their workplace or the broader community are directed to a number of resources and initiatives. For renters who are bold enough to urge their landlords to install solar, the website directs them to helpful talking points they can use, such as financial incentives like tax credits, tax exemptions and solar financing options.

In addition, while Williams acknowledged that the commitments were definitely an adjustment for her and her husband, many of them she has found enrich her life and are less of a personal sacrifice than a new and more conscientious way of doing things.

“Let’s look at [2: Lower the Paper Flow]. What’s the win-win associated with this? Obviously, you’re lowering your carbon footprint and helping save trees. At the same time you are reducing the waste that you generate,” Williams said.

“But you’re also saving the psychic frustration of getting all that junk mail. You’re also potentially helping protect your credit, because you can opt out of credit and insurance card solicitations that might fall into the wrong hands. So, this is another example of doing the right thing for the environment, but also achieving other benefits.”

However, the penultimate commitment on the list is a bit different from the others. The commitment implores people in the community to engage by helping environmental organizations through volunteerism and advocacy, such as testimony and written comments.

According to Williams, who has worked to advance environmental protections on the local, state and federal levels for decades (even as a presidential appointee) such actions are crucial in enacting lasting change, preserving valuable resources and protecting our natural heritage.

“It is so important for us to communicate our commitment to our planet, our nation, our state and our communities, so that decision makers devote the time and energy to do what needs to be done to address this crisis.”