The Daily Nexus
Recipes
Spinach-Olive Spanakopita: A Savory Twist on a Tart
April 15, 2021 at 12:00 am by Bethany Clements

Sitting on the couch, mindlessly watching TV, trying to forget about all the assignments piling up during my first week of school … who knew that inspiration would strike in this most unlikely of places? Eyes glazed over, mind numb, I glanced at the television and immediately saw the most mouth-watering dish I had seen in a long while. Now keep in mind, I’m most definitely a tart kind of gal — I’ve been known to brush cakes and even the occasional pie aside to try a particularly delicious-looking fruit tart. Despite this, I have never tried a savory tart … So, I was a bit skeptical when the hostess on the Food Network channel I was watching deemed the melty, flaky, steamy slice in front of her a spinach-olive tart.

That skepticism, though, didn’t stop me from mentally bookmarking the meal to try later. I made a few adjustments to the recipes I found online for Greek tarta spanaki, opting to use pastry sheets rather than the traditional phyllo dough, adding in some Kalamata olives for an extra kick  and mirroring the approach for spanakopita instead (closed rather than open-faced). The result? One of the best tarts — sweet or savory — that I’ve ever baked! 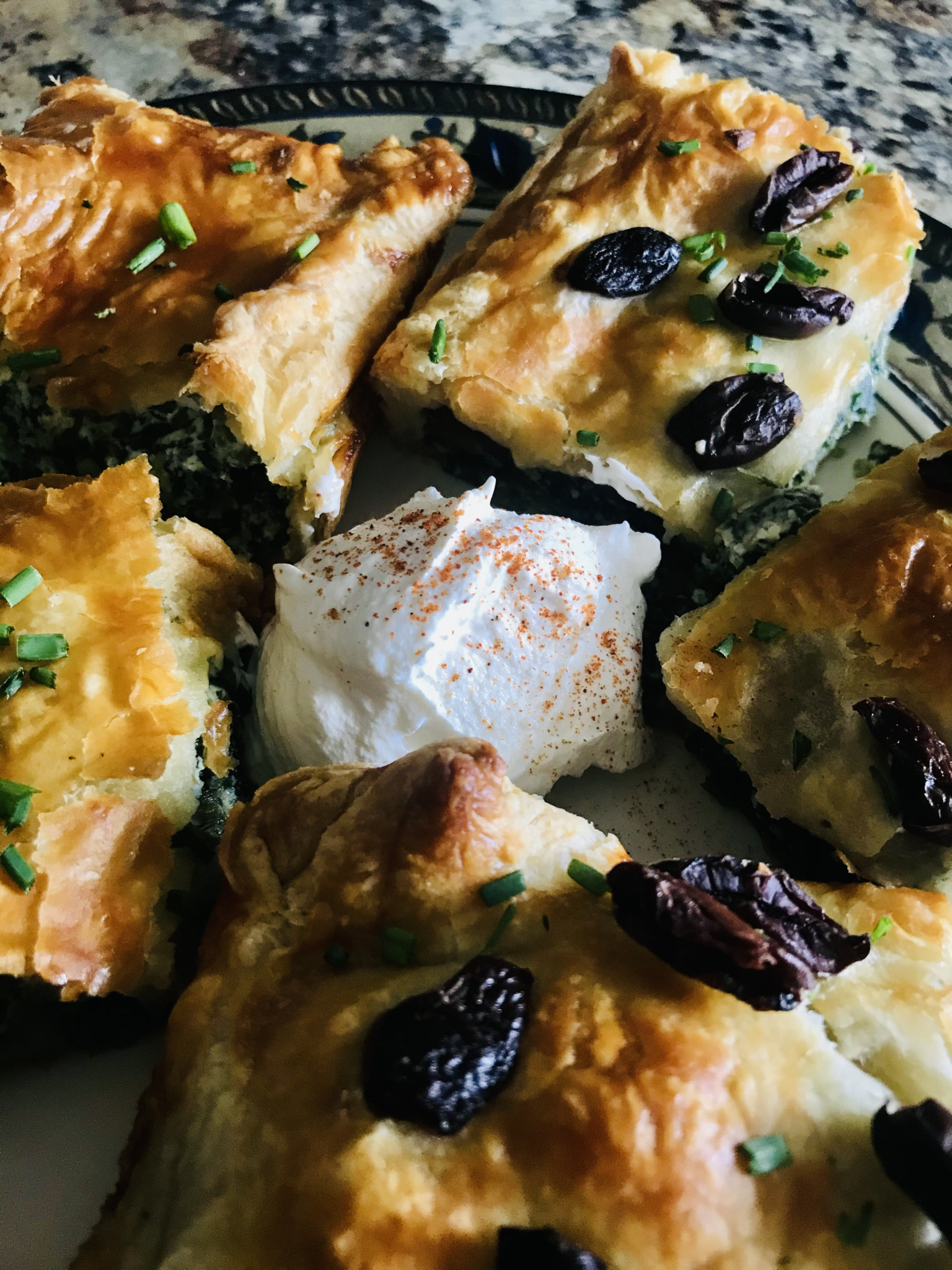 This recipe is meant to serve 6 (but can definitely last for longer if served alongside other courses/sides!) 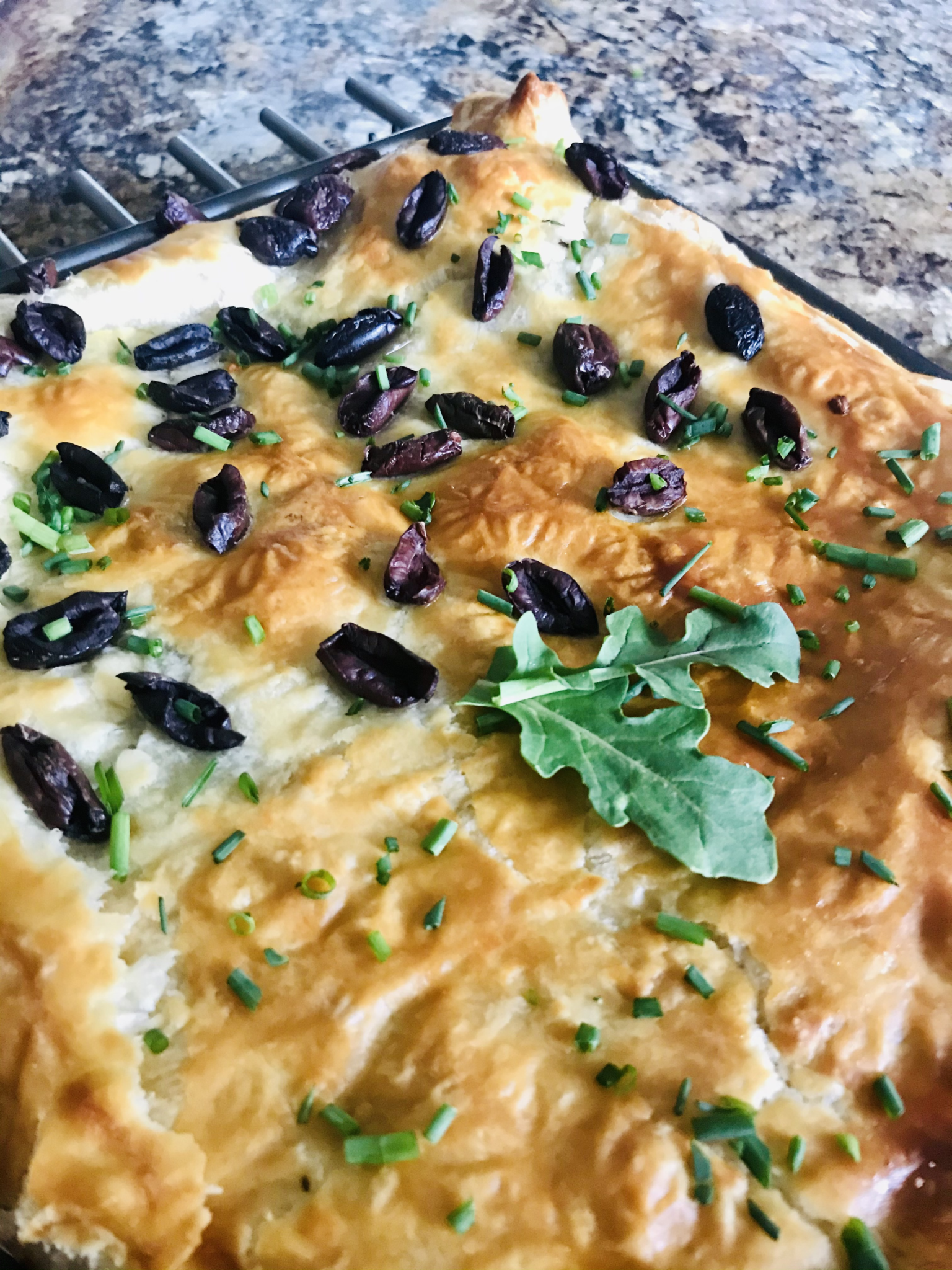 While I ended up with more of a traditional spinach pie, I’m sure that leaving the dish as an open-faced tart would be just as delicious. The filling, too, can be altered to your liking — I added celery, sprinkled chives on top and limited the olives to half the dish due to my family’s preferences. (Make sure to share your own twists on Instagram by tagging @ucsbonthemenu!)

Eat a slice of your tart on its own, grab it for a quick snack  or serve it alongside other traditional Greek dishes for a meal laced with vivid flavors. I know I personally will be snatching leftovers for lunch this whole week! Whenever and wherever you choose to sneak a bite of your spinach-olive spanakopita, there’s no doubt that its buttery, flaky crust and rich, savory filling will leave you entranced after just a single bite.