For decades, antiquated research practices enshrined the behavior of undergraduate students, or even just the W.E.I.R.D. — those in countries who are western, educated, industrialized, rich and democratic — as the standard of human behavior. 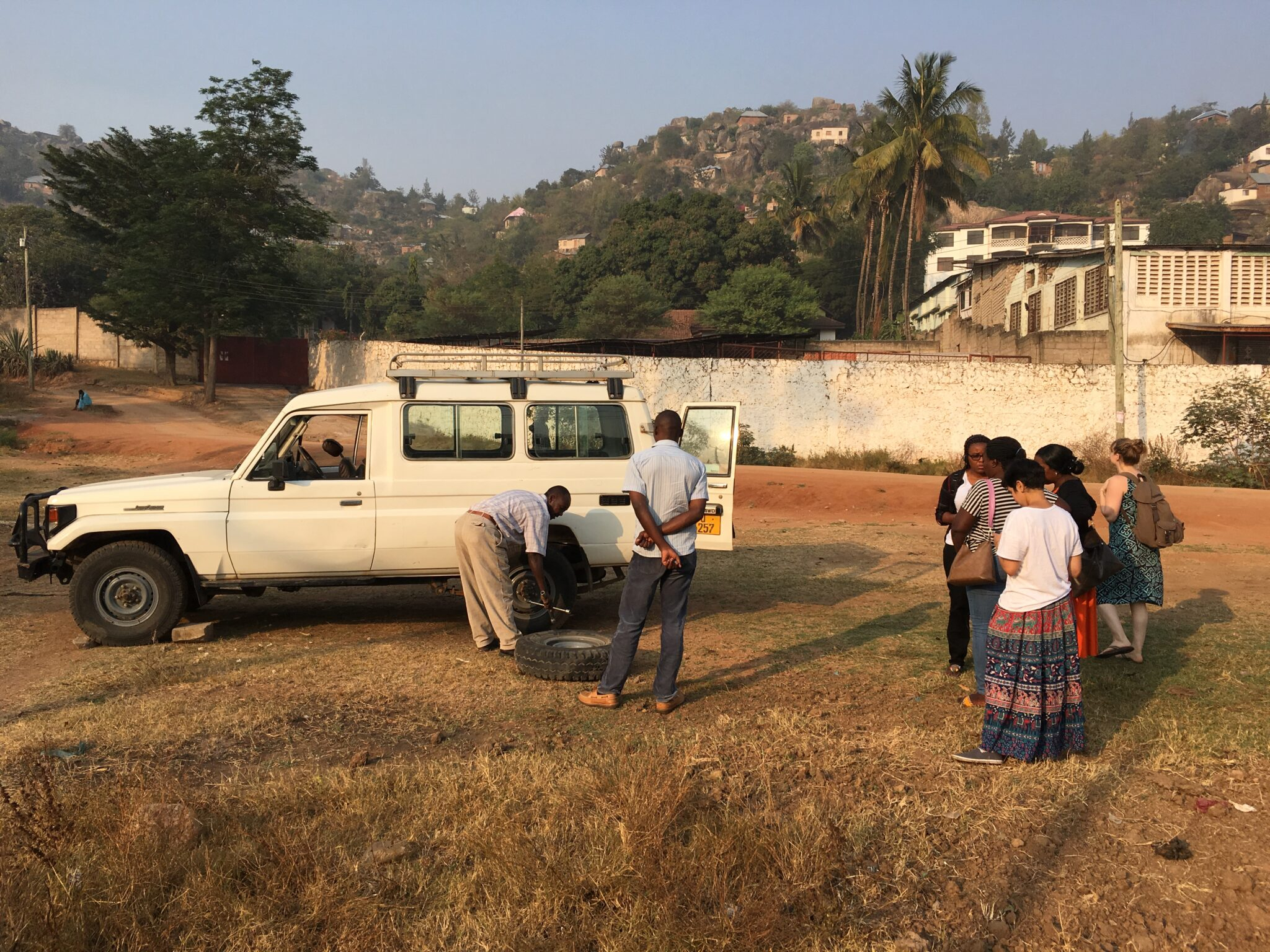 A flat tire being replaced in the midst of fieldwork in Mwanza, Tanzania. Courtesy of David Lawson

Nowadays, however, the sun has set on such a mentality.

Cross-cultural research  — as it is called — and the data obtained from such research, has thus exploded in popularity and become, as David Lawson, a professor of anthropology at UC Santa Barbara said, a “commodity” in the social sciences.

“Researchers across the social sciences are increasingly interested in cross-cultural research, often requiring collecting data in others countries,” Lawson said. Lawson has collaborated with local researchers at the National Institute for Medical Research in Mwanza, Tanzania, for over 10 years.

However, as cross-cultural research has become more commonplace, and more collaboration between local and stateside — or European — academics has taken place, those in relatively lower income countries find themselves locked out of the processes and infrastructure needed to obtain authorship or other types of compensation for the essential work that they do.

At times it can lead to an environment which is extractive, or even colonial, Lawson said.

Lawson and his colleagues, including Mark Urassa and Joyce Wamoyi at the National Institute for Medical Research in Mwanza, Tanzania, Eshetu Gurmu at Addis Ababa University in Ethiopia, Purnima Madhivanan at the Public Health Research Institute of India and Caitlyn Placek at Ball State University in Indiana, have brought forth recommendations  intending to start a conversation and hopefully spur positive changes when it comes to this problem, which remains unaddressed and rarely spoken of in academia.

“We can take a range of proactive actions, including being very clear that current fieldwork practices are often in need of improvement. And that’s a conversation that might be difficult to have with your advisor or with your colleagues at an early stage, but hopefully a comment like this encourages that dialogue,” Lawson said.

On the institutional level, oftentimes the infrastructure and pipelines for research funding, for instance, serve as an obstacle to the proper incorporation of local collaborators and researchers.

“So for example, a graduate student might want to go and do fieldwork in another country, but they wouldn’t necessarily be encouraged to seek out local experts before visiting a study community. They maybe would just get ethical approval and then go to that community and work directly with them, which circumvents local institutions and may not allow opportunities to share grant funding,” Lawson said.

Among their recommendations to mend this unequal relationship include campaigning funders to ensure that grant sharing between institutions in higher and lower-middle income countries is easier and more equitable, embracing open-access publishing, developing and enforcing ethical review procedures, rewarding those who take the time and effort to cultivate equitable collaborations, and sharing unused equipment with lower-middle income country partners, among many others.

Urassa, a longtime colleague of Lawson and the lead author of the perspective piece, also noted the changes which local researchers and institutions must take in lockstep with American and European institutions.

“It was important to us to recognize that effort is needed on both sides,” Urassa said. “Visiting researchers must pay fairly for the skilled labor of local researchers and respect the jurisdiction of national institutions. Lower income countries can also do more to take advantage of existing opportunities for collaboration and invest in the career aspirations of our junior social scientists as future research leaders.”

However, Lawson is still hopeful and hopes that his colleagues see their perspective piece as an ultimately positive and optimistic one.

“There are … complications with anthropological research because we often do work with very isolated, marginalized groups. Maybe there’s tensions between that group and national governments, and so on,” Lawson said.

“It can be difficult, but we can set intentions, And we can think about getting around those problems. After all anthropologists are meant to be experts in cultural diversity and different perspectives. We should be able to handle that kind of challenge.”