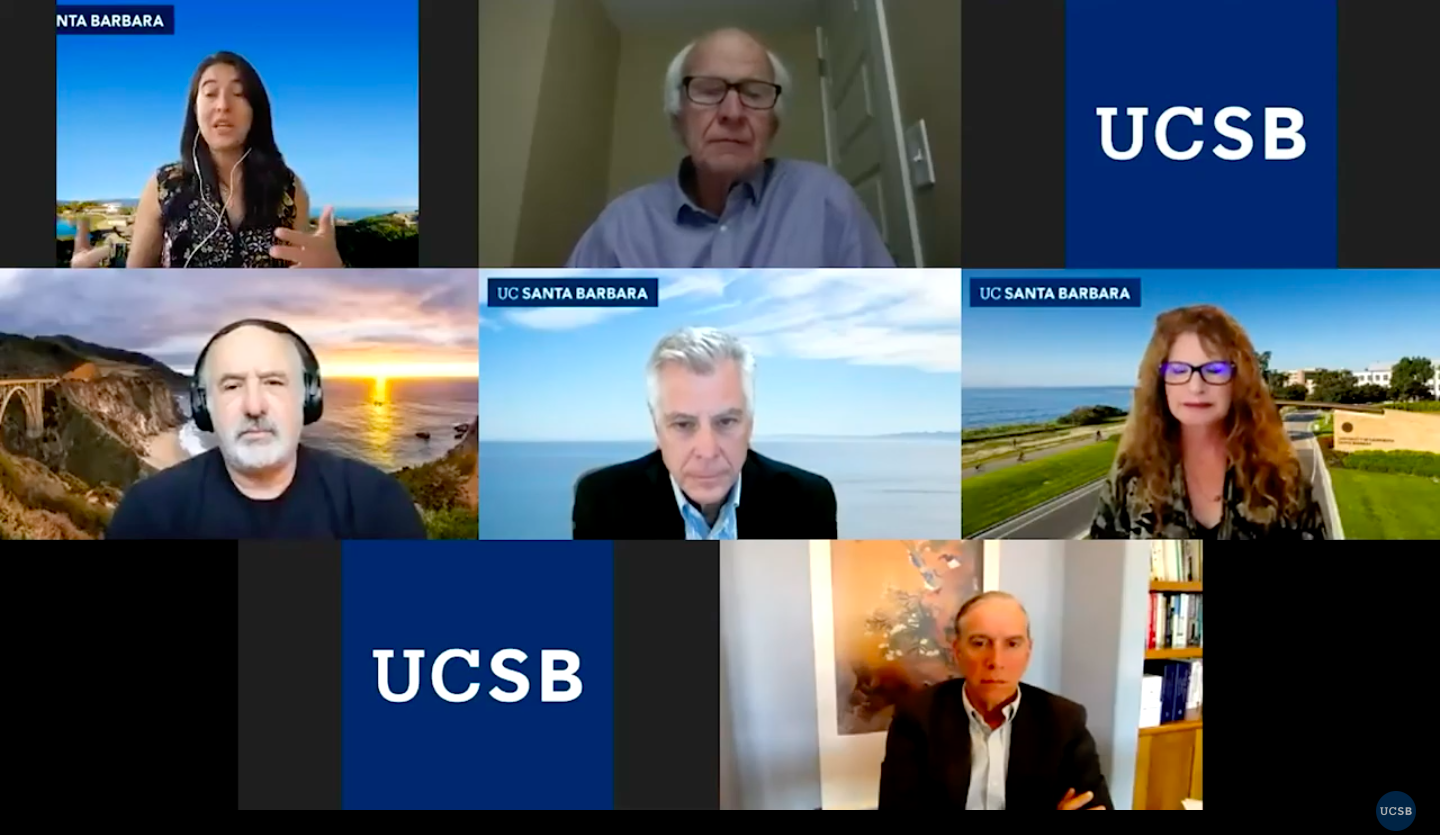 Questions were submitted by attendees prior to the panel and pre-selected by Estrada, then answered by the panelists after the discussion concluded.

Estrada opened up the discussion with a question about the efficacy of the vaccines: “What degree of protection do the vaccines provide in terms of symptoms and of severity of disease?”

Grafton said that to be approved by the U.S. Food & Drug Administration (FDA), the vaccine’s maker has to show that it prevents disease at least 50% of the time. The Moderna, Pfizer and Johnson & Johnson vaccines have all been shown to be at least 85% effective at preventing hospitalization, severe disease and death — a “phenomenal” result, according to Grafton.

Some mild adverse effects possible after getting the vaccine include “injection-site pain, muscle pains, joint aches and flu-like illnesses or fevers that last for a day or two,” he said, stressing that the side-effects do not indicate the efficacy of the vaccines.

“There’s no relationship between efficacy [of the vaccine] and who did or didn’t get symptoms, so don’t panic if you get the vaccine and your arm doesn’t hurt a lot compared to someone else’s,” Grafton said.

Arias said that based off of data from clinical trials for the vaccines, most adverse effects have been quickly remedied.

“The majority of the adverse effects that we’re seeing in the people vaccinated are cured within the first couple of days following the vaccine … we’re really not seeing [many] reports of these adverse effects which is pretty encouraging and it’s looking like these vaccines are safer and safer as time goes by and as more people get vaccinated,” Arias said.

Panelists briefly discussed differences between vaccines: the Moderna and Pfizer vaccines are both mRNA based while the Johnson & Johnson vaccine is DNA based. All three vaccines are markedly different from live-attenuated vaccines, which contain a weakened version of the live virus, Samuel said.

“The mRNA vaccines represent a new approach to immunization. By contrast, live-attenuated vaccines have a very long history and we’re more familiar with them,” Samuel said, explaining that the mRNA vaccines replicate the “spike protein” from the virus, allowing the body to learn how to protect itself from the live virus instead of carrying it.

However, the Johnson & Johnson vaccine — which was approved by the FDA at the end of February — stores the spike protein instructions in DNA, which is less fragile than RNA, and is administered in only one dose. While the vaccine has shown to be 66% effective in preventing mild to moderate disease, lower than that of the Pfizer and Moderna vaccines, Grafton said that a lone statistic should not be a deciding factor nor be directly compared to the mRNA vaccines and their effectiveness in preventing hospitalization, severe disease and death.

Arias stressed the importance of the vaccines in light of new, emerging variants of the virus. She said the variants are not unexpected and are part of the “natural evolution of the virus” as it duplicates and accumulates mutations that create different strains of the virus.

“These vaccines are going to be our best line of defense … we have seen already that they are offering protection against some of the variants, and may also offer protection for some of the variants that could arise in the future, so I think it is important not to wait and get the vaccine, if you are able to, as soon as possible,” Arias said.

Arias added that “booster shots” for vaccines can be easily manufactured if needed in the future to aid with protection against variants.

Arias also noted that there is no data yet for the efficacy of the vaccines among children, and it is crucial to understand how effective they are among young populations. Data can be expected roughly this summer, she said.

The conversation then moved to the importance of non-medical interventions to combat the virus, like masks and social distancing. Incandela explained the mechanics of infection, which spreads usually through projectile droplets from coughing, sneezing or touching surfaces on which the droplets land.

“What I think was underestimated [were aerosols] and the impact they have,” Incandela said. “The reason they’re a serious concern is that they don’t fall to the ground [or] follow surfaces, and don’t get cleaned up — they float, and they can accumulate and the virus can remain viable in aerosols for several hours.”

This makes it important to wear masks properly, Incandela said, recommending the “double-masking” technique of wearing a surgical mask under a cloth mask to attain a higher filtering capability.

Incandela explained that the winter surge the country experienced was likely due to more people gathering indoors — where the threat of aerosols is most prevalent — along with the “pandemic fatigue” phenomenon.

“As the case loads drop, people let down their guards,” Incandela said. “We’re approaching a period where with the vaccine, if we continue to work well, I think we can really get things under control … and so it’s very important that people right now really act with discipline. I know it’s hard, and we’re all tired of it, but this is the time to do it.”

Feinstein added that acting with discipline is something that should be maintained even after getting the vaccine, and that it takes roughly two weeks after the last dose for the vaccine to take full effect.

“Getting the injection is not a ‘get-out-of jail’ pass,” Feinstein said.