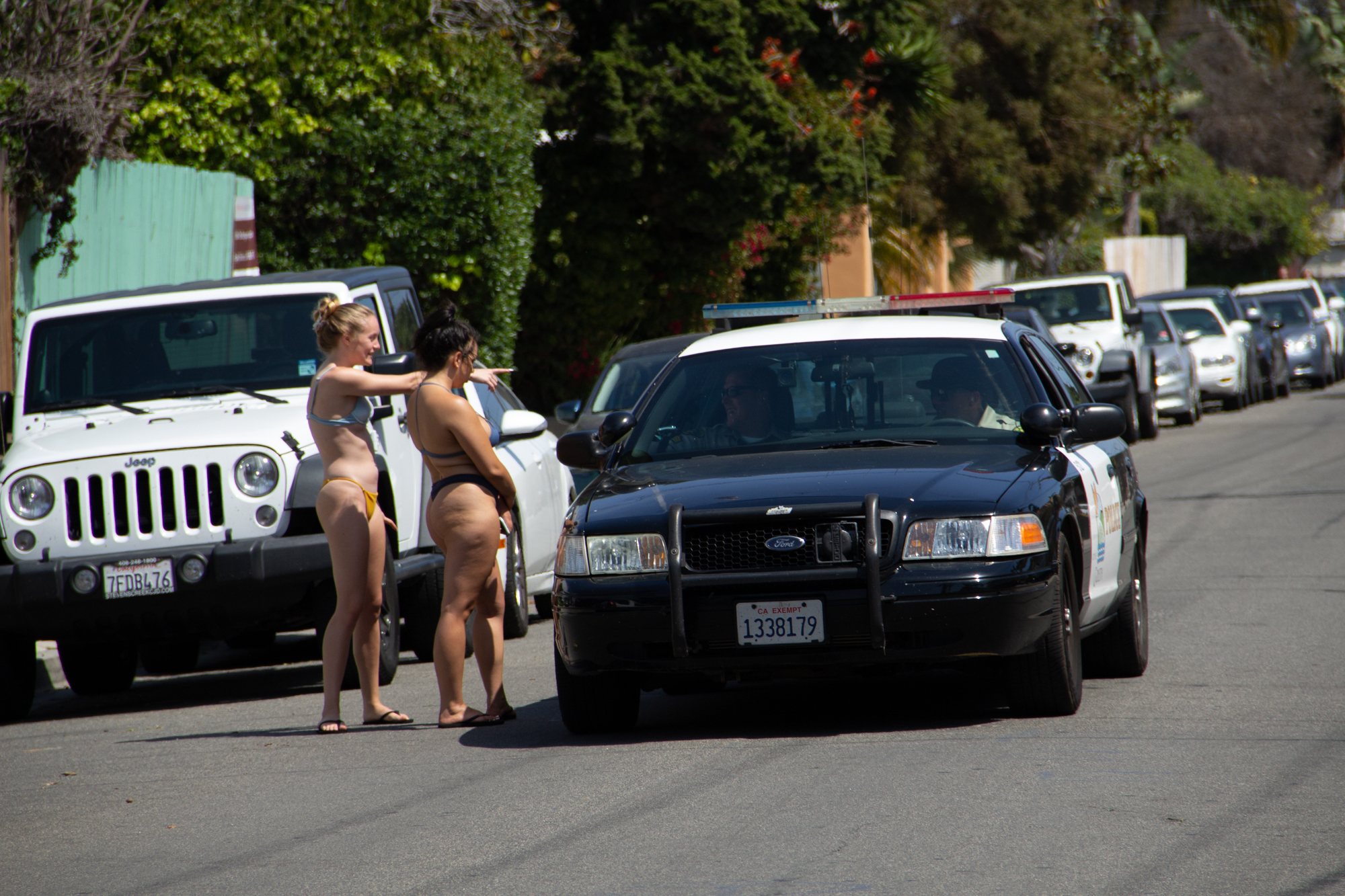 Gina Fischer, representative for Third District Supervisor Joan Hartmann, said that despite the progress the county has made in its COVID-19 case metrics, there is fear that Deltopia could be the superspreader event that undoes that progress.

“So much is at stake right now. [K-12] schools just got to re-open. Our economy is re-opening. As our Health Officer, Dr. Henning Ansorg has stated, ‘We have worked hard to get our kids back to in person learning. It is in our control to keep this in place. With new, more dangerous, variants now detected in our community, an uptick in cases can happen quickly if we do not continue to practice the needed safety precautions,’” Fischer said in an email to the Nexus.

This year, the UC Irvine and UC Los Angeles Police Departments (UCPD) are coming to I.V. to assist UC Santa Barbara’s Police Department and the Isla Vista Foot Patrol (IVFP), according to Fischer. According to IVFP Community Resource Deputy Justin Schroeder, law enforcement will be working to mitigate large parties or gatherings of more than three households, as stated in California gathering guidelines.

UCPD and IVFP will put up blockades, should driving conditions become unsafe as a result of large crowds. Fencing will be put in certain areas around campus including by San Rafael Residence Hall, an entry point to campus near Del Playa Drive. In addition, there will be a parking restriction at the 6500 block of Trigo Road in I.V.

At last year’s Deltopia, however, none of those measures saw use because many students had either left town or were adhering to COVID-19 mitigation measures.

Outside of town, there will be parking restrictions in Goleta in the following locations: Camino Real Marketplace, Girsh Park, University Village Plaza, Hollister Village, the Target center, Fairview Center and Calle Real Center.

“The goal there is to initially take that educational approach, and so if we see a large gathering forming, maybe many beer pong tables set up, somebody bringing in stacks of red solo cups, handles of booze from Costco … my team can kind of step in early, remind them of the COVID rules that are in place, and that if they choose to continue with that party they could be subject to a citation,” Schoeder said. “The goal there is to do that outreach when people are still sober, before the party is really going because once the booze starts flowing and the music’s bumping and there’s 100 people — it’s a lot harder to reach that party host to do that education and enforcement.”

Schroeder clarified that law enforcement will only be educating residents about local ordinances when they see the potential for a violation, not when an actual violation is occurring. When they see a violation, officers will shut down the gathering and issue the host a citation or fine.

“Early in the day, say we see these parties setting up, there may only be three or four people from the same household. They’re not technically in violation of that public health order yet because they all live there and there’s only three or four of them, but you can tell they’re setting up a party. That would be where we step in and do that education piece because we can’t write a citation to those three or four people — they’re not doing anything wrong yet,” Schroeder said.

“Say we get to 2:34 p.m., we walk by that same house, and now there’s 80 people there. There is no longer going to be an educational piece, we will step in and take enforcement at that point because clearly the education that we did didn’t work,” he continued.

The County Festival Music Ordinance will be in effect this weekend, according Fischer, which prohibits loud, amplified music from 6 p.m. to 7 a.m., with a fine of up to $500. The noise ordinance, open container and public intoxication laws will also be in effect as usual.

In addition to ordinances and public health orders, beaches in Isla Vista will be closed Friday through Sunday this weekend and the next “due to the potential for a ‘Floatopia,’” according to a Santa Barbara County press release.

“Following the Floatopia event of 2009, the beaches at Isla Vista were left strewn with trash and debris, including human waste. This large-scale event with thousands of participants had no provision for the health and well-being of the public, including no facilities for human sanitation or refuse collection,” the press release stated.

The Isla Vista Community Services District (I.V. CSD) is distributing door hangers with information about alternative, virtual events for Isla Vista residents to partake in, including virtual games from 3 p.m. to 6 p.m. this Saturday with $1,000 in prizes hosted by UCSB’s Recreation Center, the Associated Students’ virtual concert in the evening and the opportunity for 1,000 students to receive a DoorDash gift card after registering and promising to engage in COVID-19-safe behavior.

The I.V. CSD’s door hanger will also have information about the rapid testing available to residents at the Isla Vista Theater from 12 p.m. to 5 p.m. on April 3. Results are available in as soon as 15 minutes.

The I.V. CSD will also be setting up a safety station at Little Acorn Park from 12 p.m. to 2 a.m., where residents can find personal protection equipment, water and ask for Community Service Officers to escort them home. Police escorts can also be requested by calling (805) 893-2000.

In addition to hosting virtual, alternative events, the university has placed parking restrictions and re-emphasized its no-guest policy for campus housing and parking lots.

Schroeder doesn’t anticipate crowds as large as previous Deltopias. However, he asked residents to follow public health orders and local health ordinances in a year where a pandemic has changed what could be at stake with this annual tradition.

“Please, please, please follow those guidelines, don’t host large gatherings, wear your masks,” Schroeder said. “We just want to keep everybody safe in every way and that includes COVID.”

Anyone who wants to see large gatherings where not a single person is wearing a mask need only take a walk on the beach in the afternoon.

No student loan forgiveness for those who endanger the public health.