The Daily Nexus
Sign of the Times
Is Entertainment More Important Than Science?
April 1, 2021 at 9:00 am by Athina Mihalopoulos 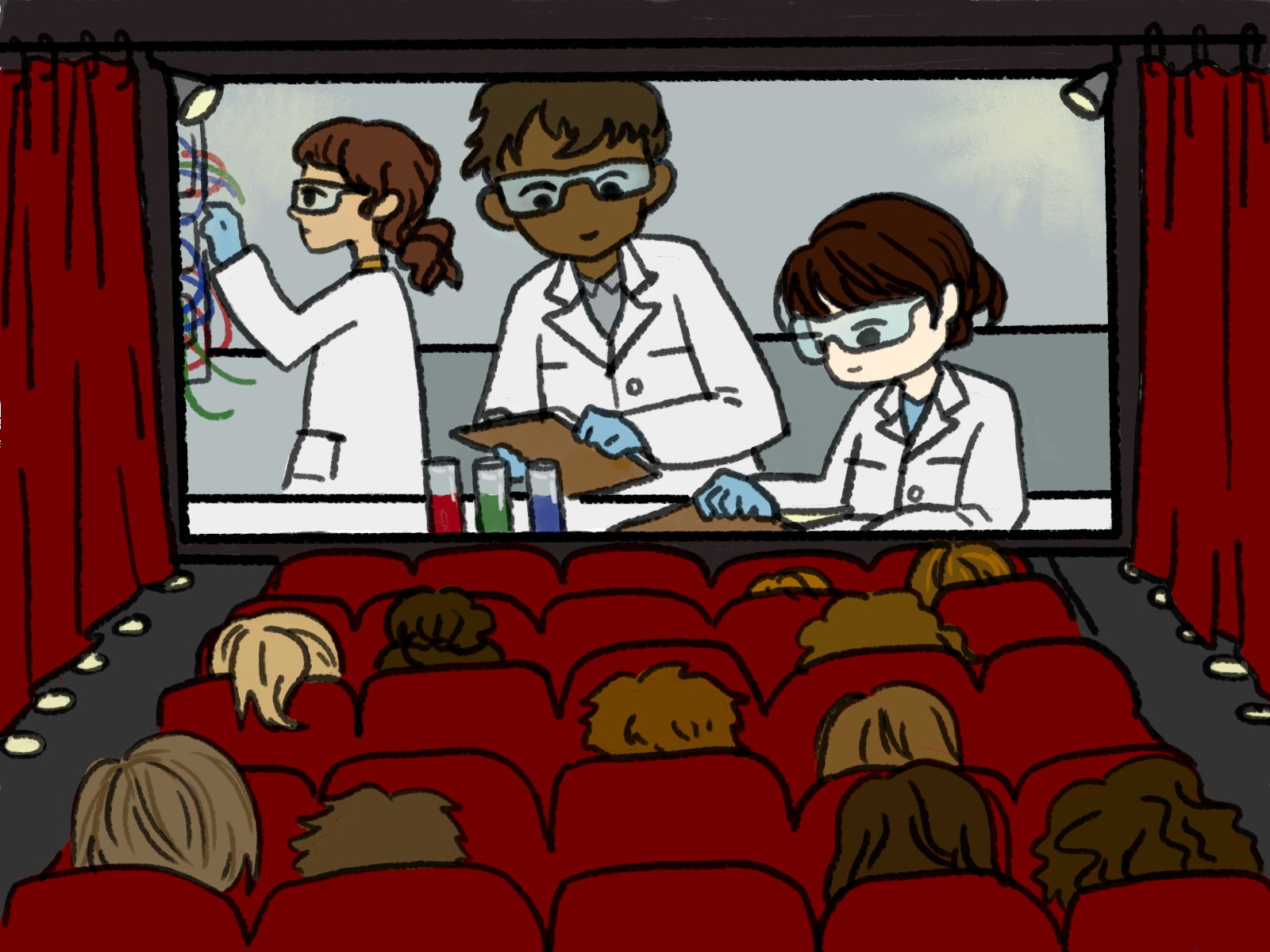 The whole world revolves around them: actors, singers, models, athletes and TV personalities. If I scroll through Instagram, Snapchat or any social media newsfeed, I get too familiar.

I have nothing against the entertainment industry and celebrities. I think they’re talented in their field and do a lot of good with their work. What I can’t see is what their big contribution to the world is other than entertainment. It seems as if entertainment has become a first priority and the uttermost thing that the world cares about.

The problem is that by idolizing the entertainment industry so much, we sometimes completely forget about the things that are truly important and that are changing our world. The screen that you’re reading this from right now wouldn’t have existed if someone hadn’t discovered how the wavelengths of light work. The same thing goes for when you FaceTime a loved one from the other side of the globe, or how you can leave LA and be in NY in under six hours. These are all things that are taken for granted now but are made possible by hard work and years of studying done by specific scientists, most of whom probably receive little recognition for their accomplishments.

Here’s an example. You probably know who Leonardo DiCaprio is — a very talented American actor and film producer — who has gifted the world with some of the most successful films in history. But then you probably don’t know who Cori Bargmann is. Bargmann is a scientist who is uncovering the causes of Alzheimer’s and autism, which have been unknown for years. Both are very talented in their fields; however, it’s logical to argue that Bargmann’s contribution to the world is much more important.

What I think is wrong here, though, is that DiCaprio’s net worth is $260 million dollars, while Bargmann’s is less than $1 million dollars. DiCaprio is definitely talented and has worked hard to give us such good films, but Bargmann is working for something that can save thousands of humans who are suffering. And just because our society prefers to idolize the entertainment industry instead of science and medicine, she gets paid much less than she deserves.

Imagine if the money that every Hollywood actor and director makes went into medical research and pharmaceuticals. It would be so much easier for scientists to diagnose diseases and unknown viruses.

So, if it would benefit the world so much to invest all of our time and attention toward scientists, why don’t we do it? Why don’t we make scientists our new “celebrities,” if they are the ones that deserve it the most? I believe that there are plenty of reasons that stop this vision from becoming a reality.

First of all, we like being entertained. Most people might not praise scientists because it’s not something entertaining. People will care more about the latest drama of Charli D’Amelio or Brad Pitt’s upcoming new movie, rather than NASA’s most current space exploration that might change the way we live our lives. That’s not because we’re careless human beings. It’s because we simply like being entertained. We love aesthetic lifestyles, pretty faces and easy-to-digest information. It’s easier to care about simple stuff rather than scientific, complicated things.

Another reason is that most scientists don’t like being in the spotlight. There are studies that have identified the personality traits of people most likely to become scientists. They’re mostly reserved, introverted and like to have privacy. Even if we gave them that much attention, they wouldn’t be so excited to be followed by paparazzi all day or get invited to events every weekend. They’re busy people, which explains why they haven’t attracted the media the same way that performers have.

Also, it’s not as if we could make a worldwide announcement and say: “From now on, every human is commanded to idolize scientists and make them their No.1 choice of attention.” People have free will and the right to be interested in whatever they want to be. Unfortunately, no one can make you instantly interested in science. Even if you care about science’s contributions and you want to give scientists more recognition, you can’t do it only by your will to do better. It has to come from your will to actually make a scientist your idol and main interest.

Therefore, it’s very unlikely that scientists will ever become the “celebrities” of modern days. Even in the middle of a pandemic, science is still not as popular as entertainment. However, interest in science has definitely risen since the pandemic began. Studies have shown that young people are more interested in a scientific career as a result of COVID-19.

The pandemic has also made known some scientists who have suddenly started appearing on TVand guiding us on how to get protected from this deadly virus. We didn’t know who Dr. Anthony Fauci was before March 2020, and now he is recognized as “America’s Doctor”.  All the scientists who emerged the past year have gained public recognition due to unprecedented circumstances but still didn’t see their bank account growing.

Maybe that’s the start of the development of a different point of view against science for future generations. It would be extremely interesting to witness the world waking up and realizing the exceptional contribution of scientists.

Athina Mihalopoulos emphasizes that scientists deserve more recognition and higher salaries in the period of an ongoing global pandemic.