The Daily Nexus
Science & Tech
Following Negotiations, Environmentalists and Indigenous Activists Must Raise $20 Million in 90 Days To Protect West Mesa
March 22, 2021 at 7:00 am by Sean Crommelin

At noon, on March 10, Save the San Marcos Foothills and the Chadmar Group held a joint press conference to publicly announce the stipulations of a purchase agreement between the two groups. Since summer, Save the San Marcos Foothills has campaigned in the name of protecting the West Mesa property, a controversial site — currently home to undeveloped open space — where eight homes have been approved for construction by the Chadmar Group since 2005. 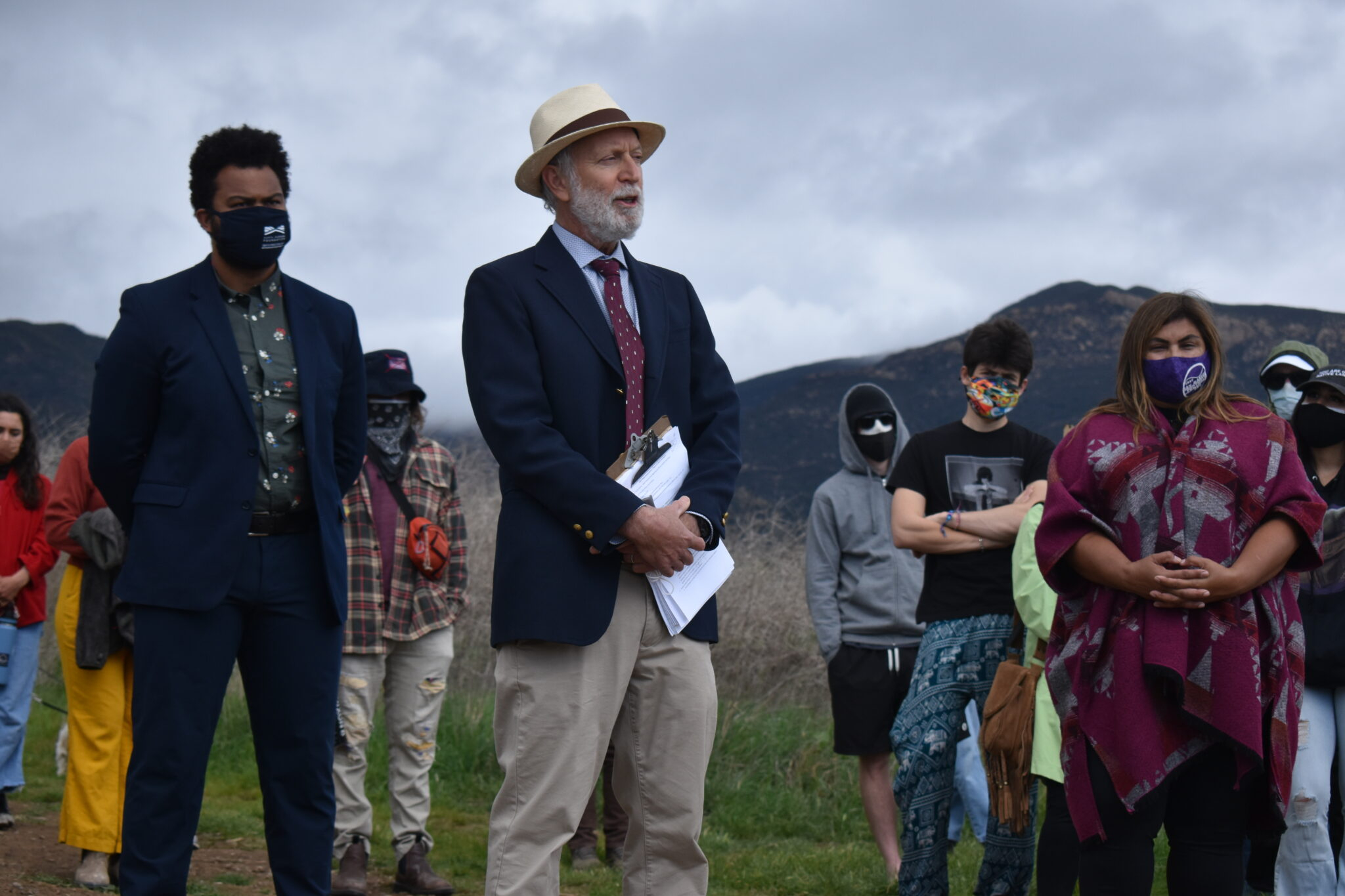 Held just beyond the entrance to the West Mesa, the joint press event was the first to address the public regarding the fruits of a weeks-long negotiation between the two parties.

“We’re hoping that this campaign, this effort, this opportunity to purchase these lands will provide a means to expand the preserve to include all 300 acres, and it could be managed under a common benefit with the county,” Marc Chytilo, an environmental attorney working with Save the San Marcos Foothills, said during the event.

Prominent speakers at the event were Chytilo, Charles Lande, the CEO of the Chadmar Group, Gregg Hart, the Santa Barbara County supervisor for the Second District, and Jordan Killebrew, the director of communications with the Santa Barbara Foundation.

In addition, the land has historical ties to the Chumash Nation.

To many in the community, the boundary between the public and private land parcels are indistinguishable from one another, viewed as one and the same. Channel Islands Restoration, an organization that works to restore habitat on the Channel Islands and open space in the adjacent South Coast, has been performing habitat restoration on parts of the San Marcos Foothills Preserve since 2010.

On Feb. 25, eight protesters — including four Chumash women — were arrested for blocking a bulldozer which had been brought in by contractors working with the Chadmar Group.

Following that, a sit-in, carried out by various members of the Chumash community, other Indigenous activists and allies, including Seeds to Forest Defense, members of Save the San Marcos Foothills and others opposing the development, was orchestrated with the goal of preventing contractors from beginning work on the West Mesa.

Simultaneously, Save the San Marcos Foothills and the Chadmar Group began engaging in legal negotiations with the aim of reaching a purchase agreement regarding the West Mesa property. Save the San Marcos Foothills was optimistic that the agreement would be reached by Monday, March 1. However, negotiations actually lasted over a week beyond that date.

The money must be raised within a 90-day window, with the final deadline June 2, 2021, wherein all 18 million dollars are due. If 90 days have elapsed and the funds have not been procured, Save the San Marcos Foothills has agreed not to further oppose “any final permits, approvals, or the construction,” according to the joint statement.

“If we do not succeed in that 90 days, the property will be free to be developed, we will withdraw our objections to organizations that are party to this agreement and have no further objections to Mr. Lande and his team moving forward with their development,” Chytilo said.

As of March 22, 2 million dollars have been raised.

“Because of the short time frame, the state and federal grant funding sources that would ordinarily be available for a campaign of this nature are not going to be available” Chytilo said.

“We are very much looking to our community in Santa Barbara,” Chytilo said.

Despite the steep price tag for the land, Hart expressed hope for the campaign, noting that other properties were able to be protected as public open space in the past through community efforts.

“We’ve done this as a community, many times … [with] the preservation of Shoreline Park, the Douglas Family Preserve, Sperling Preserve. We have had chances like this to step forward as a community, raise dollars and protect property,” Hart said.

In order to carry this out, the Foothills Forever Fund, a fiscal sponsorship fund at the Santa Barbara Foundation, has been established to collect donations from the broader community.

Many Indigenous protesters who participated in the sit-in — some of whom were arrested in February — did not speak at the press event and are not party to the purchase agreement between Save the San Marcos Foothills and the Chadmar Group.

“All of our intentions and hopes are that we will raise the money and save the land, but it’s hard to sit here and see money being transacted when the people that stole the land should be just giving it back,” one protester, who chose to remain anonymous, said.

Some protesters who gathered at the gate leading into West Mesa expressed frustration with the press event, deeming it performative.

Others took issue with the removal of protest signage which formerly lined the gate marking the entrance to the West Mesa.

Even in the event that the money cannot be raised within the 90-day timeframe, these community members and their allies have expressed determination to continue in their efforts to ensure the land is protected and prevent the development from proceeding.

“I don’t know about everybody else but we’re gonna do whatever it takes. If that means coming here and speaking in front of the gate again, you know, we’re ready to do that. We’re ready to do that tonight, even if it rains. We’re gonna protect this land at all costs,” a protester, who chose to remain anonymous, said.

Great story Sean! I’m glad the Nexus is covering this preservation effort. One slight correction: Channel Islands Restoration has only worked on the San Marcos Foothills Preserve, and not on the West Mesa.