For the Asian international student community, the Lunar New Year, which began on Feb. 12,  looked different this year.

The day, which marks the beginning of a year in the traditional calendar used in East Asian countries such as China, Korea and Vietnam, is meant to be a time of family reunion.

Due to the COVID-19 pandemic, many students are studying remotely in their home country for the winter quarter and celebrated the festival with family — for the first time since their studies began in the United States. For those who remain in the U.S., the new year appeared less eventful than usual, with friends returning home and the absence of celebrational events hosted by student organizations.

As the new year’s day took place during midterms week, the festival was a mix of coursework and celebrations. Some students who had midterm exams on the morning of Feb. 11 California time reportedly began their exams soon after having family dinner in a timezone 16 hours ahead.

Over the past week, the Nexus collected photos documenting what the Lunar New Year looked like for international students, from unexpected reunions caused by the pandemic to all-nighters before exams.

A version of this article appeared on p.6 of the February 25, 2021 print edition of the Daily Nexus.

Left: A man stood near a decoration vendor on the street of Gaobeidian City, a small town near Beijing. Only a few vendors lined up the street where a market used to be set up, as people were urged not to gather. Although the country has largely returned to normality in the previous year, masks and news of local outbreaks reminded people of the stark nature of the pandemic. (Stone Shi / Daily Nexus) Right: In Lanzhou City of the Gansu Province in western China, a market is dedicated to selling decorative items. (Courtesy of Zhixiong Chen) 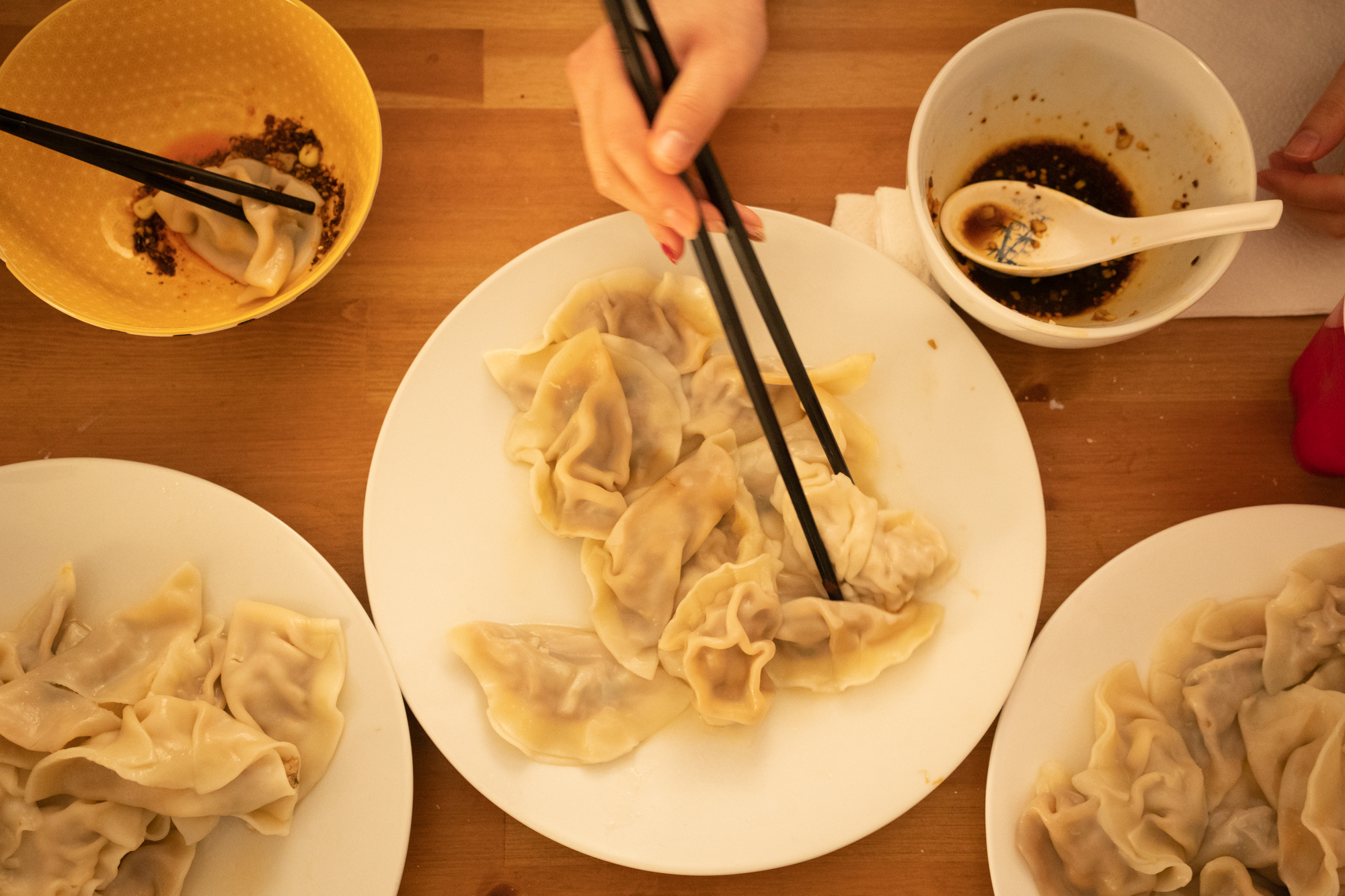 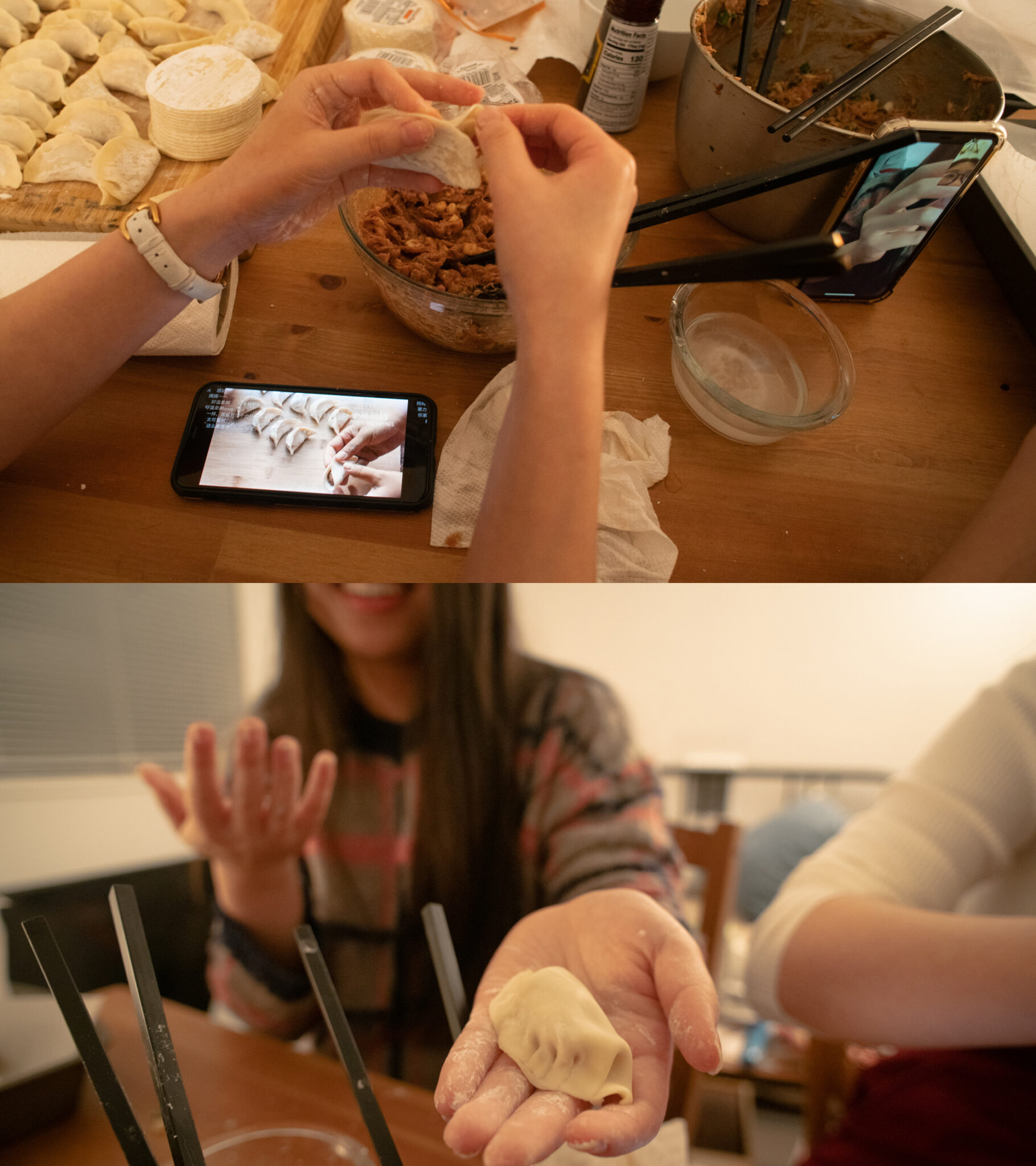 A dinner on the new year’s eve in Isla Vista. Making dumplings is a new year tradition that is especially popular in northern China. For Chinese students remaining in the U.S., it is a relatively achievable way to recreate the festival atmosphere. (Sicheng Wang / Daily Nexus) 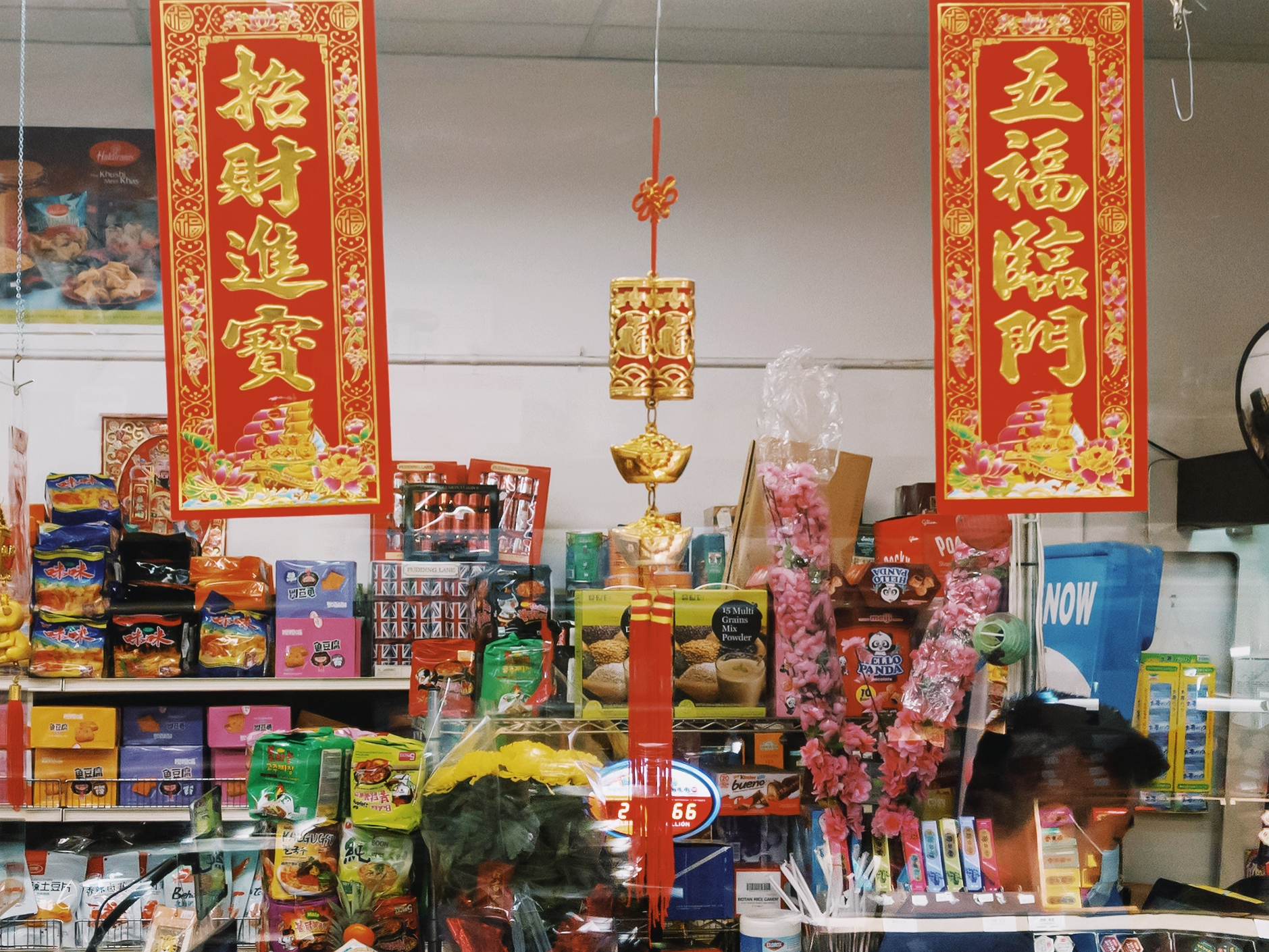 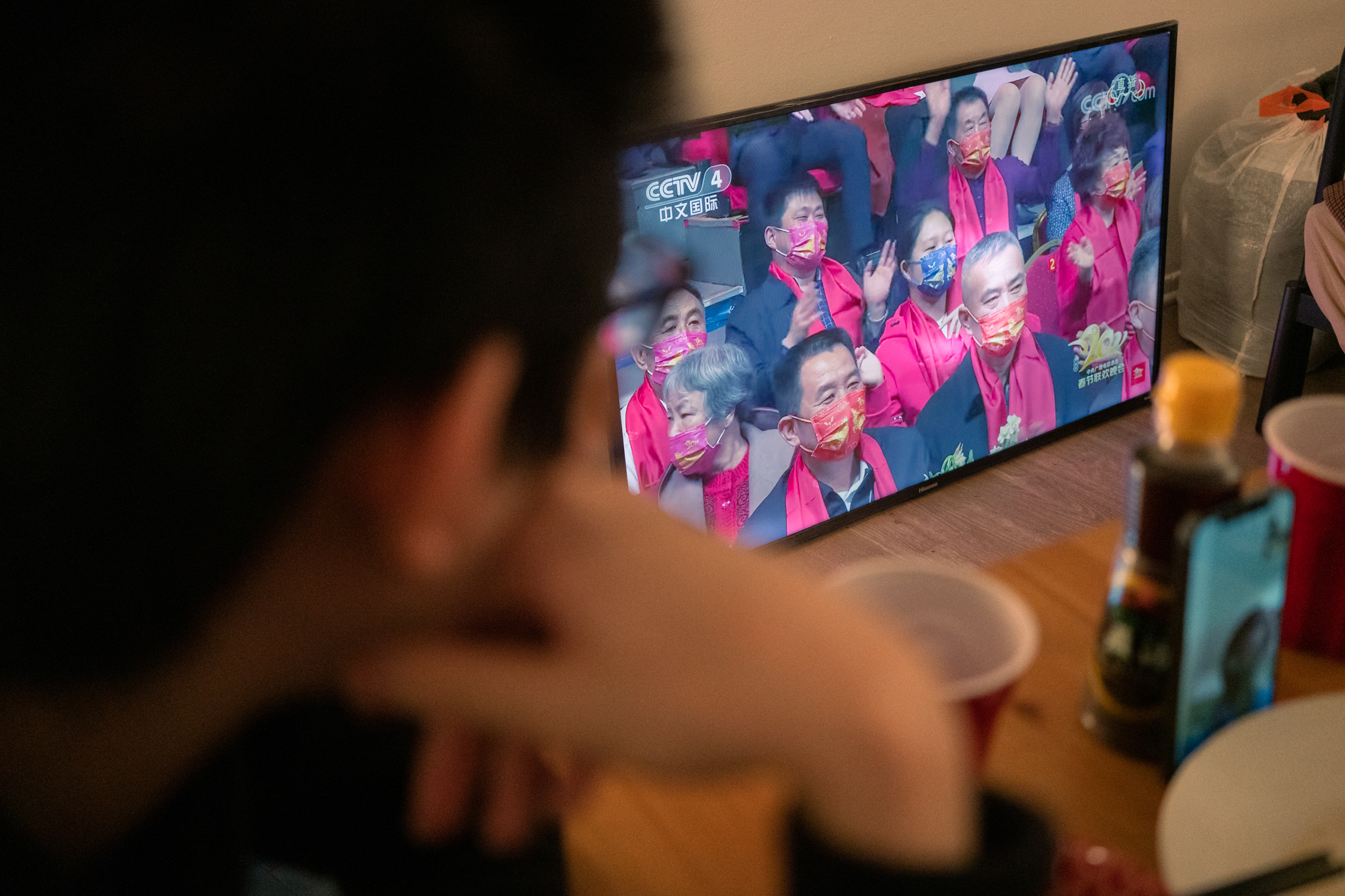 A Chinese student living in Isla Vista watched a replay of the CCTV New Year Evening Gala, during which audiences wore colorfully decorated masks. Watching the five-hour long performance by the state television has been a ceremonial part of the Lunar New Year experience, despite receiving scrutiny for uncreative programming and proliferating propaganda in recent years. (Sicheng Wang / Daily Nexus) 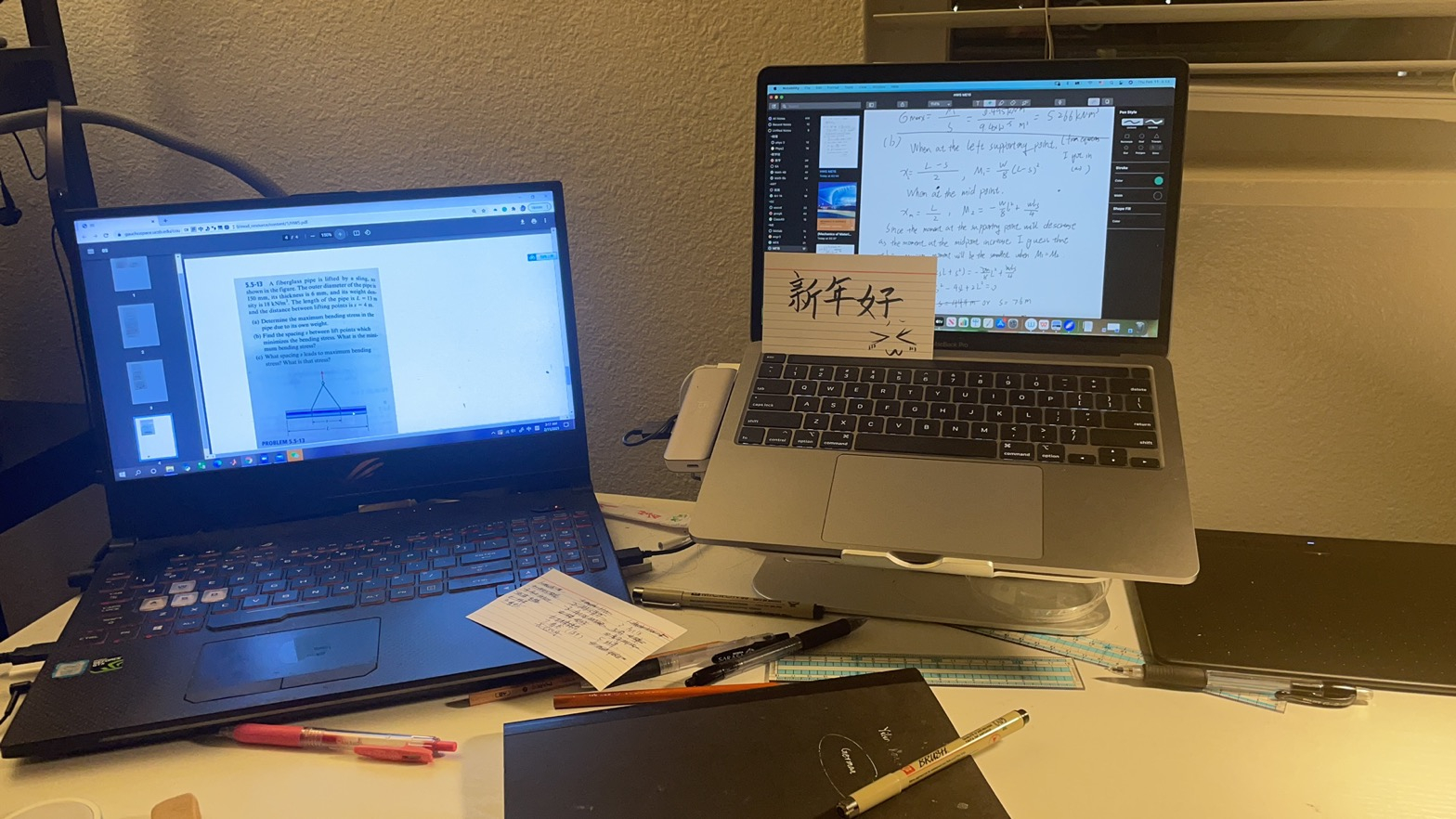 Unfortunately, some had to postpone the festival joy a little for exams. Yilin Kou, a second-year mechanical engineering major, studied for his Strength of Materials class in the evening leading up to the Lunar New Year. (Courtesy of Yilin Kou)