The Daily Nexus
Opinion
A Challenger to the Dick Doodle
March 1, 2021 at 9:00 am by Kylie McCreary 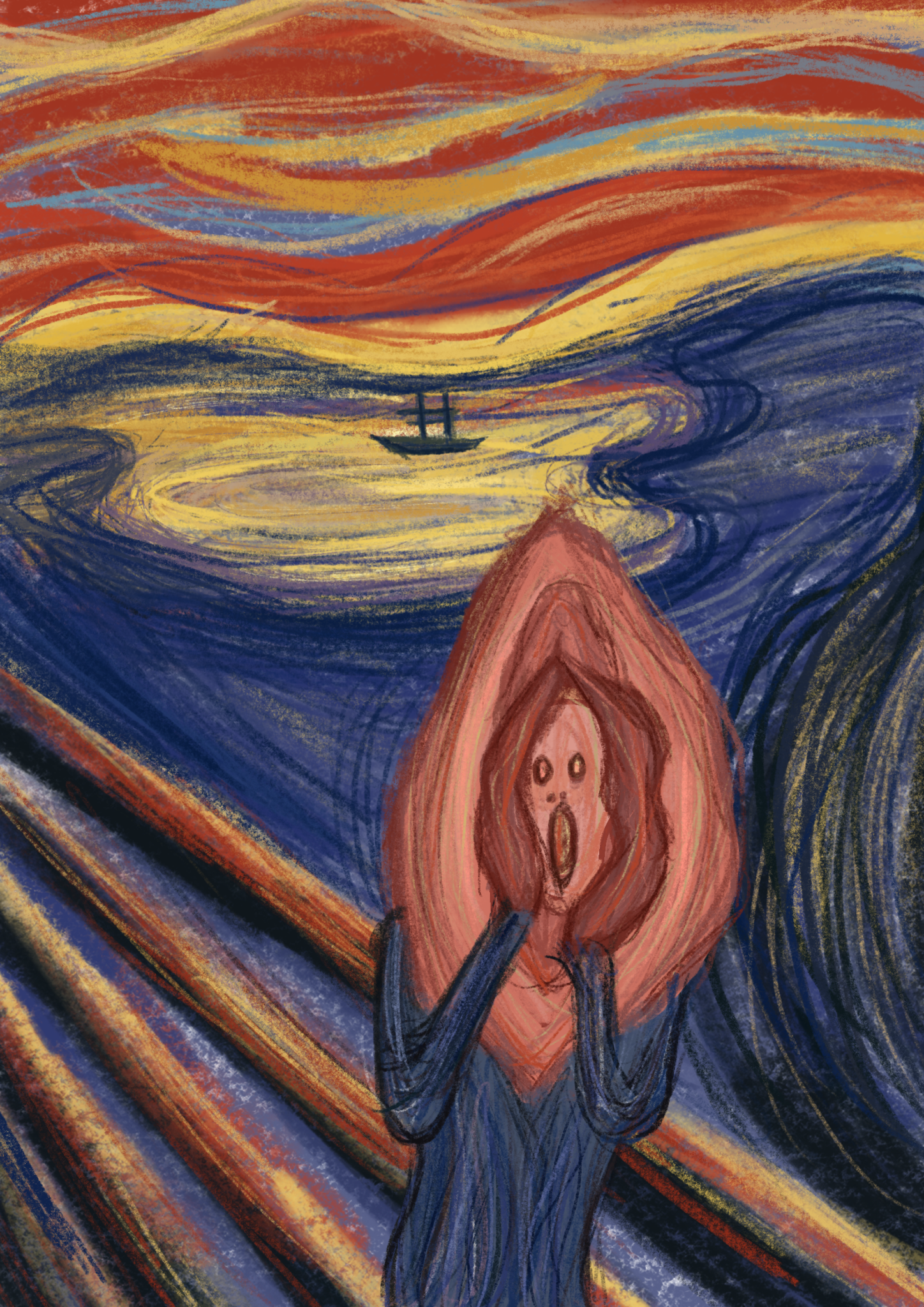 Everyone remembers that scene in “Superbad” where Jonah Hill’s character, Seth, recalls the time in his childhood where he was obsessed with drawing dicks. The movie rolls through a montage of creative ,and frankly impressive, dick drawings that young Seth compiled. Reflecting on this scene recently, I think more people than fictional Seth struggle with this issue.

I mean, I don’t think there are a lot of individuals out there whose wrists impulsively etch phallic shapes when they put their pen to paper. But collectively, as a society, we are obsessed with drawing dicks. In one respect, this is not so peculiar. Genitals are funny and drawing one on something is the easiest way to express some humor. But what’s odd to me is that dicks are statistically, and by statistically I mean purely based on my own observation, the preferred genital to draw. Just take a walk down Del Playa and count the number of dicks to vaginas imprinted on dusty car windows. The competition is shot! But why have vaginas been kicked to the curb and remain underrepresented in the world of commedic immaturity?

It likely has something to do with the meaning Western society has given penises. In an article by Gabby Bess of Vice, psychoanalyst Dr. Vanessa Sinclair discusses why men specifically are obsessed with drawing penises. Based on the Freudian theory that all men have a deep fear of castration, Dr. Sinclair proposes that “…the people who are drawing penises over and over again are trying to assert that they have the power. That they have the phallus and do not lack. That they’re not vulnerable.”

It’s possible my guy friends have just never opened up to me about this, but I don’t think I know a lot of modern men living in fear of a day where their dick gets cut off. However, the fear of this hypothetical removal being so scary to men that they’d need to surround themselves with images of dicks is what I find particularly interesting. The lack of a penis would ensue vulnerability. Dicks represent power and authority.

Both men and women are apt to draw a member over a vagina when they mark up something as a joke. When someone draws a dick on another person’s belongings, it’s a gag. A soft “ha, fuck you! I got you!” It suggests an assertion of power over someone, going against their will and placing an image that is thought to be vulgar to the public and on something of theirs. Between a penis and a vagina, why would a penis be the chosen vulgar symbol for this comedic joust? Well, historically, penises evoke domination and vaginas do not. A penis can communicate a fuck you, wheras vaginas are expected by societal stereotypes to communicate subserviance and apologies.

I feel confident that anyone who is literate and thus reading this is aware that women have historically been oppressed, so I won’t spend too much time trying to prove that point. But, I think the key part of female oppression that is holding the vagina doodles back from taking center stage is that vaginas are often associated with female sexuality, a part of womanhood that has been and continues to be buried in shame. Female body parts are to be covered up and treated like delicate gems that are rarely brought into the light. Putting them out for others to see is thought to be distasteful, disrespectful.

Even when you look at the artwork of the ancient Greeks, as journalist Syreena McFadden did at the Metropolitan Museum of Art in New York, penises are all out on display, sculpted exquisitely, with no detail left behind. However, vaginas remain buried between the closed legs of women.

Additionally, a study done in England showed that 59% of male and 49% of female Britons could not even label female genitalia on a scientific diagram. I understand that the vagina is at a less optimal position for viewing in real life but come on people, the thing gives life to all of the human race. If you can’t bend down and look at a real one, the least you could do is Google it. I know how to draw a bear and I have literally never seen one in my whole life. But why can I draw a bear? It receives plenty of air time in modern media! And even if the images of a bear didn’t, if I knew they existed I would think to myself “hm, what does that look like,” Google it, and say, “ah, dope.”

Yes I am aware that there are plenty of feminists reclaiming the vagina, making its image known, plastering it on protest signs, sharing profound art of the vagina online. I think that is wonderful and necessary. But what I really want is for vaginas to have the freedom to one day be nothing but a joke. (Please don’t take that sentence out of context.) I’m waiting for the day middle schoolers play the “vagina game,” screaming vagina at the top of their lungs and invading people’s ears with thoughts of genitals and sex stuff. I long for the day when no one cringes or gives a side eye or even claps in praise of its social significance. I won’t truly rest until the day that people finally laugh at vaginas and they aren’t seen as mysterious, controversial symbols.