From writer-director Lee Isaac Chung, “Minari” is a staggeringly impactful labor of love. Every inch of the film, from the deeply grounded performances of the cast to the carefully dressed sets, glows with an honest beauty, making the semi-autobiographical production the most intimately touching release of the decade so far. 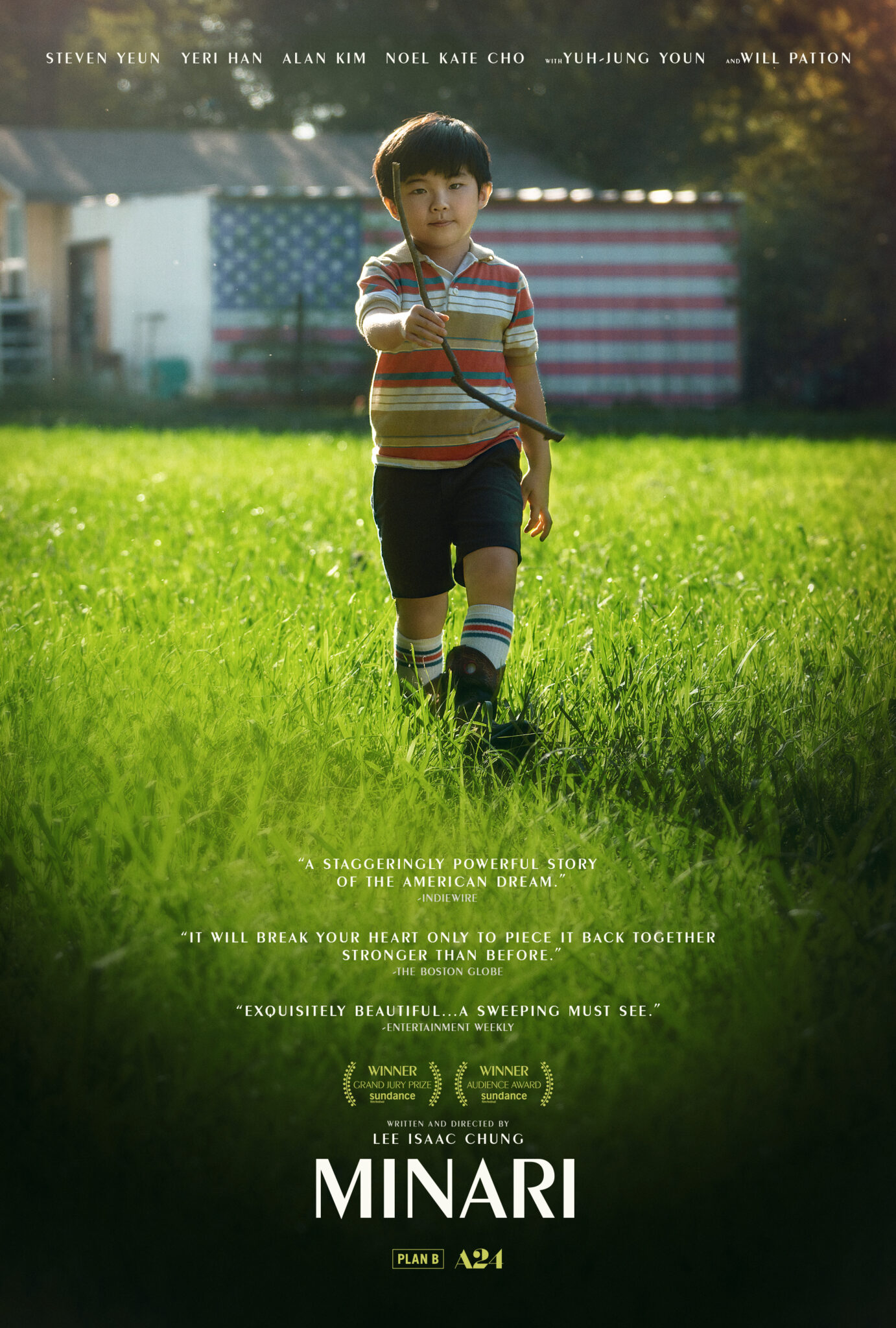 The film follows the Yi family, who move from California to Arkansas so that the father, Jacob (Steven Yeun), may pursue his dream of starting a farm. To help look after the children, as well as to ease the difficult transition to life in an unfamiliar, lonely place, Soon-ja (Youn Yuh-jung), the family’s matriarch, moves from Korea to live with the family and forms a tight bond with each member — particularly 7-year-old David, played by Alan S. Kim.

Each element of the film works together to create a flawlessly cohesive final work. The cinematography, score, sets and costume design, though all gorgeous in their own right, never distract from the central characters and their story. Rather, they work together to serve the story, reinforcing the screenplay’s themes and the actors’ performances rather than making up for them.

“Minari” embraces the beauty of both everyday labor and the natural landscape, as the camera lingers on beautiful nature scenes as well as depictions of everyday household items, like an overflowing dresser or a simmering pot of stew. Lingering shots — of a faucet, a meal, a face — allow us to see a scene change before our eyes. Alternately celebrating the richness of the land and forcing the audience to confront the unflinching difficulty of the family’s life, the cinematography evokes an aching nostalgia firmly rooted in the American pastoral aesthetic.

Reinforcing the tranquility of the cinematography is the film’s tender score, brilliantly composed by American musician Emile Mosseri, who also scored the “The Last Black Man in San Francisco” (2019).

Similarly, the screenplay soars, with every character and emotional arc fitting together in a neat, emotionally complex package. Chung confronts questions of American and Asian-American identity, how a family is meant to fit together and whether or not dreams are worth pursuing. Perhaps most strikingly, through David and Soon-ja’s budding friendship, the screenplay explores how children often have more in common with their grandparents than their parents, culminating in a deeply touching effect.

The cast brilliantly works together to depict an achingly realistic family dynamic. They win our empathy from the start, and each of their victories and failures is felt with the same intensity that the cast depicts. The standout performance of the film comes from Kim, who plays a young boy struggling with his poor health and the arrival of his grandmother from Korea, whom he’s never met. Through his eyes, we see the common struggles of childhood: petty jealousies, sibling rivalries and insurmountable shyness. Though he is the youngest member of an extraordinarily talented cast, Kim cements the fictional Yi family as one of the most well-defined, realistic families of modern cinema.

“Minari” is a movie about real life. It does not shy away from difficult subjects and it maintains an entirely realistic tone throughout. The characters are so well defined that it seems as though viewers could reach through the screen and touch them, or certainly see them in their own family, friends and neighbors.

Every single shot, every gesture and every blade of light in “Minari” burns with resounding tenderness. It finds comfort where there otherwise is none — in food, family and farming. It is staggeringly intimate, to the degree that the film sometimes feels like an intrusion on a real family’s actual life. Indeed, that is the beauty of “Minari”: It gives voice to unspoken American ideals, as well as the most commonly felt struggles of the nation. Though the Golden Globes wrongly classifies it as a foreign language film, “Minari” is one of the truest contributions to the American storytelling tradition.