On Feb. 16, native elders from the Coastal Band of the Chumash Nation and Indigenous activists came together to lead a discussion about the significance of sacred land to Native American cultures and to explore UC Santa Barbara’s legacy as a land-grant university built on Indigenous land, as well as the University of California’s role in funding the Thirty Meter Telescope (TMT) on Mauna Kea, a sacred volcano on the island of Hawai’i. 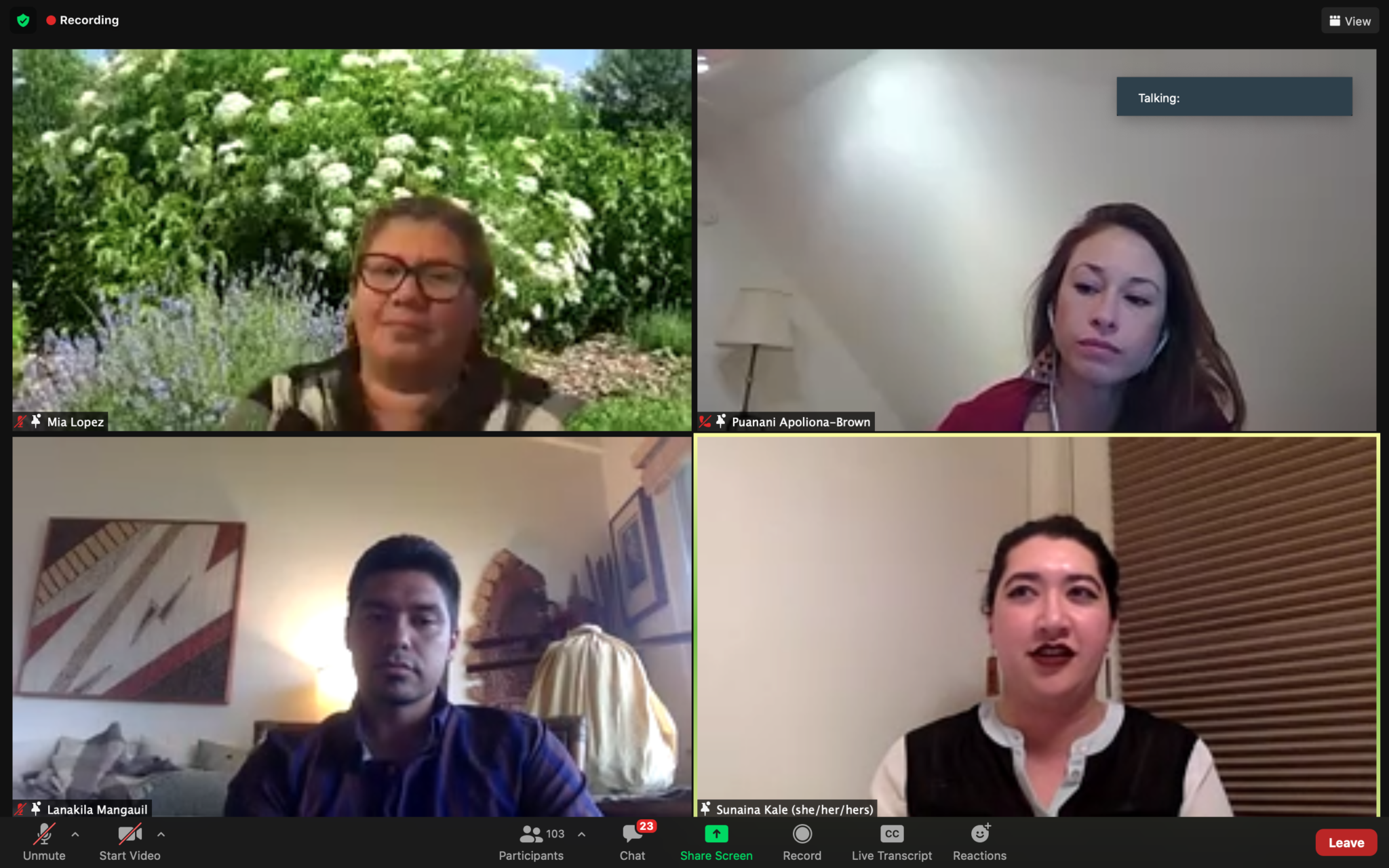 The panel, called “Understanding the Sacred: Listening to Indigenous People and Land,” was held by UCSB’s MultiCultural Center as part of its Conscious Conversations Series and was co-sponsored by the Mauna Kea Protectors, a group fighting for the immediate termination of the construction of the telescope.

The conversation began with a question about the meaning of sacred land, as Hawaiian studies educator Lanakila Mangauil explained that there are several interconnected foundations to the concept such as historical significance, ancestral connections and the “akua,” the Hawaiian word for the gods.

Puanani Apoliona-Brown, a native Hawaiian rights activist and representative of Uprooted & Rising — an organization campaigning for food sovereignty — also spoke to/about the reciprocity of the land, adding that “if you take care of the land, the land will in turn take care of you.”

From a traditionally Western perspective, the synchronization of biodiversity and land cultivation is not viewed as valuable as maximizing resources and introducing new species, all while displacing native people who have cared for the land for centuries. When asked about her organization, Maura Sullivan, a doctoral student and member of the Coastal Band of the Chumash Nation, said that her activism is inspired by her childhood experiences growing up with nature in her Chumash homelands. According to Sullivan, the recent proposal from the U.S. Forest Service for tree-logging in Pine Mountain to prevent fires “plays on our fears and our traumas as people who have suffered through catastrophic fires.”

The UC system has a messy history of profiting from networks of land taken from native people, Mia Lopez, a cultural representative and former tribal leader for the Coastal Band of the Chumash Nation, explained. She said that the people who gave permission to the governments and institutions to trade these lands were not a part of the communities to which they belonged.

When asked about UCSB’s role in the TMT program, Mangauil went into detail about his communication with Chancellor Henry T. Yang. A few years ago, Mangauil said he spoke with Chancellor Yang in Honolulu to share stories about Native Hawaiian culture as part of his mission to recognize humanity in others to build support in the fight for the UC’s divestment in TMT.

Many in the audience expressed their dismay in the chancellor and his administration in turning their back on these injustices, even adding a slew of snake emojis into the Zoom chat when mentioned.

Lopez chimed in about how the Chumash do not want another Indigenous culture to be lost in the way others have and therefore are actively fighting against the TMT project. She asserted that there is a feeling of invisibility that native people face on their own land, stressing the importance of having a relationship and maintaining connections with larger institutions like the University of California.

As students and activists are calling on the UCSB administration to create an Indigenous studies program, Mangauil mentioned that higher education can be changed from within as more native students are attending these colleges and forcing the administration to listen to their voices. Lopez added that the university should also work on improving relationships with local tribes and listening to their demands.

“The need for change is so urgent,” said Apoliona-Brown. “This Earth is not disposable and we can evolve by incorporating Indigenous knowledge.”