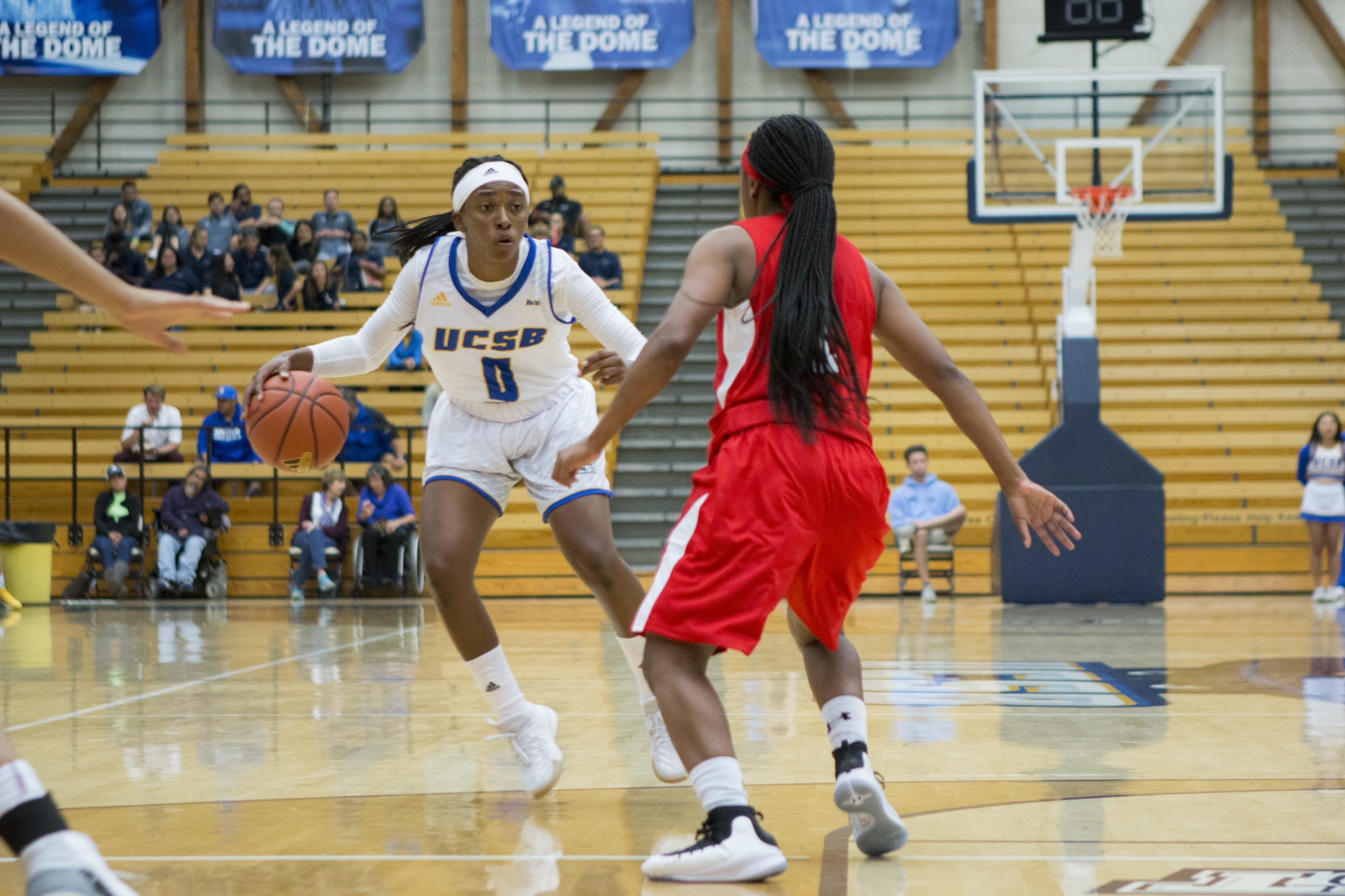 Friday evening’s disappointment stemmed largely from UCSB being unable to continue its second-quarter momentum after the halftime break. Down 24-18 after one, the Gauchos clamped down on defense and did not concede a bucket until Hawai’i forward Kasey Neubert’s layup at the 6:25 mark. Despite garnering four offensive rebounds in that scoreless stretch for Hawai’i, Jones was the only one that converted an extra possession into points. Hawai’i ended the quarter with a mere 3 points on 8.3% shooting, which has to be one of the lowest offensive outputs in recent Big West history. It did an excellent job masking the fact that the Gauchos only shot 2-13 on three-pointers in the first half.

The unfortunate trends relating to rebounding and three-point shooting bled into the second half for the Gauchos, which allowed the Wahine to easily overcome an 8-point halftime deficit. Scoring runs of 10-0 and 8-0, they established momentum that UCSB would be unable to overcome. While the Wahine lead remained under double digits for the majority of the play, the final box score outlined their deserved victory. A +17 rebounding margin (40-23) allowed coach Laura Beeman’s girls to nearly double the Gauchos in second-chance points (9-5) and points in the paint (40-24). Daejah Phillips and Neubert both ended with 19 points, with the latter also notching a career-high 15 rebounds. Gaucho forward Taylor Mole added another impressive double-double to her resume with 14 points and 10 rebounds.

Saturday night was a whole other story, as the Gauchos showed great improvements with their rebounding, as well as capitalizing on Wahine foul tendencies. The team drew 8 personal fouls in the first quarter and converted all but one of their attempts at the line. In the second, Jones and Alyssa Marin contributed 4 of the 6 total offensive rebounds, which this time, tended to turn into successful layups or kick-outs to open shooters. Down only 29-35 at the break, the Wahine would be in store for a miserable second half at the hands of Jones and company.

In ten third-quarter minutes, Jones’ 12 points, 2 rebounds and 2 assists sparked a level of offensive cohesion and efficiency that the Gauchos had lacked for some time. The Wahine could hardly blink before the score margin reached double digits. Only 6 points (on 3-17 shooting), coupled with 5 personal fouls and 5 turnovers, saw the Wahine down 27 (62-35) at the end of three. The fourth quarter thus allowed coach Bonnie Henrickson to extend some slight rest for the majority of her starters. The emphatic 72-50 victory, showed how efficiently the team improved on its mistakes from Friday. Aside from matching Hawaii’s bruising playstyle and scoring well in the paint, the Gauchos put up 23 points off of turnovers and nearly tripled their second-chance point output (13) from the night before. Alyssa Marin’s season-high 5 assists also allowed UCSB to excel in transition.

The series split places the Gauchos at 3-8 in the Big West (3-12 overall), while the Wahine drop back below .500 at 4-5 (5-6 overall). Next weekend, the Gauchos travel to CSU Bakersfield to take on the Roadrunners, while Hawai’i heads back to Honolulu for a week off due to the COVID-19 opt outs that forced Cal State Northridge women’s hoops to cancel their season in early November. Their next game is not until Friday, Feb. 26 at Cal State Long Beach.