The Daily Nexus
Self Study
More Than Just a Name
February 13, 2021 at 9:00 am by Kiana Perez-Granados 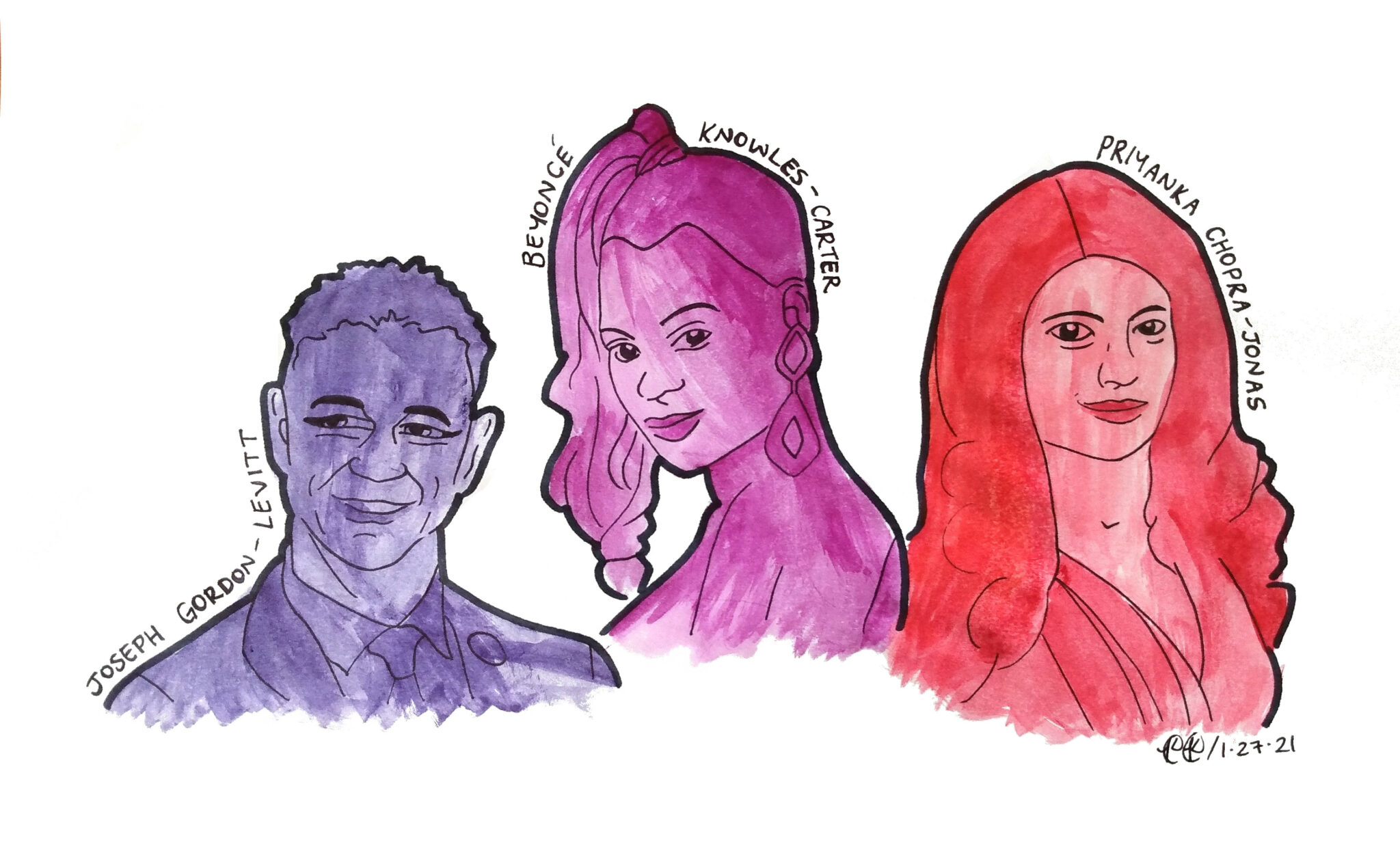 Imagine that you are sitting in a classroom full of students and it is time for attendance to be taken. It may be dreadful for the young soul with a long name, who will always be poked at afterward because it is certainly “lengthy.” You might not even have to imagine this scenario at all — in fact, this could be you. To all of the Antonio Esperanza Garcia Marquez’s, there are many reasons why having more than one name can be beautiful.

First, it is important to acknowledge the stereotypical fact that most Hispanics are victim to  having multiple names. However, there is cultural and logical reasoning to support why this is so. Dr. Manuel A. Pérez-Quiñones, is a professor at UNC Charlotte (an institution focused on computing and informatics), however, and his multiple names allow him to understand this concept. According to Dr. Manuel A. Pérez-Quiñones, also known as Dr. MAPQ, “in Spanish a last name is not called a last name (‘último nombre’ would be the literal translation of last name and it is meaningless in Spanish). In Spanish, the last name has a name of its own, it is called ‘apellido.’”

The significance of this is that it is inevitable for Hispanic children to take on the surnames of their parents. These surnames can be technical and enable others who understand the meanings behind apellidos to identify others’ parents. For example, Dr. Manuel A. Pérez-Quiñones describes that the order of last names is telling of who one’s mother and father are.

To elaborate with a personal example, my name is Kiana Monique Perez-Granados. The first surname presented is Perez, which is the surname of my father, whereas Granados belongs to my mother. In the instance that I or any other Hispanic woman with two last names get married, the first surname would be kept, and the second would be changed. For a man, everything remains the same.

However, having two last names may not always be for cultural reasons. A family article titled “Why Married Women Are Using Two Last Names on Facebook” from The Atlantic explains that women who use two last names on social media find it easier to be identified through search engines. For women in a professional field of work, this can be essential. Laurie Schueble, a Penn State professor with expertise in marital naming, states in the article how “these are women who are more established in their career, very educated. So they do that to maintain their identity.”

The Atlantic article from above also discusses how the founder of MissNowMrs.com, Danielle Tate, offers similar reasoning for why women choose to keep their original surnames along with their married surnames: “including both a birth surname and a married surname boosts a woman’s chances of being found online by people looking for her, a concept she calls ‘personal SEO…’”

Aside from having two last names as a professional choice, it is common to do so in order to maintain one’s identity in religious, cultural and sexual contexts. The article titled “Considering a Hyphenated Last Name? Here’s What You Need to Know” from The Knot focuses on having a hyphenated last name and there is one statement that rings true: “It allows you to retain your identity while still legally adopting your partner’s moniker.”

Despite any conflicts regarding having more than one surname, there always seems to be a bright side, such that it can be a guarantee of uniqueness and singularity.

This statement has proven to be vital and accurate for many different people of many different backgrounds. According to a New York Times article, one woman named Katherine Yuk reflects on how she was forced to endure endless amounts of teasing as a child because of her difficult last name. However, even after marriage she kept the name “Yuk.” Although she has kept her last name alone, it is still outside of the standard paradigm that reflects women taking their husbands’ surnames.

“I hadn’t only survived it, but it had defined me — as someone who was different yet proud of those differences, a survivor of childhood bullying, a first-generation immigrant with a funny last name who had found her own skin and found her own opportunities and identity,” is a powerful statement from Yuk, offering her own wisdom for keeping her last name.

As derived from the article previously mentioned, Katherine Ruiz-Avila, a woman with a long Spanish surname, safeguards her last name because it serves to remind her of her heritage. Ruiz-Avila acknowledges this aspect by sharing how the struggle of pronouncing her name can link her to her past, whether it be from her school days, or from her ancestors “who fled as refugees to a new and safer country.”

Oftentimes, last names can mark one’s dual heritage. Kristina Wallengren Steengaard is a Swede woman married to a Danish man. By carrying her last name, as well as her husband’s, she remarks on creating a cross-cultural symbol for her children; they will always remember that they represent both Sweden and Denmark.

Of course, like everything else in this world, there can be complications. For couples where each person carries a hyphenated last name, or simply more than one last name, it can be unclear of how to go about naming their children. Do they give them all four names? How does one choose whose name(s) will be inherited? These are questions that a surprising number of couples must face in their lifetime.

Furthermore, it is a similar conflict for same-sex couples who choose to have children. Whether or not the child will carry either partner’s last name or both is a serious decision, especially because there is no “tradition” for same-sex marriages in the sense that it is a general practice for the husband’s surname to be taken.

For couples like Cora Stubbs-Dame and her wife, with a surname of Jeyapalan, the two configured an inventive name of their own: Jeyadame. It seems like a creative solution for couples facing name troubles, and for those who believe they must give their child a novel as a surname, this may be a way out of that.

It is even fair game to give your child a hyphenated name as a result of two single surnames. As said in an article from the New York Times discussing the generation of children receiving double the name, author Rebecca Tuhus-Dubrow gets personal. She explains, “The invented names are distinctive; I’ve never come across a Tuhus-Dubrow outside my immediate family. The inconveniences — blank stares, egregious misspellings — are outweighed by the blessing of never having to worry about a Google doppelgänger.” Despite any conflicts regarding having more than one surname, there always seems to be a bright side, such that it can be a guarantee of uniqueness and singularity.

Brilliantly enough, the ever-changing world has brought with it custom surnames, hyphenated and non-hyphenated double surnames and other versions of retaining or mixing identities. Having two last names or nontraditional surnames can be a symbol of culture, love or way to success in the buzzing, networking world. Names are important, whichever kind they may be, and it is vital that we remember that.

Kiana Monique Perez-Granados believes that if pictures are worth a thousand words, names are too.