The Daily Nexus
Outside Opinions
An Old Rage: The Overdue Need To Encourage Women’s Anger
February 4, 2021 at 9:00 am by Emma Mackie 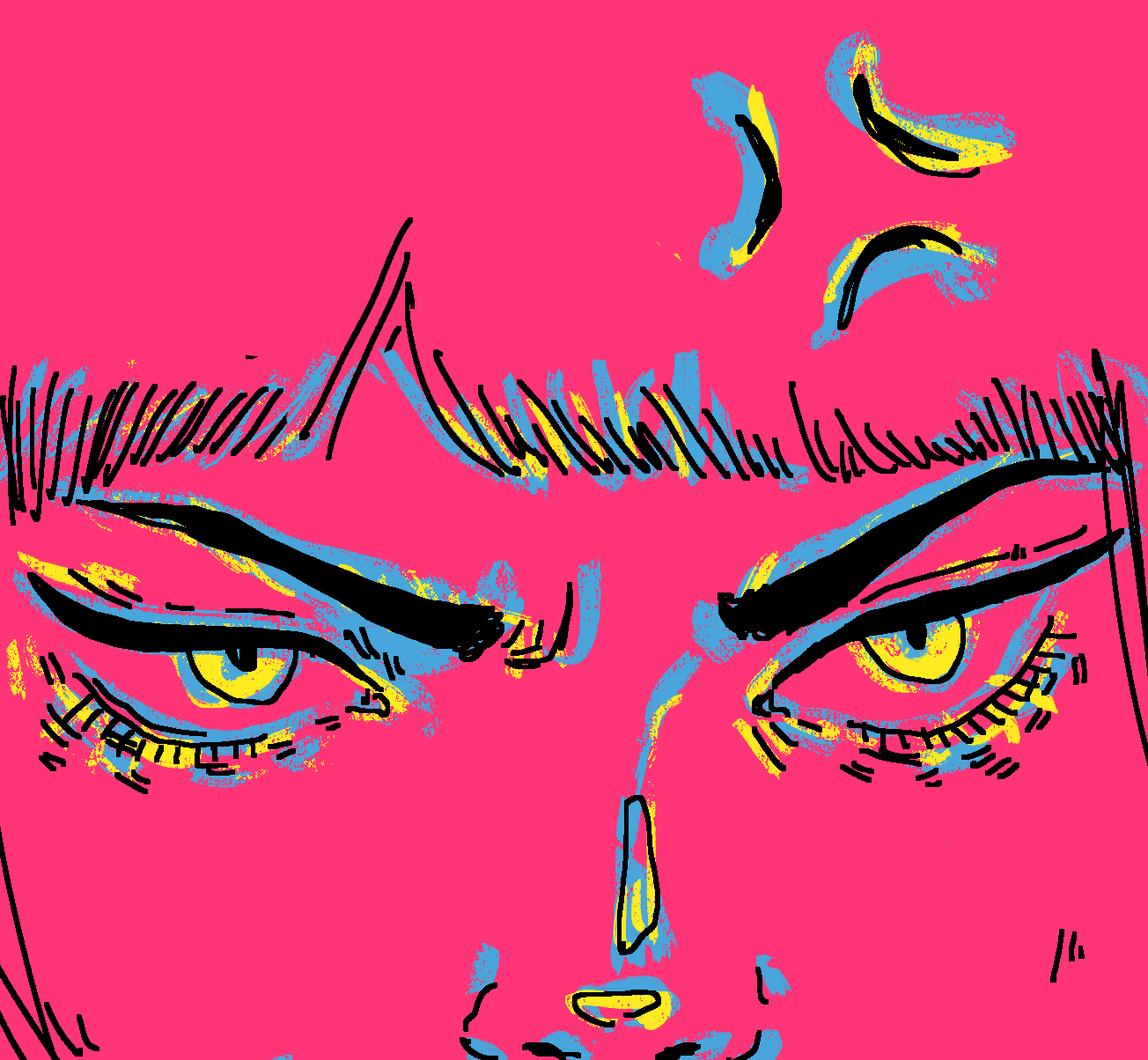 I didn’t know about the anger that I possessed deep in my soul until about four years ago. While debating the 2016 election with classmates, I would bring up the grossly misogynistic things President Donald Trump has said about women. Grabbing women by their pussies, telling a woman who took a break to breastfeed that she is disgusting or calling Hillary Clinton a nasty woman. To which my male classmates would casually say, “He’s just joking. He’s just being funny.”

But if I was so angry, why did I want to cry? Why did I feel the boiling tears welling up in my eyes as I fought to stammer out some sort of defense in front of these teenage boys? I turned around and stored this moment away, as I have always done in fits of rage, maybe to come back to later, or more likely, to add to the 19-year-old collection of anger within me.

As I grew into my passion and cemented my views, I learned this anger is common within girls and women. Many of my female friends and family members share this experience of wanting to burst into tears when angry and have always been told that it was just because women were more emotional than men. The man shows anger in passionate, loud displays, while the woman collects herself in her bedroom to “calm down” in order to discuss her feelings an hour later. Anger is a forbidden public emotion reserved for boys and men only.

Girls are taught that anger is meant to be unvoiced. When an injustice occurs against a girl or woman, we are taught to not get upset. Instead be cool, be collected, be calm. For their sake, right? We don’t want the offender to feel scared or put on the spot. How dare we get angry at them for the harm they are causing us.

As author Soraya Chemaly says, anger protects us from injustice — and we are taught to refrain from it. How will we combat the daily physical and mental harms women face if we teach our young girls to hide their rage, instead of letting it flow through them just like any other emotion? Anger allows us to say what is important to us, but when we finally release this emotion, we get called out for being angry, irrational, even hormonal, dismissing the very thing we’re angry about in the first place. We are women; we are supposed to be men’s peace, their comforter, their nurturer. Anger is not in our vocabulary nor capability.

In Rebecca Traister’s book, “Good and Mad: The Revolutionary Power of Women’s Anger,” she fervently shares how anger has transformed the rights and lives of women. She explains how when a man performs in anger, it is considered powerful, passionate, “downright American.” But when a woman expresses her anger, it is a shrill, annoying threat to male dominion. We get mocked and silenced if we attempt to grab at the attention of the world for any reason besides to display our bodies or cook a meal. We get accused of lacking authenticity. We are doing it for attention, simply overreacting. We are called unstable, crazy, out of control. And in that moment of apparent “instability,” a man can regain his dominance, something that was taken away a second ago by a woman finally exploding with purposeful and intense rage.

Michelle Obama was depicted as the common “Angry Black Woman” during her husband’s presidency. As Chimamanda Ngozi Adichie stated, “Because she said what she thought, and because she smiled only when she felt like smiling, and not constantly and vacuously, America’s cheapest caricature was cast on her: the Angry Black Woman.” How dare she not present herself in any way other than a smiling, silent statue amongst powerful men. As Traister explains in her novel “Good and Mad,” Obama’s open critique of her husband and the deeply racist history of America, her quick wit and humor and her impassioned speeches make her a perfect target for the media. She represented a fearful threat to the patriarchy: a woman too comfortable in her own power. Too comfortable to express dissent, too comfortable critiquing the man’s world.

By the time her husband accepted his nomination, she had rebranded herself as a woman who talks about “clothes and pantyhose” instead of politics and history. The world had cherry-picked displays of her passion to come off as crazy, too loud and unhinged. Obama had to learn what the world wanted to see and hear: a smiling, quiet, gracious statue.

Why must we view anger as weakness in women? The emotion is not masculine nor reserved for men. It is so beyond powerful that its very essence has moved centuries of movements fighting for women’s rights. It is uniting. When I hear other women explain that same overwhelming, heated, fury that has been boiling inside of them for their entire lives, I feel my own raging fire within me grow. Now, when I feel my face begin to redden, my voice start to rise and shake and my nails dig into the palms of my hands, I welcome it. I welcome the tears that flow to my eyes. The tears are from lifetimes of anger from women all over the world that have been shushed and dismissed their whole lives — I honor them. I don’t let the voices tell me I am too loud or that I’m taking up too much space.

My anger — and your anger, too — is valid and meant to be heard. For too long, we have believed our anger will bring uneasiness to its listener, something shameful or rude. But it is our time to step into our power of rage; let it protect you. Find women such as Chemaly or Traister who ignite that fire in you as they have for me. I urge you to encourage the girls and women in your life to defend themselves with intentional fury. In every burst of rage you feel, you have all of history’s angry women behind you to support your voice and lift it higher.

Emma Mackie believes girls and women should not be shamed or silenced for their anger, but rather uplifted and encouraged to fight societal gender norms to claim their presence in this world.