Hollister Brewing Company, established in 2007, is a locally owned and operated brewpub. Located in the Camino Real Marketplace in Goleta, just 5 minutes from Isla Vista, this brewpub features 15 unique beers on tap. One of the most important parts of Hollister Brewing Company (HBC), however, is King Kev. Kevin Hughes is an employee at HBC who has worked with them for 10 years now. Hughes was recently given the title of “Hardest Working King in the Game,” and HBC named an IPA after Kevin, “King Kev.” I recently chatted with Kevin over the phone and got to learn why HBC loves him so much. 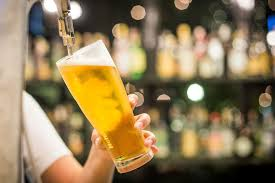 Daily Nexus, Jill Ridens: What is your position at Hollister?

Kevin Hughes: I am the busser.

JR: What is your favorite part of your job?

KH: My favorite part is being able to work with great coworkers and being able to see all the customers enjoy coming to Hollister.

JR: How does it feel to have a beer named after you?

KH: When I was told, I was like “wait really?” It is a very cool feeling. I was very appreciative of it. A lot of people have tried it in the last few weeks, and it’s a really good seller. They put “the hardest worker in the game” (on the beer) that was very nice of them and I appreciate that. I work as hard as I can to help out anyone I can while I work.

JR: What is your favorite thing on the menu?

KH: Hollister burger is really great. The nachos are really good too. They do chicken or steak, or no meat with just cheese and chips.

JR: What do you want people to know about you?

KH: I am hardworking, fun, energetic and nice. I like talking to people and making friends. I like to help out friends, go to the zoo and Disneyland, lots of other fun things.

The IPA, “King Kev” is described as: “A classic well-balanced West Coast IPA brewed with Cascade, Citra, and Amarillo hops named after the hardest working king in the game.” I also spoke with an anonymous senior at UCSB, who tasted “King Kev” at HBC. “It had a fruity aroma, and you could taste the different flavors, very multidimensional. The initial sip was really smooth. You could say it is slightly roasty and dry. It was pretty light tasting.”

After speaking with Hughes, I know why he is loved at Hollister Brewing Company. Stop by HBC and try the “King Kev” for yourself.