The Daily Nexus
Sign of the Times
A Generation of Constant Crisis
December 20, 2020 at 9:00 am by Christine Tu 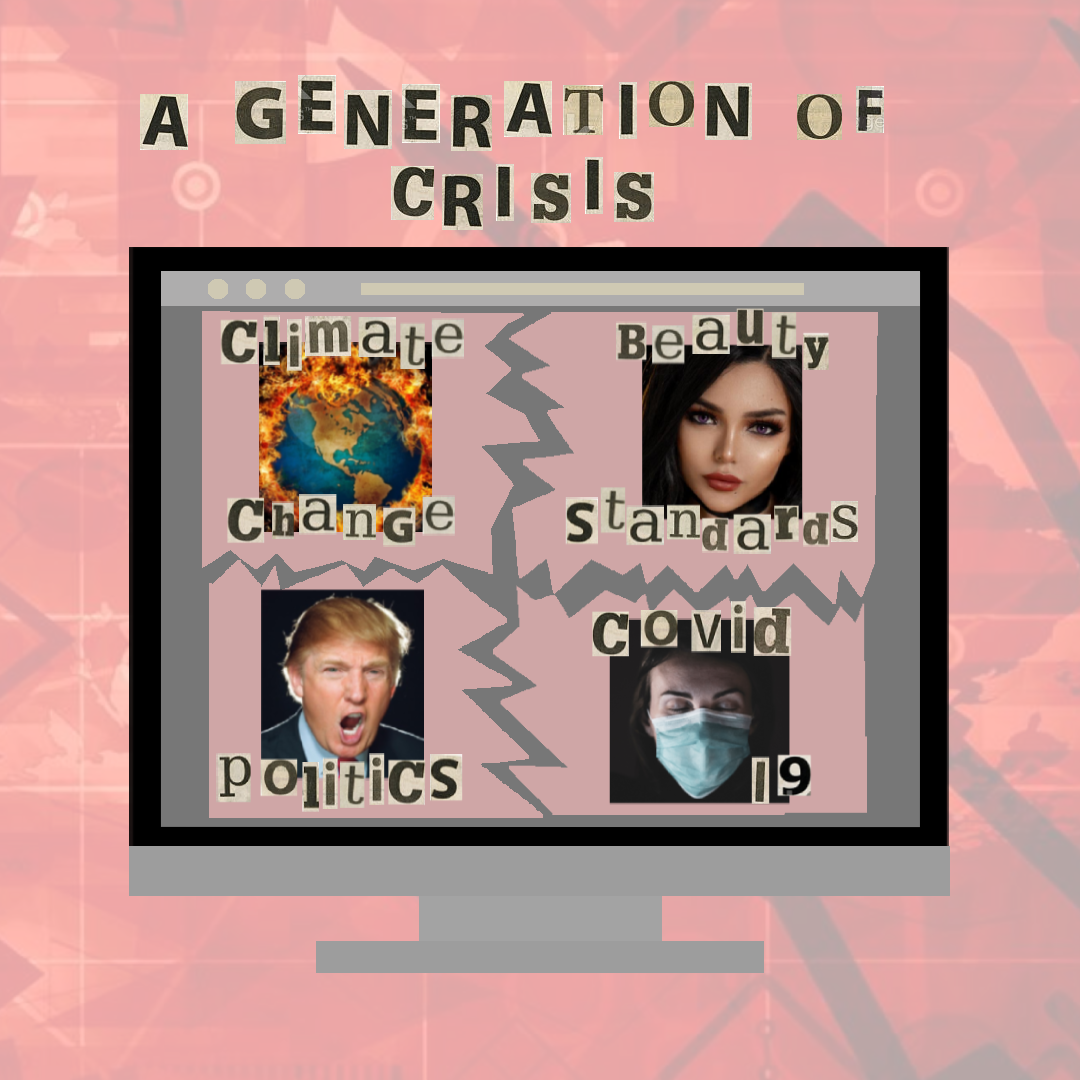 When I reflect on these past months — the dichotomy of the mind-numbing experience of staying at home all the time and the chaotic burning of the world outside — I get mildly panicked. Our world is falling to pieces, but I’m fortunate enough to be far enough away to only watch in horror at our current crisis. In a way, I think it’s how this generation that I am a part of has always been: in a constant crisis, moving from one crisis to another, but not really solving any of them.

I remember watching Bill Nye the Science Guy (Bill! Bill! Bill!) on the old box set television in our first grade classroom. We were told that the climate was going to be unrecognizable in 100 years. We learned about what we could do to fight climate change and in the moment, filled with moral righteousness, I annoyed my family by unplugging all the outlets when I came home from school. All the while, my futile attempts at doing my part to save the climate were overshadowed when, in the same year, carbon emissions increased by 800 million tons.

Despite decades of waffling around, mostly due to climate change deniers and the power of the fossil fuel disinformation campaign, the climate crisis had quietly pervaded our generation’s formative years before becoming the widespread issue it is today. We’ve grown up with this issue, and have fought passionately against it, yet nothing seems to change: The arctic is still melting, coral reefs are dying off as oceans continue to get warmer each year and people still don’t believe in climate change.

While the climate crisis became increasingly alarming and moved into the mainstream, we transitioned into the awkward adolescence of middle school, and the opaque facade of social media crept onto the scene. The pretty Instagram spreads and Snapchat filters have distorted how we see ourselves, bringing about this generation’s identity crisis. I think Ruby Jubb-Baddiel in the New York Times said it best:  “Social media has corrupted our generation a bit. We are meant to be this generation of new hope but it’s all so warped.” We curate versions of ourselves, often a shallow, perfected facade of who we really are, to connect with others online, but that only leaves us feeling more lonely than ever.

Then, 2016 rolled around, which marked a turning point in the political world, bringing about the political crisis. Lying became a prevalent behavior in people who had mainstream power and attention (you know who), fake news made us lose trust in the media, and established rules didn’t seem to matter anymore. In 2019, White House Communications Director Hope Hicks acknowledged telling lies, and by July, Trump had made 20,000 false or misleading claims during his presidency. All the while, social media sites like Facebook, from which almost half of all Americans get their news, spread fake news to millions.

More recently, with the swift nomination and confirmation of Supreme Court Judge Amy Coney Barrett, which broke all the rules, and Trump’s desperate last stand during this election, spewing lies and misinformation, the previously regulated and law-abiding political structure has descended into what looks like the Wild West.

These issues all seemed to come to a head when COVID hit the world earlier this year. Now, as states are breaking records and cases continue to climb in the millions, the disregard that much of the nation has for this crisis exposes many of the issues present in our society today. People are unable to work toward the public good by simply wearing a mask, lies about the crisis continue to proliferate, and our dysfunctional political leadership is ineffective at doing anything to curb the virus.

And to think — these are only four out of a hellish mosh pit of a million other crises we faced then, face today and will continue to face in the fast-approaching future. But “Last Week Tonight’s” John Oliver perhaps puts it best: “All of that put together is kind of who we are. We are the country that did all those things and it’s important not to deny that reality.”

We are the country that causes a significant portion of climate change and the generation going through the identity crisis that social media creates; we experience the political chaos that these past four years have caused. It has become a part of our generation and the endless crisis is what defines us.

So where do we go from here? Escape the reality of the next imminent crisis by watching cute cat videos or get involved. We are also a generation of activists, and we are resilient, continuing to fight against the next crisis and for the common good. And I think that’s what gives me hope.

Christine Tu thinks that our generation has been in a state of constant crisis and that maybe we deserve a break.