The Daily Nexus
Sign of the Times
The Problematic Politicization of the Black American Vote
December 17, 2020 at 9:00 am by Tali Braun

This was the appalling statement made by a white woman, Chelsea Handler, on “The Tonight Show Starring Jimmy Fallon.” Yet again, a white person was telling a Black person what he or she can or cannot do. 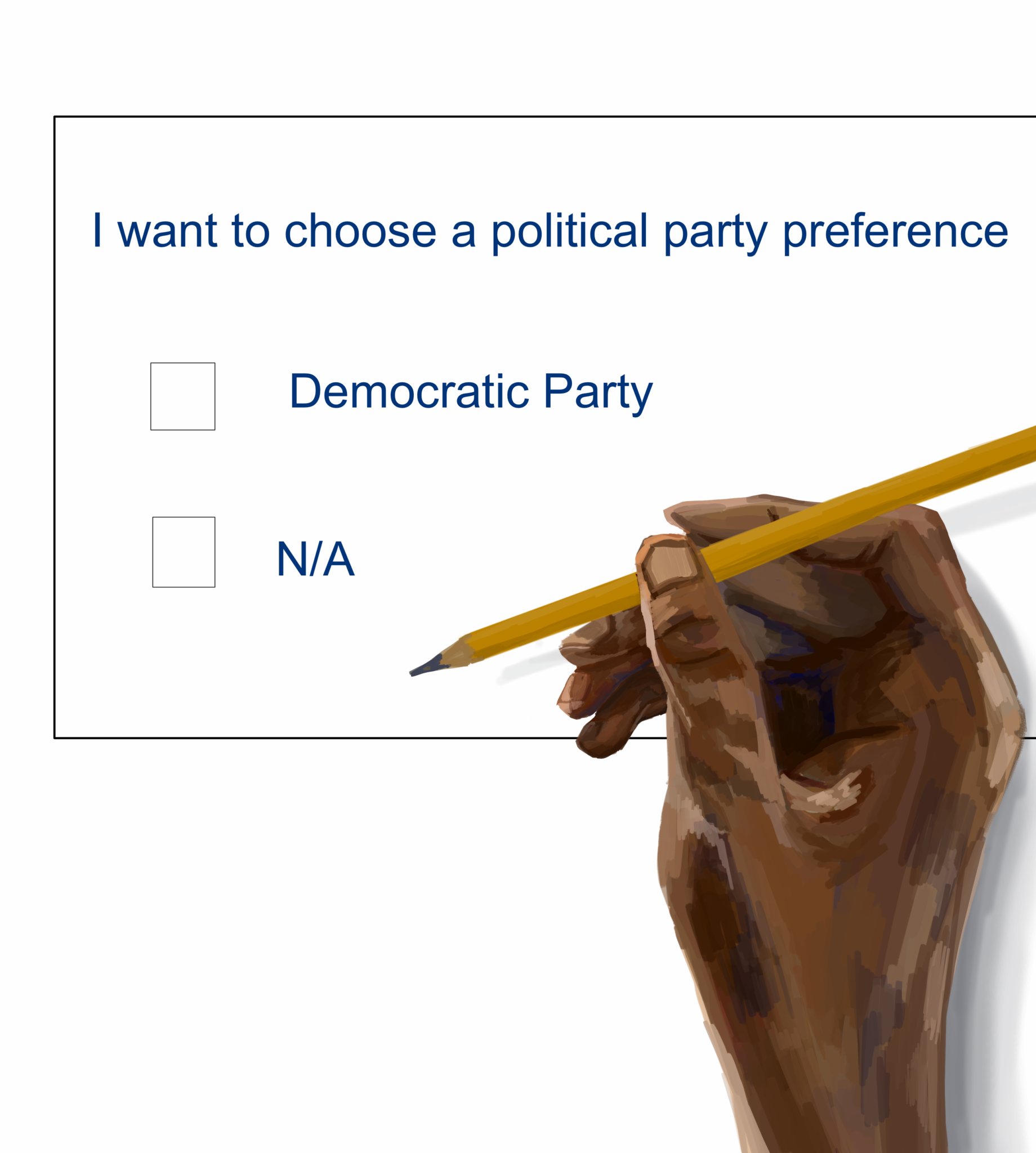 Unfortunately, examples of white people policing the actions of Black people are plentiful throughout American history. African Americans, who were once enslaved in our country and deprived of basic civil and human rights, are still being told what to do by white people, and nobody seems to be talking about it.

This recent polarization in politics has been catastrophic for both parties. The idea that an individual of any race is not allowed to hold certain beliefs because of their race is inherently racist. Not every white person or Black person has the same beliefs and experiences. We live in a country founded on liberalism and freedom of thought, where we as individuals can make our own decisions and dictate the trajectory of our own lives. Therefore, every individual holds the right to make their own political decisions.

Historically, Black people were prohibited from voting, segregated from white people in all aspects of social life and were once only considered ⅗ of a white person. Now, they are being told that they can only vote for a certain political party. Sound familiar? Alarmingly, the often assumed allegiance of African Americans to the Democratic Party holds a complex and lengthy history.

When African American men were first granted the right to vote by the 15th Amendment in 1870, nearly all identified with and supported the Republican Party. Decades later, it was the white Southern Democrats who established and enforced restrictive voter registration and electoral laws, known as the Jim Crow laws. The Democratic Party only began “making inroads” with Black voters in the early 20th century following the Voting Rights Act of 1965, which secured African Americans their right to vote and prohibited states from using exclusionary measures to prevent voting, like literacy tests.

Ismail K. White, a professor of politics and public affairs at Princeton University, and Chryl N. Laird, an assistant professor of government and legal studies at Bowdoin College, conceptualized the maintenance of African Americans’ partisan loyalty to the Democratic Party as a “racialized social constraint.” The term alludes to the idea that “supporting the Democratic party has come to be understood as just something you do as a black person.” White and Laird call the Democratic Party’s assumption of and reliance on the Black vote as an “effective strategy for leveraging political power.”

Despite the Democratic Party’s shift in rhetoric over the years, there is no denying that its lengthy history is rooted in African American disenfranchisement. Organizations such as Black Lives Matter have been endorsed by the Democratic Party, yet history complicates this notion.

This year, former vice president and current President-elect Joe Biden told a Black radio host on a predominately Black radio station that “if you have a problem figuring out whether you’re for me or Trump, then you ain’t Black.” Biden has since apologized for his racist statement, yet his remark carries a message that remains prevalent today. Black people are continuously being told by a white society that they cannot vote Republican. Those who publicly identify as Black conservatives, like outspoken author and political commentator Candace Owens, continually face staunch criticism for their support of the Republican Party.

Owens, a former Democrat, has been vilified by both white and Black liberals since she publicly voiced her support for the Republican Party. The Spectator called Owens’ recent book, “Blackout: How Black America Can Make its Second Escape from the Democrat Plantation,” a “completely incoherent” work of “performance art,” and slammed Owens for her “incoherent and redundant passages” in “her continual insistence that black Americans are victims of the Democrats.”

A writer for the Daily Beast deemed Owens a “Black mouthpiece” and a “tool of racist propaganda and deflection” who is “exploiting her own race to shield white racists.” In her book, Owens comments on the continuous harassment she receives and how it further reinforces her points against the Democratic Party and its supporters. Owens has extreme views that are sometimes questionable, but the amount of bullying and threats that are directed toward her political party affiliation because of her race is simply unacceptable.

In many cases, racist acts or remarks may be easily attributed, yet they are often speculated and, in some cases, difficult to prove. There is no doubt that racism is prevalent in the political systems of our country. The ambiguity of racism is that it takes form in various ways; racists are not classified by a certain political party affiliation or by a certain “look,” but by the ideals instilled in their ignorant minds. Individuals of any race, ethnicity, political party or gender are allowed and should be encouraged to form their own beliefs and to conform to any political party if they choose to do so. Telling a Black person that they cannot vote Republican is inherently racist.