The Daily Nexus
Science & Tech
The Future of Forests in the Warming, Drying American West
November 18, 2020 at 11:00 pm by Sean Crommelin

In the modern era, forests play a crucial role in the sequestration of carbon emissions and are factored mathematically into carbon offsets, which are reductions of carbon emissions which compensate for emissions made elsewhere, such as transportation and power generation. 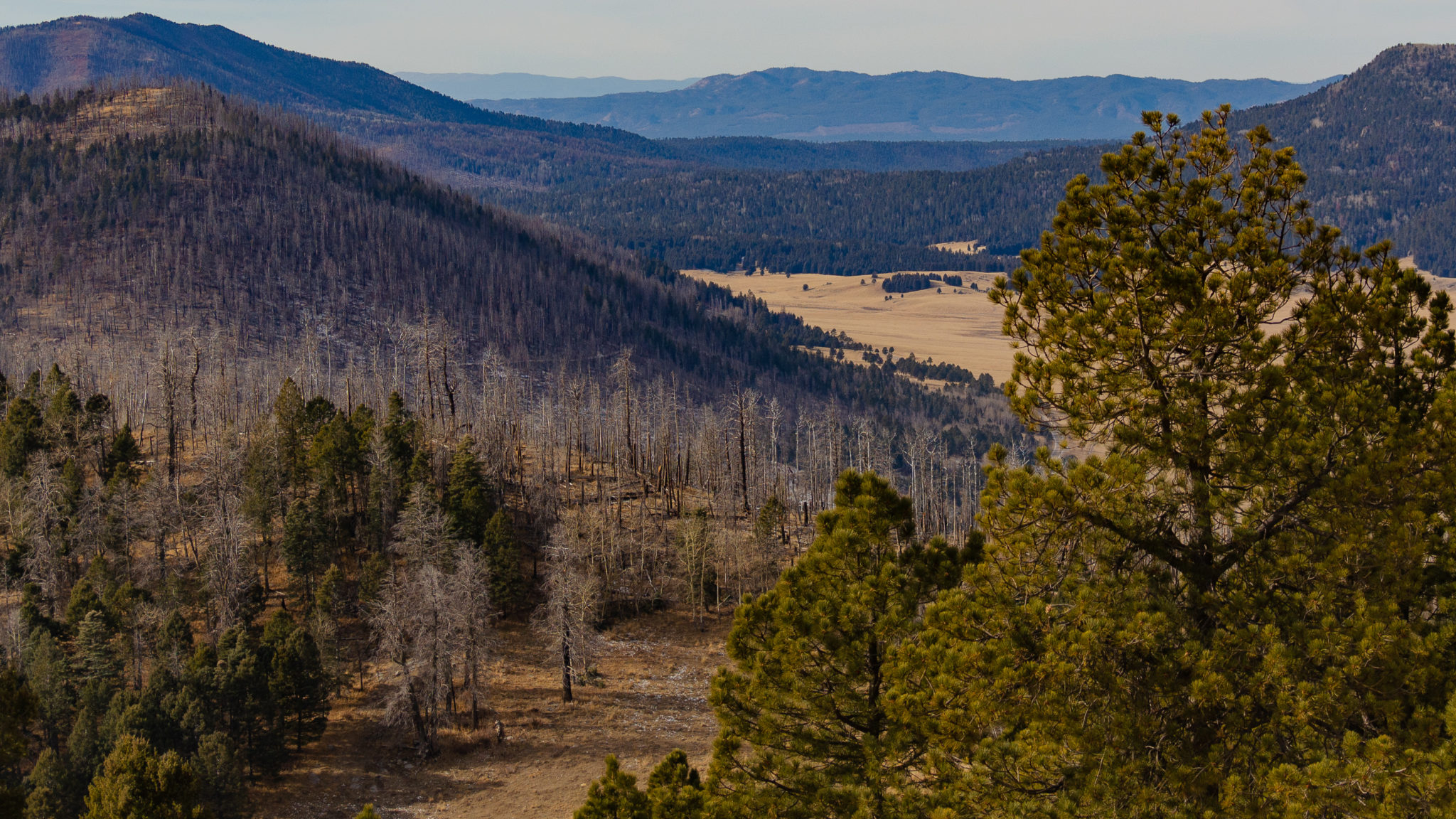 A landscape affected by widespread tree mortality in the mountains of New Mexico. Courtesy of Curt Dvonch

“What’s particularly relevant about terrestrial ecosystems and forests in particular, is that they sequester about 30% of anthropogenic emissions every year. They’re this huge resource in terms of mitigating climate change,” Anna Trugman, a researcher at the Earth Research Institute and a professor in the Department of Geography at UC Santa Barbara said.

However, fires, insect infestations and other major disturbances have shed light on an important issue forests —particularly in the American West— have been facing: mass die-offs which may even kill forests, releasing stored carbon back into the atmosphere, turning forests into emitters themselves and fueling a positive feedback loop.

“If we want to use forests as part of a portfolio of climate mitigation strategies, it really needs to be carefully considered how different disturbances that are in and of themselves, related to climate change and may increase in frequency, might harm the integrity of these forest carbon sinks,” Trugman said.

With the current and projected future impacts of climate change, which has dried landscapes through drought and heat, researchers are attempting to formulate a method to effectively predict how tree species in the west may likely respond to the major stressors of the future.

“We are seeing evidence for major things like drought-driven mortality events and obviously these really widespread fires that have a lot of potential for causing catastrophic shifts in species composition,” Trugman said.

In an attempt to better understand how climate change will affect future forest ecosystems, Trugman, along with her collaborators at the University of Utah, have been studying whether or not forest die-off may be predicted by modeling water stress incurred by the hydraulic system of trees, a water transport mechanism in the tree stem made up of tissues known as xylem.

However, when water is scarce in the environment, the water potential gradient in a tree becomes increasingly negative to compensate and maintain the necessary upward movement of water through a tree.

As this gradient becomes increasingly negative, trees become more and more stressed and may even incur long-term damage or death. Different trees have different abilities they can employ to cope with stress and continue photosynthesizing even under severe drought, but even the most resilient trees have a breaking point.

The researchers utilized a forest inventory data set, a network of more than 160,000 single-species forested plots, largely concentrated in the western United States and measured at fixed intervals starting from 2000 to present day. Trugman and her collaborators referenced records of tree mortality and compared these to their own modeling.

“We coupled that with a prognostic model that predicts plant water stress and, in particular, can predict when plants are so stressed that they should die based on input climate, across these different places,” Trugman said.

“And so this model represents our best understanding of the mechanisms that induce tree mortality through water stress.”

However, the researchers observed that, although the model has been able to make accurate predictions in controlled experiments in previous studies, it was actually less effective in predicting mortality at the landscape scale using the data set.

“What we found is that physiology is very important in understanding forest mortality, but we are still missing some key mechanisms in being able to predict it at large spatial scales,” Trugman said.

“[Something] that wasn’t taken into account in this study is that you can also have a lot of co-occurring pests or pathogens — which was completely absent from our model.”

These can drive mortality, amplifying stress in some trees and even killing off less stressed trees which ordinarily might face no threats to their continued survival in the absence of pests.

“This probably explains why we’re having so much trouble scaling up this physiological understanding from a very controlled environment to this larger scale,” Trugman said.