The Daily Nexus
Events
A.S. Program Board Presents: Music and Meditation with Raveena
November 18, 2020 at 11:30 pm by Marisol Cruz 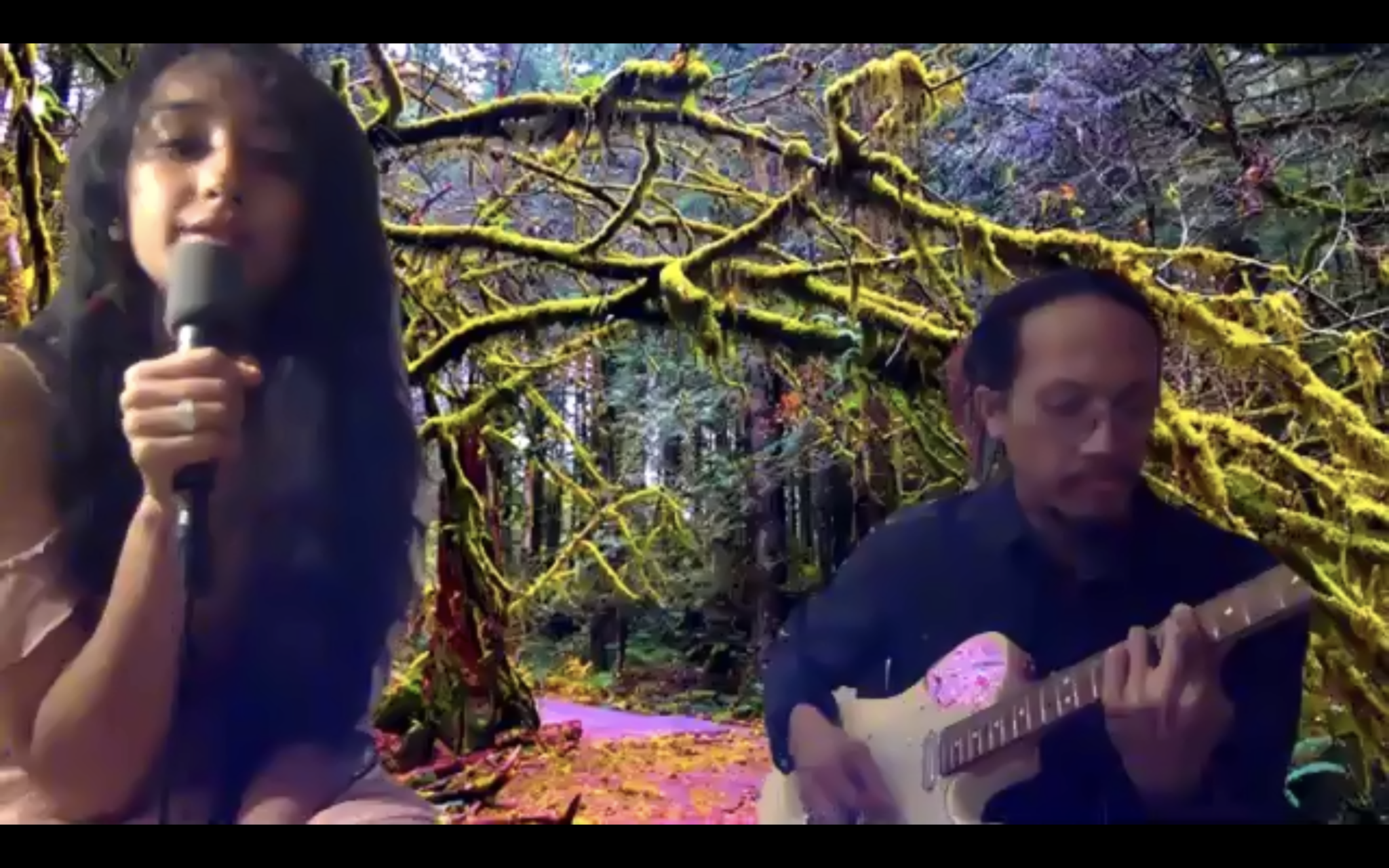 After a brief welcome to the event, Raveena appeared via Zoom in front of an ethereal background to match the mood of the ensuing guided meditation. “I want tonight to be a space to unwind from the stress of school and the pandemic,” she told the audience as she began a meditation technique meant to reduce anxiety and clear troubled thoughts. This practice focused on deep peace and relaxation as her calming voice — accompanied by light, peaceful background music — guided the audience through breath control.

She gently transitioned into a “loving and kindness meditation,” in order to spread these feelings between oneself and the rest of the world. “We all have a natural capacity for kindness,” she reminded the participants. During the meditation, she asked the audience to reflect on all the times they have been kind and generous and suggested that, if this is difficult, to “look at yourself through the eyes of someone who loves you.” She then led the audience through phrases of affirmation to repeat to oneself and to spread to others.

As Raveena concluded the meditation, audience members flooded the Zoom chat with comments on how peaceful and much needed the meditation was. The R&B songstress told the audience, “We’re going to sing now” and transitioned into a performance with some of the most popular songs from her discography. She was accompanied by her bandmate Aaron Liao, who she later revealed “plays every instrument under the sun.” He is also a key component to her songwriting process and has been involved in around “80% of the songs we have out.” Raveena opened her performance with the track “Headaches” and was joined by Liao on the guitar. As they began the song, she laughed and told Liao “It looks like you’re floating!” as the Zoom background adjusts to the new member on the screen. Raveena followed with “Bloom,” a soulful tune that highlighted her vocal range.

Raveena told the audience that the next song, “Mama,” was a personal song about her mother’s immigration to the United States from India after a genocide. She laments about how much her mother has sacrificed to allow her to be doing what she is doing now: “playing music with people I love.” She dedicated her song to all immigrant mothers, which resonated with some members of the audience in the Zoom chat. She sang, “I will always wonder who you really were before me, what did you lose?”

Raveena concluded her performance with a fan favorite, “If Only,” which was received with excitement from viewers. She announced that she was so happy that she could perform virtually even though she missed playing live.

The performance was followed by a Q&A moderated by Associated Students (A.S.) Program Board member Emily Kocis. One of the first questions asked was about what Raveena remembers or misses the most from her college years, as she is a recent graduate of New York University currently performing at another university. Raveena remarks that she misses being able to connect with so many people in a university setting, adding that she even met Liao through a mutual friend from school.

Other questions prompted the singer to cite a diverse range of artists as her musical inspirations, including Minnie Ripperton, Björk, MIA and The Clash. She stated that she admires their “world,” their unique sound that you immediately feel a part of. She mentioned this idea of a “world” again when she describes her “soft aesthetic” that is reflected in her music, along with her clothing choice. Often, when creating an album, she ponders what the universe of this album looks like. For her most recent album “Lucid,” released in 2019, she imagined the album as its own planet, with its own sounds, colors and plants. She then brought these ideas to her team and they began to bring this planet to life in this world.

In the music video for her song “Temptation,” Raveena publicly came out as bisexual. Kocis asked, for those of us who cannot put together a “rad music video to come out in,” if Raveena has any advice to share about her experience. Raveena said she felt nervous releasing the video, in fear of the reception from her family. However, she looks back at the release of the video and thinks, “Oh, that was nothing.” She spoke to the audience and “offer[ed] love to anyone who is feeling in the dark or confused” about their sexuality. She assured them that if they are not in a space where they are comfortable to come out, there is no pressure and everyone has their own personal journey.

In the Q&A, another student asked Raveena how she was able to surround herself with such caring people and if she had any tips on meeting new people in quarantine. The singer answered that self-work was key. Self-work allowed her to get to a place where she now invites positive energy in her life and rids herself of people who are not willing to grow. Raveena affirmed that, in regard to meeting new people in quarantine, staying safe during this pandemic is the utmost concern. She recommended nurturing and investing time in a few relationships, rather than looking for quantity.

Raveena’s radiant personality permeated through the screens throughout her performance and connected with the viewers. In her wise words, “we got to breathe and live together.”