The Daily Nexus
Features & Essays
Music for the End of the World: The Rise of Hyperpop
November 16, 2020 at 11:21 am by Maryo Jajo-Azabo

Pop music has presented itself in a plethora of different forms, with many sub-genres since the term “popular music” was coined in the 1950s. The ever-changing form of pop has allowed for a constant musical conversation on world matters through the network of artists that fill the genre. As we usher in a new decade of political upheaval, where the fate of the Earth’s climate is heavily debated and the dystopian society mankind has feared for decades becomes more of a reality, pop music shape-shifts once again to assume the form of hyperpop. 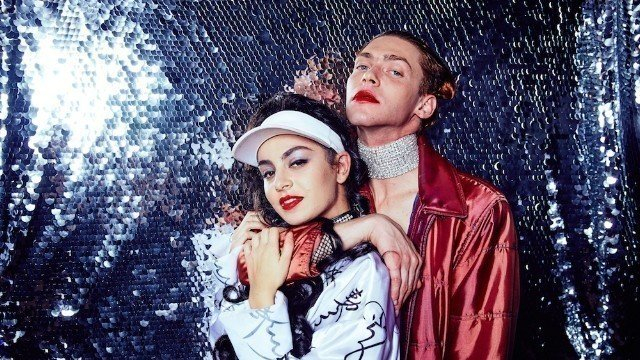 Hyperpop is essentially experimental pop music that is heavily influenced by the musical aesthetics of the futuristic Y2K era, while synchronously incorporating a dystopian, pulsating twist. Extreme warping and pitching of vocals, distorted synths and intoxicating lyrics exemplify the appeal of the genre to fans of pop music who have become fatigued from the “Top 40” hits that plague radio stations across the nation. Hyperpop has become an escape for those who are keen on more purposeful pop music, which has been abandoned in the last decade in favor of a quick chart topper.

PC Music, a record label founded by A.G. Cook in 2013, is the main culprit in popularizing the subgenre, but artists like Gorillaz and Björk have employed the rhythmic properties of hyperpop decades before its official formulation. Standout releases like Charli XCX’s 2017 mixtape, “Pop 2,”  and SOPHIE’s 2018 Grammy-nominated album, “OIL OF EVERY PEARL’S UN-INSIDES,” are landmark hyperpop works that signalized a genre open to sonically exposing the ugliness of the world and making it beautiful.

The emergence of hyperpop, while seemingly innocent at first, is akin to the popularity of  dystopian novels in high school classrooms: They warn against a future where chaos and apocalypse reign supreme, and human communication and emotion fall second to autocratic powers. Hyperpop allows the listener to peer into an unstable future and disengage from any last hope in mankind at the hands of the artists and producers, just as Aldous Huxley and George Orwell (authors of “Brave New World” and “Nineteen Eighty-Four,” respectively) delved into a dystopian society that serves as a warning to protect the fundamental values of human society.

Grimes’ 2020 release, “Miss Anthropocene,” is a perfect example of hyperpop addressing futuristic dystopian concerns. The title itself is a blend of the words “misanthrope” (meaning a person who dislikes humankind) and “anthropocene” (the scientific name for the current geological age, where humans have been the dominant influence on climate), and the album’s entire concept relies on constant critique of mankind’s increasing carbon footprint and dissolution surrounding the climate crisis. On “My Name is Dark,” Grimez confesses,“The boys are such a bore, the girls are such a bore / I never trust the government and pray to God for sure;” this reflects a sense of hopelessness and disinterest in the world as it crumbles in front of her eyes. In “We Appreciate Power,” Grimes is a grim realist, critiquing the unnatural state of our uber-connected nation as she sings, “Come on, you’re not even alive / If you’re not backed up on a drive.” These references are not coincidentally related to the fears dystopian novels have instilled in us. In a sense, Grimes becomes a dystopian author herself. The critiques she crafts are not original in their theoretical form, but the musical output is revolutionary in its ability to resemble the natural human reaction to the concept of a nearing dystopia.

Another artist that relies on contorting our sense of tradition is Alejandra “Arca” Ghersi, a Venezuelan-born, Barcelona-based electronic record producer and singer-songwriter. She continues to not only push boundaries, but also create new comfort zones for physicality, pain perception and a high self-complexity. Arca’s heart-palpitating, opera-tinged releases, especially 2020’s “KiCk i” — the first installment in a trilogy of albums — expands the purpose of hyperpop to fighting against a regime that restricts mankind from progressing in terms of free will and thinking. On the opening track, “Nonbinary,” she minimizes her opponent for playing a role in the judgement of those confident enough to live their true lives, as she taunts, “Go ahead, speak for yourself / Go ahead, speak for yourself / Cast the first stone / If you wanna be a puppet.” 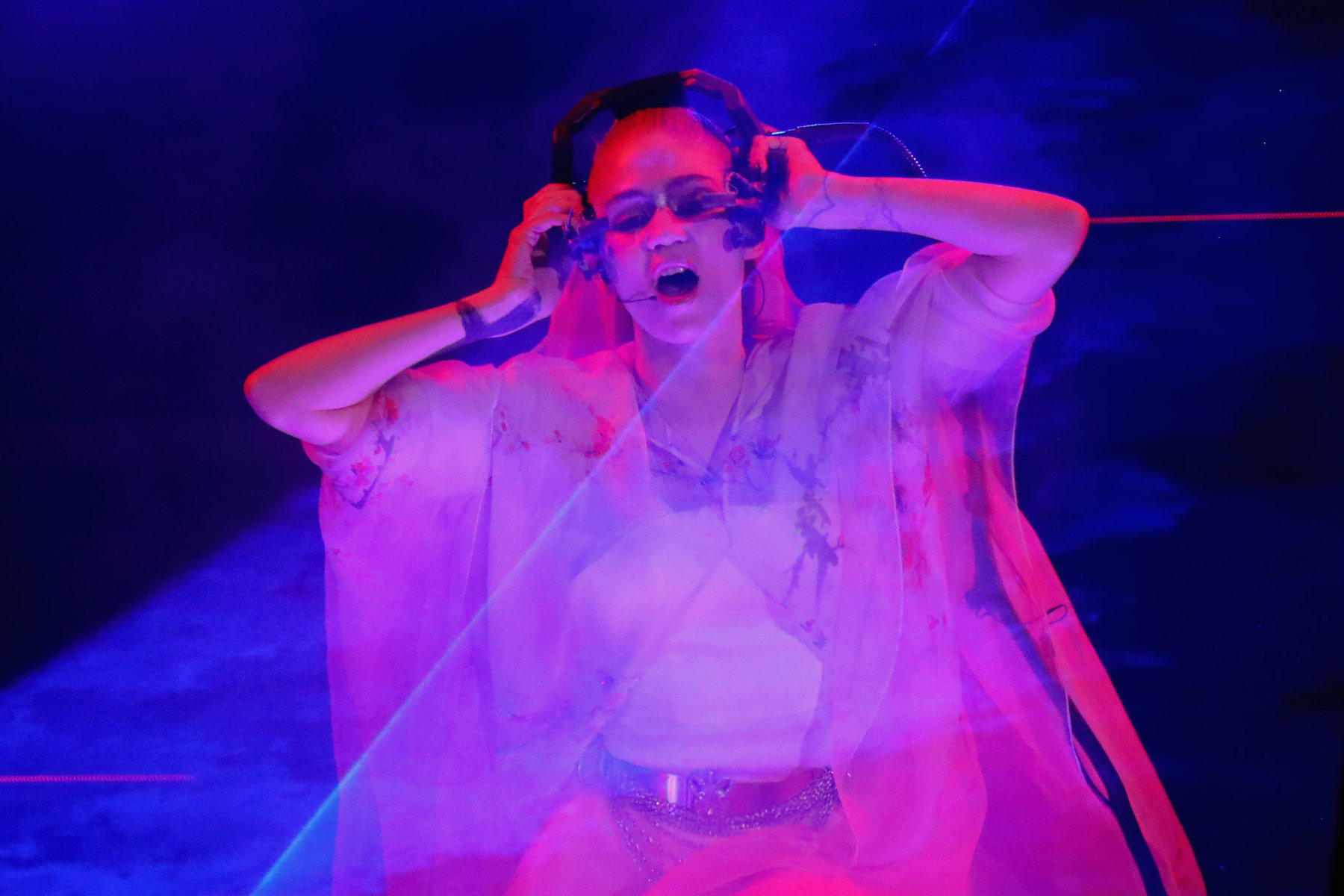 Arca and Grimes are two examples of many hyperpop artists that continue to implement this dystopian twist on one of music’s most popular genres to ignite conversations on the evolution of corrupt, unjust societal traditions that harm mankind’s tolerance of each other and respect for the one thing truly unifying us all — Earth. The presence of hyperpop artists in the music industry has been enough to warrant a warning to the practices of the music industry itself. While record labels fill their executive rooms with straight, cisgender white men, the rise in numbers of hyperpop listeners is a direct challenge to the ideals that the music industry and the entire world continue to uphold. While Grimes shares much-needed commentary through her music, Arca leaps full force in becoming the change, as her existence as a transgender, non-binary record producer alone challenges the unjust norms in the music industry. This continuous cycle of rightful activism seen in hyperpop creates a genre with purpose and connecting ambitions.

In the same way dystopian authors first present their creation as a utopia, the multidimensional world of hyperpop has also transformed to include musical presentations of a hyper-utopia, with intense bubblegum bass and glittery glitch synths that transport you to the land of metal rainbows and artificially intelligent unicorns. Charli XCX, SOPHIE and 100 gecs are prime examples of artists creating the musical equivalent of a great house party — one that highlights the beauty of human connection — where love, inclusion and pure acceptance are the only atmospheric chemicals. This glittery reality has caught the attention of rap, alternative and indie artists alike, as many have incorporated elements of hyperpop into their music to achieve this same effect. Most notably, Rico Nasty’s catalogue integrates heavy hyperpop aesthetics, (see “IPHONE,” “Won’t Change” and “Time Flies”) innovating what could be called “hyper-rap.” The fanbases or “stans” that these artists have accumulated reflect a generation of people collectively wanting to escape the harsh realities of a decaying world by using the same technologies meant to destroy them to create their own utopia. In a disturbing yet beautiful way, hyperpop has become the real-life equivalent of the “happy” drug invented by Huxley in “Brave New World” to keep citizens compliant with governmental regimes.

This shift in pop music is reflective of a shift in our everyday world. With the clock ticking on irreversible climate damage, civil human rights still being debated with no clear solution and artificial intelligence advancing, hyperpop is the musical result of a world trying to save itself from a crippling, totalitarian future by advocating for tolerance of progression and acceptance of the oppressed, whether it be for minorities or the dying planet. Acquiring a taste for the jarring, yet eccentric, musical aesthetic of hyperpop allows for the understanding of a genre that has become critical in the fight for true human progression. You may feel like you’re listening to the end of the world, but this feeling alone is enough incentive for you to take a stand for humanity.

Listen to the official hyperpop playlist on Spotify or a special curated version here.