The Daily Nexus
News
The Gen Z Vote: Digital Outreach in the 2020 Election
November 15, 2020 at 3:28 pm by Sindhu Ananthavel and Regan Wheatley

Fifteen million new Generation Z voters have registered to vote since the 2016 presidential election, becoming a key demographic in this year’s election season and a more robust political voice on social media than ever before. Instagram, Twitter and TikTok have become stomping grounds for youth voters to show support for their candidate of choice, while politicians attempt to find new ways to cater to younger voters online. 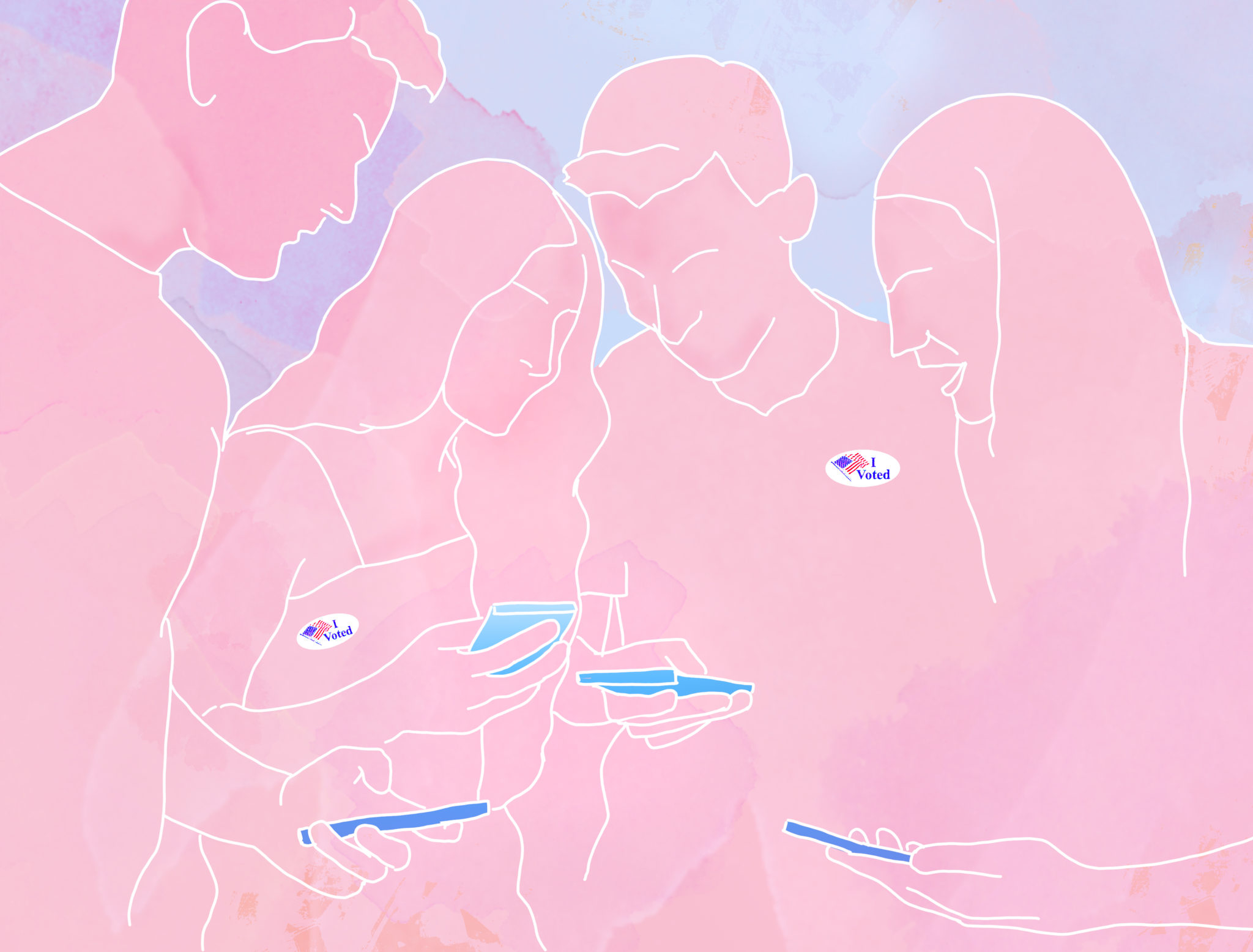 Generation Z, or Gen Z, are those born after mid-to-late 1990s and succeed millennials. They are one of history’s most racially and ethnically diverse generations and came of age in an era of increased digital communication through smartphones and social media, which is reflected in their political organizing.

“As a whole, Gen Z is the most progressive generation in history, and it’s clear Joe Biden is not progressive enough for the majority of younger voters,” Dan Lane, an assistant professor in the UC Santa Barbara Department of Communication who specializes in political communication, said in an interview with the Nexus.

Historically speaking, it makes sense that presidential candidates’ campaigns focus more on older voters, Lane said. Voters between the ages of 18 to 24 have consistently voted at the lowest rate in the country, and candidates’ campaign funding reflects this pattern, he added.

A “Settle for Biden” rhetoric has emerged from many Gen Z voters who originally supported more progressive democratic candidates like Bernie Sanders or Elizabeth Warren. Initially just a phrase used among left-leaning voters, it has evolved into a full movement. Self-described on its website as voters who “recognize Joe Biden’s flaws but know that our nation will not survive four more years of Donald Trump,” the movement pushed more for a vote against Trump than a vote for Biden.

Now that Biden has won more than 270 electoral votes, the Settle For Biden movement has stated on Instagram that it plans on “holding the Biden-Harris administration accountable” and wants to “push Biden to be the most progressive president in American history.”

This difference mimics the “Settle for Biden” idea that Riley Hull, a second-year political science major, co-legislative director for UCSB Lobby Corps and member of UCSB’s Young Democratic Socialists of America (YDSA), finds “unwarranted,” because it “shames people for not wanting to vote for Biden, which seems like a poor approach.”

Jess Leeds, a political science and history double major, auxiliary officer of History Club at UCSB and canvasser for Biden-Harris voters, said she believes that the “Settle for Biden” movement promotes voter participation even if the candidate was not largely favored at first. Seeing the Settle for Biden Campaign on TikTok is “kind of funny,” she said, and that even in the high-stakes circumstances of the national election, “sometimes you have to laugh.”

This election has seen historic rates of young voter turnout with rises in voter registration among youths ages 18 to 24 and social media campaigns spearheaded by teens, including some who are below voting age. Earlier this year, a 15-year-old in California ran the unofficial @TeamJoeBiden account on Instagram which amassed more than 80,000 followers.

Though most young adults and teens are well attuned with social media, older politicians’ efforts may fall flat when trying to engage with Gen Z voters, Leeds said.

“Watching politicians on social media is so painfully awkward, and it seems like a bit of a reach for their age,” she added.

“I think it depends,” Hull said. “Sometimes, I think of Ted Cruz posting things on Instagram that are very cringey and objectively bad.” However, he continued, posting on social media “can go well. I think you need someone who knows how to use social media and how communications differ on social media compared to an advertisement on TV or Facebook.”

For millennial politicians like Congresswoman Alexandria Ocasio-Cortez — a progressive Democrat from the Bronx — Leeds said “she’s one of us, so her showing a genuine interest in the platforms she uses makes sense.”

Leeds pointed to Ocasio-Cortez’s recent Twitch livestream, during which she played Among Us, a popular new online game, to encourage voter turnout and engage with constituents.

Though their older counterparts may not be able to mobilize campaigns as authentically on social media, many younger voters continue to become politically engaged, both on and off of their social media platforms.

The craving for authenticity and transparency from politicians echoes a new shift in politics, as personal identity and political views go hand-in-hand for younger voters, according to Lane.

“For many young people, politics is about personal expression. For older generations it wasn’t like that. Younger politicians get that, and are more unafraid to mix culture with politics more,” Lane said.

“I would hold up [Ocasio-Cortez] as a better example of someone who really gets how to connect with younger voters,” Lane said. “I think that’s the kind of communication we’re gonna see once millennials get into higher office. They’re closer in age and understand digital culture.”

A version of this article appeared on p. 5 of the Nov. 12 print edition of the Daily Nexus.