From the looks of early polling results, America’s largest generation of voters, the youth vote from people ages 18 to 24, turned out to vote in record numbers this voting season. The Center for Information and Research on Civic Learning and Engagement projects that at least half of young people who were eligible to vote cast a ballot in the presidential election this year. 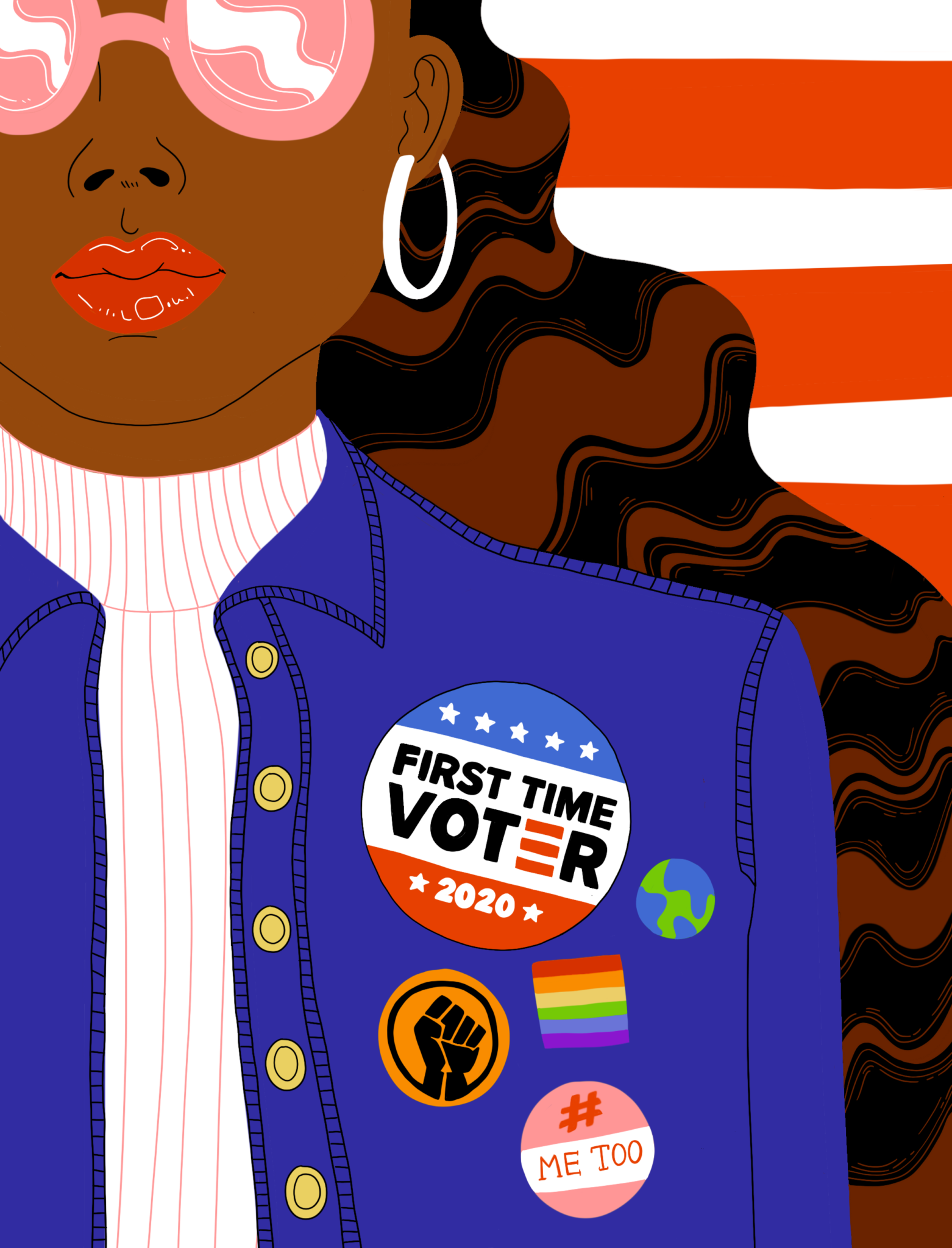 UCSB students voted despite, and even because of, the COVID-19 pandemic. Kiyomi Morrison / Daily Nexus

That number comes just over a week after election day, and as more ballots are counted, the independent research organization expects that young voter turnout could rise to as high as 56% after all of the ballots across the United States are counted.

For Cristina Gomez, president of UC Santa Barbara’s California Public Interest Research Group (CALPIRG), young voter turnout in this year’s election comes as a win. CALPIRG registered over 800 students at UCSB from the beginning of fall quarter to election day, and though the ballots in California have not been fully counted, Gomez said the projections for voter turnout this year already look better than years past.

Nationally, only about 42-44% of young voters cast a ballot in 2016, according to the Center for Information and Research on Civic Learning and Engagement (C.I.R.C.L.E.).

In light of the challenges posed by the COVID-19 pandemic, UCSB CALPIRG ramped up voter registration efforts and adapted its normal tactics for online environments. In previous years, CALPIRG’s “Dorm Storm” registered 3,000 students in a span of one to two nights, Gomez said.

Across all UC campuses, CALPIRG registered over 10,000 students to vote –– an increase of about 40% from the 2018 midterm elections –– logged over 5,000 hours of phone banking and made election announcements in over 600 Zoom classrooms.

Through conversations with new voters, Gomez noticed a general confusion about certain election resources, something she attributed to the pandemic. She said students were frequently unsure of where their polling places were located or where to find a mail-in drop off box.

“I think those are different challenges that we wouldn’t have had in person where it’s not in a pandemic setting because usually that information is pretty visible,” Gomez said.

“Especially with the pandemic and how things have gone, seeing people protesting …  everyone’s kind of sharing their opinion and wanting to make a difference and I think that was really a big motivator, that young people really have a lot of power if they turn out to vote,” Gomez said.

For the hundreds of volunteers and interns at CALPIRG across the UC system, Gomez said the strong young voter turnout was a celebrated success. Moving forward, Gomez said she would like to see more cooperation from various student groups across campus to increase nonpartisan and diverse outlets for support.

For now, though, Gomez said she wants to get the word out about the successful voter turnout and encourage new voters to keep voting in future elections.d

“Why should we let older populations and older generations make the decisions that would affect our future?” Gomez said.

A version of this article appeared on p. 1 of the Nov. 12 print edition of the Daily Nexus.