The Daily Nexus
Sign of the Times
The American People Lost in the Presidential Debates
October 27, 2020 at 4:20 pm by Marisol Cruz 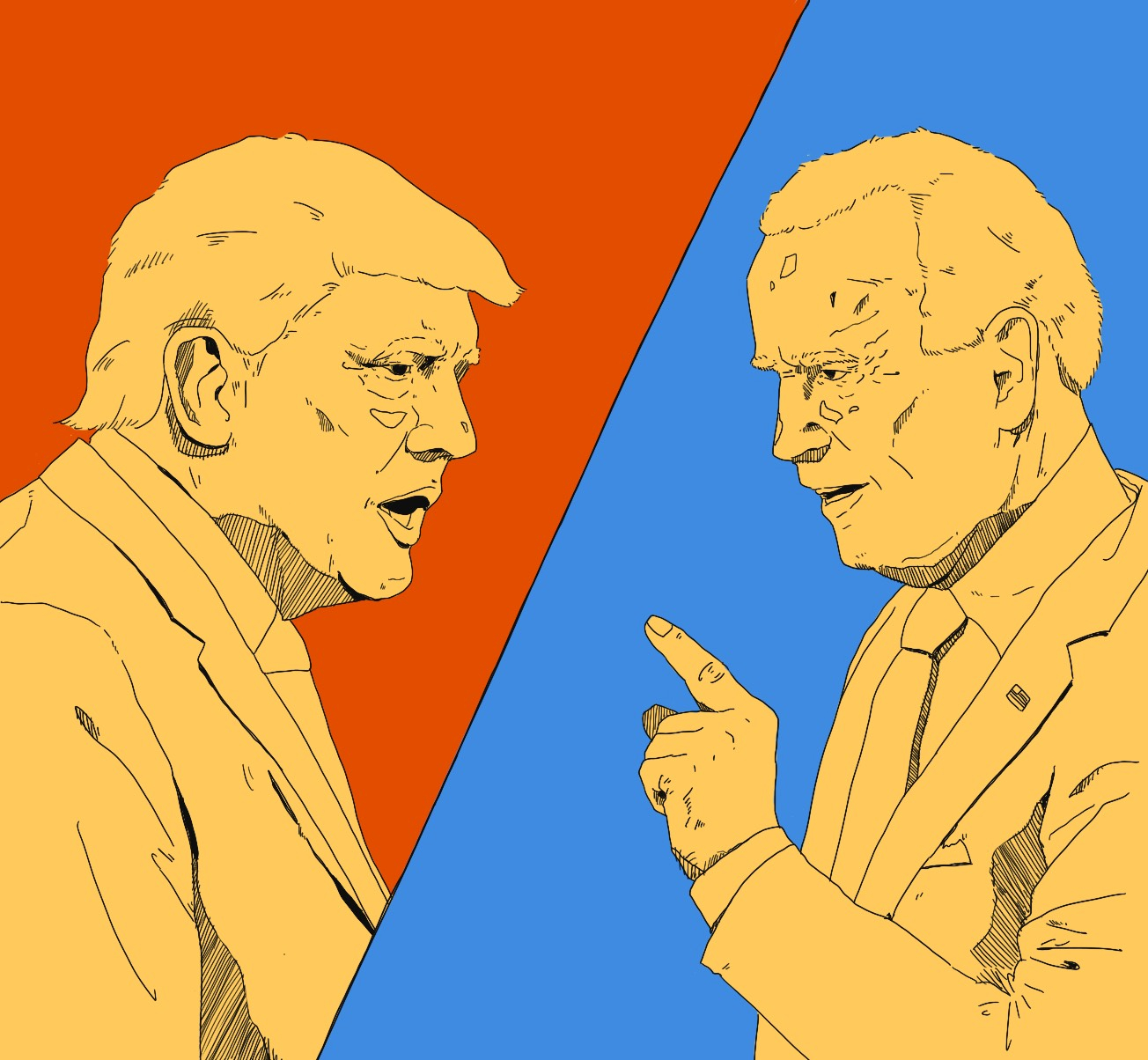 Presidential debates are a key component in a presidential election run. A national event covered by multiple media outlets with millions of potential voters tuning in, they are essential in the lead up to the presidential election. These events are intended to increase voter knowledge on key elements of the candidates’ platforms and create civil discourse between the candidates on topics pertinent to the nation. The first nationally televised presidential debate took place in 1960 between John F. Kennedy and Richard Nixon. Kennedy later won by a narrow margin and historians agree that his eloquence and confident appearance on television aided his victory.

These political performances have evolved over the years, but the 2020 presidential debates have proved themselves to be a stark contrast from those of any previous year. They have exhibited a severe lack of civil discourse that would have otherwise provided educational information to the voters. Rather, voters are watching the presidential candidates take jabs at each other, name-call and partake in the spreading of misinformation. The 2020 series of presidential debates undermined the debate’s original purpose, and in its process undermined the democracy of the election.

The first 2020 presidential debate between candidates Donald Trump and Joe Biden was held in Cleveland, Ohio on Sept. 29. The main topics were to include the Supreme Court nomination, court packing, coronavirus, the economy and protests for racial justice. Despite these planned topics by the Commission on Presidential Debates, boasts and insults riddled the most bizarre presidential “debate” I have ever seen.

Each topic took a turn from discussing policy to attacking the opposing candidate on personal matters. Biden called Trump a liar after the president stated that Biden supports socialized medicine, an important distinction Biden wanted to clear up in his policy issues regarding health care. Trump shot back at Biden and labeled him a true liar, claiming that the vice president graduated the “lowest or almost the lowest in [his] class.”, rather than the first in his class.

Biden attempted to steer the conversation toward talking to the American people and their families, but Trump cut him off and made a distasteful comment regarding Biden’s son, Hunter Biden, and his personal drug addiction problem.

Throughout the whole event, the candidates talked over one another in order to defend themselves against their opponent’s petty remarks. There was very little to take away from the debate after it concluded in regards to pertinent campaign information. Voters had to sift through the night’s misinformation, and commissions had to rework how the debates would continue in order to ensure that the American people could receive critical information regarding the two potential administrations.

The second presidential debate of 2020 did not even occur. Slated for Oct. 15, it was later canceled due to Trump testing positive for coronavirus and his subsequent refusal to debate remotely despite health concerns. This led to both Trump and Biden holding separate town halls on different news networks. Trump held his town hall on NBC, while Biden spoke at his town hall on ABC. Each candidate was grilled by moderators on issues pertinent to their prospective administrations. While this may have been helpful in gaining more insight into the candidates’ views without interruptions from their opponent, there was ultimately an absence of discourse between the two candidates.

Newton Minow, who first proposed the idea of presidential debates in a memo in 1955 and who still serves on the Commission on Presidential Debates, stated, “This is the first debate to be canceled … the loser is the American voter.” He was “disgusted” that this democratic event turned into a “wrestling match.”

The transition of the second “debate” into two town halls seemed to reinforce the sense of polarization within our nation, rather than serve as an attempt to speak to all the American people. In its essence, these town halls felt more like campaign rallies. Campaign rallies attempt to persuade already interested voters with similar partisan views, while a non-partisan debate commission attempts to educate all voters.

Politics in itself is already a difficult and complex field to follow. For voters who wanted to educate themselves, these town halls forced them to juggle two separate events that occurred at the same airing time.

Most recently on Oct. 22, the final presidential debate took place in Nashville, Tennessee at Belmont University. To open the debate, moderator Kristen Welker pointedly reminded the candidates that the goal of these debates was to ensure that the American people can hear the two of them converse and hear every word that each candidate has to say. It was a much-needed reminder of debate etiquette after the incessant interruptions that undermined the first presidential debate.

The commission even implemented the silencing of microphones in order to combat these interruptions. During the topic of foreign election interference, the candidates began questioning each other’s finances. While it is somewhat valid to question possible corruption involving a candidate’s finances, the conversation quickly turned to personal attacks. Biden actually paused his speech to talk directly to American voters. He commented that this is “not about his family and my family, it’s about your family.” However, Trump mocked Biden for sounding like a “typical politician” in his attempt to speak to the American people.

On the extremely pertinent issues of racial inequality in the United States, Biden took the opportunity to call Trump a racist and dismissively name-call him “Abraham Lincoln.” This stemmed from Trump’s previous statements in which he compared himself to Lincoln. Most notably on Twitter, Trump boasted, “[His] admin has done more for the Black Community than any President since Abraham Lincoln.” Trump quipped back that he never said he was “Abraham Lincoln,” just simply that nobody has done more for the Black community than himself since Lincoln’s presidency.

Regardless of Trump’s intentions, voters received little information on how the candidates will face the current racial justice climate in this country. It was disheartening for me to watch the potential leaders of this nation spend a portion of the time for this topic, which is so pervasive in this country and when Black and brown lives are at stake, to clear up their own personal matters.

Marisol Cruz is disappointed by the 2020 presidential debate performances and wants the American people to be reframed as the center of our democracy.