The Daily Nexus
Music
In Review: Joji Nuances His Sad Boi Style on “Nectar”
October 7, 2020 at 12:16 pm by Jadon Bienz and Evan Gonzalez

Rarely does a star of the YouTube/Instagram cohort escape into mainstream artristic success — notoriously laughable attempts such as Jake Paul’s “It’s Everyday Bro” make the jump from content creation to the music industry seem impossible while being taken seriously. Joji, born George Kusunoki Miller, is as much of an anomaly with regards to his newfound mainstream musical success as he was with his crass TVFilthyFrank channel. On his latest album “Nectar,” Joji expands his sonic range, simultaneously embracing his lo-fi sound as well as including a more diverse musical palette, making for his most engaging project. 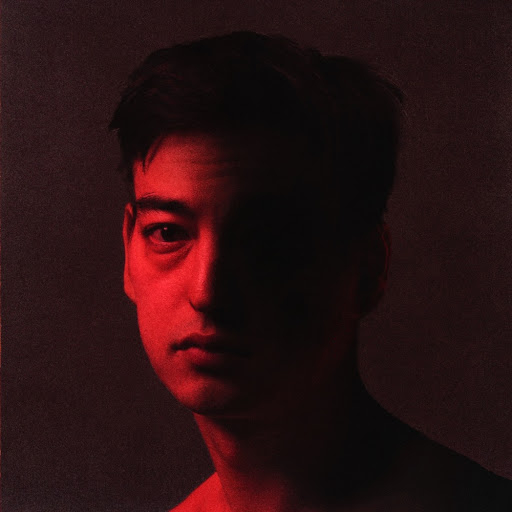 Though Joji’s old YouTube legacy was most notable for inspiring the Harlem Shake craze of 2013, his ex-channel is ultimately a self-proclaimed “everything a person should not be.” Joji played multiple characters, each with their own type of nastiness, as they sang obscene parody songs, recited crude commentary on anime culture and bathed in a bathtub full of ramen. However, the show came to a halt in 2017 when the characters were forced into retirement due to Joji’s declining mental well-being, worrisome physical health and maturing sense of humor.

His resultant re-invention was in stark contrast to his internet persona. Gone was the absurdity of Filthy Frank and out of this emerged a serious artist, no longer using shock antics to offend, but instead opening up and showing emotional vulnerability through his lo-fi SoundCloud tracks. Joji’s blend of R&B and alternative vocals brings Frank Ocean, Daniel Caesar and BROCKHAMPTON to mind. His biggest single since the shift to music has been “SLOW DANCING IN THE DARK” off of his album “BALLADS 1.” Boosted to popularity by TikTok, the dreamy instrumental paired with Joji’s dramatic performance lends a perfect balance of Joji’s vocal influences with his personal, lo-fi sound.

Compared to his previous projects, “Nectar” shows Joji being more versatile in his choice of sounds. His debut EP “In Tongues” had a sad, atmospheric quality that grew uninteresting with the album. In stark contrast, tracks such as “Daylight” assisted by Diplo’s instrumentals and the synth-pop, EDM mashup “777” feature upbeat production and radio-friendly hooks that lend a rejuvenating energy to “Nectar.”

Joji still gives plenty of runtime to his signature experimentation and sadness. “Ew,” a dramatically orchestral dirge to a relationship, serves as a dire introduction to the album where Joji powerlessly pleads for love, singing, “I can’t believe I’m not enough … This is your world.” “Pretty Boy” is a humorously sardonic track featuring an unexpectedly sung feature from Lil Yachty. The two sing an auto-tuned, happy-go-lucky melody over a distorted production, parodying the facade of star life in what may sound like a matured TVFilthyFrank song. “Reanimator” featuring Yves Tumor synergistically blends the two artists’ lo-fi styles into a distorted yet catchy groove.

This variety in style is not molded together effectively though — the tracklist’s flow feels off, especially in the second half, with nothing thematically or sonically tying one song to the next. This second half focuses on a run-of-the-mill production style. The most unique part of Joji’s sound is his sorrowful voice, but as it is not comparatively refined within the R&B-scape (e.g. The Weeknd’s emotional range, Bryson Tiller’s lush rhythmic crooning), many tracks remain forgettable if Joji is unable to synergize with interesting instrumentals.

The songwriting on “Nectar” also frequently lends itself to confusion and dullness. The lyrics are made harder to discern due to Joji’s slurred singing, but when they do come through, confusing metaphors such as “I wanna be a Chevy, not a Sentra” on “MODUS” can make the supposed sadness hard to process. Especially combined with chilled-out instrumentals, the absence of any exciting or substantive lyrics on tracks like “High Hopes” and “Like You Do” make the project easy to zone out on while listening to front-to-back.

In spite of this shortcoming in storytelling, Joji’s vocal ability gives intensely tender and dramatic moments when it does compliment the instrumentals in a novel way; his emotional appeal lies in “show, don’t tell.” The rich second chorus of “Sanctuary” floating over swooshing production provides a holy feeling that thematically matches the titular safety of a relationship. “MODUS” demonstrates a successful experiment with flow, where a purposefully dry, machine-gun cadence contrasts a backing piano to emphasize his anxiety, as Joji meditates in limbo, “I cannot stop, I cannot cry / I will not fret, I will not die / I am machine, I stay alive.” The vocal climax of “Run,” followed by a wailing electric guitar solo, sounds straight out of a metal power ballad in the best way possible, à la Guns N’ Roses.

While the spaciousness and vagueness of some tracks on “Nectar” may fail to grasp the interest of new listeners, the emotional potency and greater stylistic variety that the album displays show an artistic growth that will still surely satisfy casual listeners and hardcore fans alike. Joji has begun to expand the variety of the gloomy atmosphere he became a symbol of while never forgetting the feelings that root his art.

You did not just call in tongues uninteresting lul