The Daily Nexus
Sign of the Times
Fear Demagoguery, Not Judges
October 2, 2020 at 1:30 pm by Nathan Lee 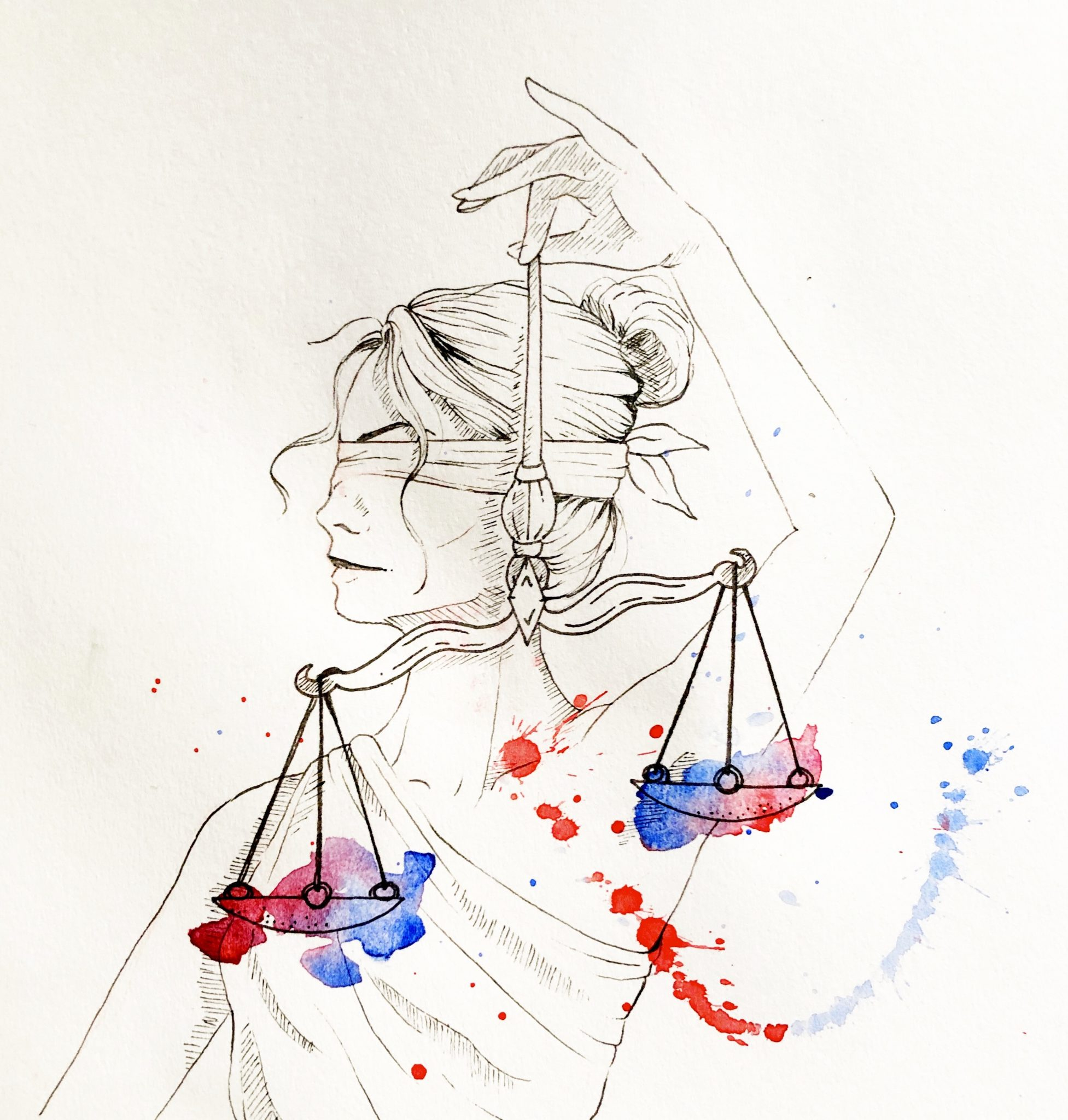 After Justice Ruth Bader Ginsburg’s death on Friday, Sept. 19, many politicians and news media anchors are worried that President Trump is going to nominate someone who will follow the Republican agenda and solidify the “conservative majority.” This worry exemplifies the common fallacy that judges are tied to political motives. This raises the hotly debated question: Are judges themselves political, or worse, partisan?

The majority of the American public says yes. Opinion polls suggest that about three-quarters of Americans believe that judges — U.S. Supreme Court Justices and lower court jurists alike — base their decisions on their “personal political views.”

However, if you ask that same question to the justices serving on the Supreme Court, the highest court in the American judiciary, you will receive a different answer. The Obama-appointed and generally perceived liberal justice Sonia Sotomayor is quoted as saying “what people perceive [about the court] as partisanship is erroneous.” The supposedly more moderate justice Stephen Breyer agrees stating, “A Judge… is not political, in any sense that an ordinary person would normally take as political”. Conservative justice Neil Gorsuch believes the same: “A good judge doesn’t give a whit about politics.”

It is certainly true that judges have their own political ideologies. However, the claim that the judges are just politicians in robes is not only factually false, but a serious danger to the structure of America’s constitutional government. It would not only curtail the absolute legitimacy of the court, but also turn the American people against their judicial protector. It ultimately will enable demagogues to weaponize people’s fear of tyranny to taint the court as a tyrant for their own political benefit.

To understand the apolitical nature of the American judiciary, it is important to first understand key characteristics of politicians. Politicians, in a representative republic such as ours, are elected so they are accountable to public opinion. If a representative in your district or even the president of the United States passes a law that you don’t like, you get the opportunity to replace them by voting on election day. In order for politicians to keep their power, they ultimately have to cater to their constituents to remain in office. In other words, a politician has an intrinsic interest to follow the will of the people.

However, this direct relationship with the people is not what the founders intended for judges. In Federalist 78 and 79, founding father Alexander Hamilton expresses that the importance of an independent judiciary is to be immune from the “ill humor of society.” This is because the court  often needs to make decisions that go against public opinion in order to preserve liberty. Hamilton’s solution was to grant judges a lifetime appointment and a pay without decrease, which made judges figures immune to public accountability.

This solution also removes the intrinsic interest for judges to be political or to satisfy and obey the will of the citizenry simply to hold onto their job. The founders hoped that with an independent judiciary, the courts could strike down tyrannical laws with or without the support of the people.

After understanding the difference in terms of accountability, or lack thereof, that politicians and judges are vested with, it becomes clear the inherently different roles that they hold in America. Politicians work with will, judges work with law.

As previously discussed, politicians have to represent the interest of different constituents with different demands so it is natural that they disagree politically. However, the same cannot be said about judges. Federal judges are not accountable to the people but only to the laws and no matter what different decisions they’ve reached, judges work with the same constitution and the same US code. Their decision is not about what the judges themselves believe is best for the country; it is about what the judge believes, using his or her principle and philosophy, was intended by the drafter of the legislation.

In a study done by Yale law school, researchers found that neither judges nor lawyers displayed practically or statistically meaningful signs of being influenced by their political ideology in their judicial work. But there are still fundamental differences that separate judges from one another, which are commonly referred to as their judicial philosophies.

Judicial philosophies, to put it simply, consist of a set of ideas and principles formed throughout a judge’s personal and legal career that shapes their interpretations of the wording and spirit of the law. These are not specific views but rather are composed of a broad view on the limits of governmental power and the interpretation of the constitution. Politicians tend to fight hard for judicial nominations, in the way we are seeing right now, because they believe the judicial philosophy that the nominee holds will push them to rule in favor or against their party interest in the future.

What concerns me about this belief that judges are politicians is not just how this statement will impact the next generation of lawyers and judges, but the irrevocable damage such beliefs will do to the legitimacy and the public image of the court. One of the awesome powers of the federal court is judicial review; it gives the courts the power to overturn executive action and laws by ruling them illegal or unconstitutional. This is a power that has the ability to act as a check to the elected branches of the federal government. But that check is only justified if the court is expected to be nonpartisan and to be loyal to the law, not parties or ideology. Otherwise, the court will not be interpreting laws but instead creating them and will act simply as an extension of the legislative body thus losing its legitimacy.

This is where politicians and political activists begin to exploit the genuine fear of tyranny, by spreading the belief that judges are politicians to gain political advantage. This is the reason for the heavy politicization of every vacancy on the Supreme Court and why they have remained contested in recent years. If there is one thing that Americans fear, it is tyranny. Therefore, it isn’t hard to spark fear that judges, especially those of the Supreme Court, that are nominated and confirmed by the opposing political party will act as an all powerful dictator once installed.

This goes for both sides of the political spectrum. Democrats fear that the court will one day restrict rights like right to a abortion by overturning landmark cases like Roe v. Wade, while Republicans fear the court will restrict rights like the right to bear arms by overturning landmark cases like District of Columbia v. Heller. These fears soon translate into action of politicians who fight desperately for court nominations, through conventional means or otherwise. In recent past, Senate majority leader Mitch McConnell refused to allow the senate to vote on President Obama’s pick for the Supreme Court after the death of Justice Antonin Scalia in 2016, and now Speaker Pelosi refuses to rule out a second impeachment to delay the Senate from confirming President Trump’s nominee for Justice Ginsburg’s seat.

Oftentimes, the reason why people have so little knowledge about the court and fall for demagoguery is because our schools do not provide a thorough civics education. A people that are not informed is a people that are controlled. In California, where I attended high school, you only need a semester worth of government or civics classes to graduate. There needs to be at least one year’s worth of required civics classes in order to combat today’s chasm of political misinformation. I also think civics or government should be added into state standardized tests.

Additionally, I think Congress should expand on the Plain Writing Act of 2010 to cover the legislature and the court. This expansion would make or at least encourage judges to write in simple English, or to include a legally binding summary of the decision using common English. This would allow judges’ logic and reasoning to be better understood by the American public and therefore, less easily politicized by politicians. This expansion of The Plain Writing Act combined with more civics education would equip citizens to look deeper into simple partisan divides and see the court from a more sophisticated angle. This would ultimately better equip citizens to resist the danger of demagoguery.

The constitution starts with “We The People.” Therefore, it stands that any governmental institution needs to be seen as legitimate to the people, especially the courts. If we allow ourselves to watch demagogues taint and politicize our courts and judges, we have to wonder if one day justice will come in red or blue.

Nathan Lee mourns the great loss of Justice Ruth Bader Ginsburg and unpacks why this shift in power has remained so historically controversial.