The Daily Nexus
Music
In Review: Katy Perry Gets Her Smile Back
September 4, 2020 at 11:36 pm by Sam Franzini

Katy Perry has released her sixth studio album, “Smile.” In 2019, she shared that she was writing songs but would only release an album “if there’s demand for a full body of work,” and fans were curious to hear more after scattered single releases throughout the year. The album comes after 2017’s “Witness,” an album that aimed for greatness but ultimately became too caught up within itself. This time around, she has fun, and it works out much better for her. 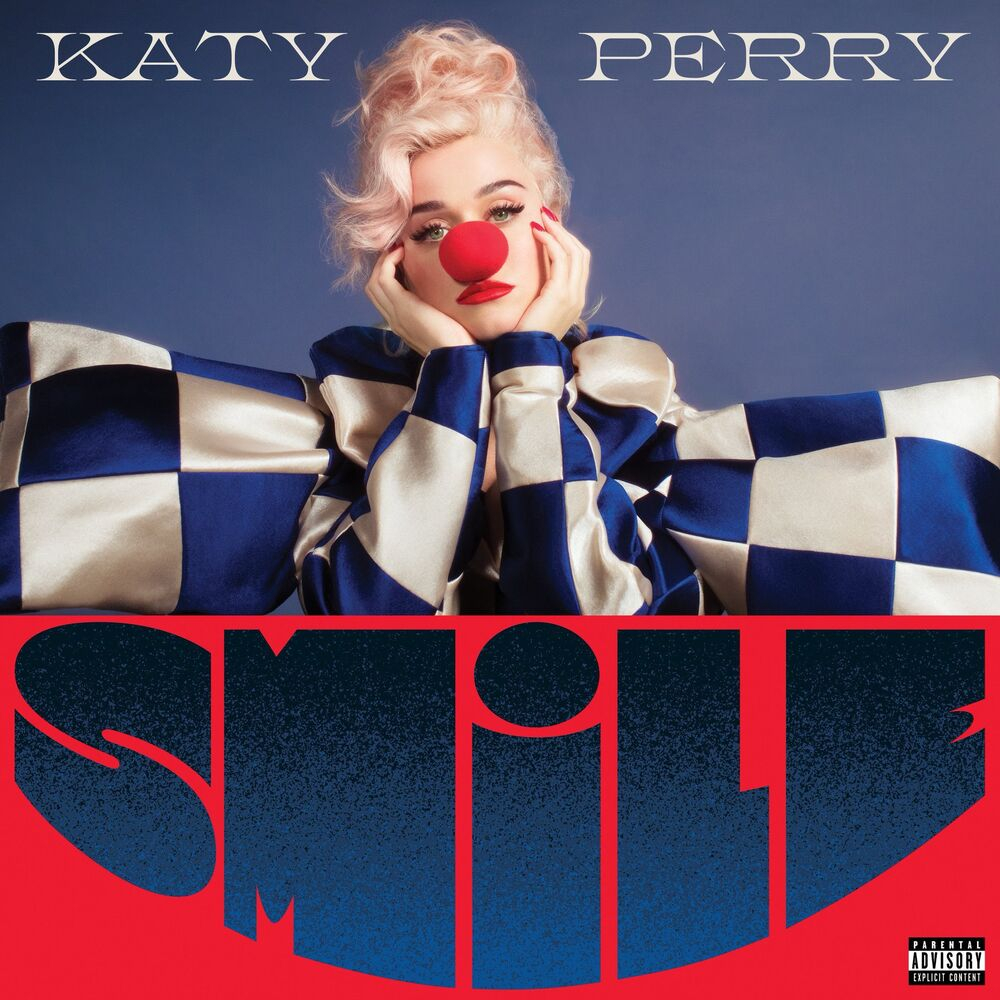 Ever since dominating 2010 with the “Teenage Dream” album cycle that produced five No. 1 hits on the Billboard Hot 100 — a feat shared with Michael Jackson — Perry’s career has been on the decline. 2013’s “Prism” followed with monster smashes “Roar” and “Dark Horse” but drew criticism for the latter track along with “This Is How We Do” for apparent cultural appropriation. Promising “purposeful pop,” Perry released “Chained to the Rhythm” in February 2017, which debuted at No. 4, marking the first of her albums to not have a lead single hit No. 1. “Witness” was panned by critics, and its intention of criticizing pop music while performing it didn’t go over so well, a fate shared by Madonna’s “American Life.”

Unfortunately, this is the first Katy Perry album without a hit. From “Witness,” “Bon Appetit” generated enough talk with its raunchy music video, and the “Swish Swish” video included enough celebrity cameos to make an impact (aided by a Nicki Minaj verse). “Never Really Over,” the lead single for “Smile,” peaked at No. 15 on the Billboard Hot 100 and didn’t get the promotion it deserved to become a radio smash. “Daisies,” released a year later, hit No. 40. But with a new baby born last week, this album seems like a turning point: She can write songs for herself, and not for the charts. “Delivering a baby and a record in the same week, dont f*ck with mama,” she tweeted.

In an alternate world where justice is served, “Never Really Over” would have added to Perry’s collection of No. 1 hits. It is far and away the best song of the album due to its wordy chorus (though you’ll be mouthing along to it eventually) against a propulsive, choppy beat. It alludes to the delusion people experience after a breakup: “Just because it’s over doesn’t mean it’s really over/And if I think it over, maybe you’ll be coming over again.” Produced by Zedd, the electro-pop song builds and builds until the finale, along with a high note that had most remembering that she actually is an impressive vocalist.

The two following tracks, “Cry About It Later,” and “Teary Eyes” both describe sadness on a dance floor, differing only in when the narrator starts sobbing. “Cry About It Later” is the better of the two, displaying a heavy cadence and impressive guitar solo at the bridge. On “Teary Eyes,” though, Perry leaves nothing to the imagination, spelling out her sadness too clearly. “Have you ever lied and just replied ‘I’m fine?’/’Cause I can see you’ve lost, lost the light in your life,” she asks. It’s a sadder version of “Firework,” asking questions that are more downtrodden than the goofy “Do you ever feel like a plastic bag?”

Released last year right as fall was rolling around, the summery, laid-back “Harleys in Hawaii” also deserved a better treatment as a single. It has some ambitious rhyming attempts (“When I hula-hula, hula/So good, you’ll take me to the jeweler, jeweler, jeweler”) but does a good job at creating a nice, enveloping atmosphere. When she sings of pinks and purples in the sky, you can imagine her inspiration. The catchy chorus is bound to get stuck in your head, especially the hula line.

“Tucked” is a quirky, charismatic highlight about using your imagination to picture a romantic getaway, almost the precursor to “Harleys in Hawaii.” “I keep you tucked away inside my head/Where I can find you anytime I want,” she sings on the light chorus. They bounce between destinations (“I could put us on an island/I could put us in a mansion”), showcasing all the places the mind can go.

Although it’s structured like a typical Girl Boss empowerment song (think Rachel Platten’s “Fight Song”), “Only Love” is the most endearing cut on the album, talking about positivity in one’s life moving forward. “If I had one day left to live… Oh, I’d call my mother and tell her I’m sorry/I never call her back/I’d pour my heart and soul into a letter/And send it to my dad,” she admits on the chorus. The swaying outro is nice and closes the simple song off cleanly.

“Smile” was the song paired with the album announcement, and it reveals the depression Perry faced after 2017 due to immense “Witness” criticism. “But every tear has been a lesson/Rejection can be God’s protection,” she sings over the bouncy upbeat instrumental. It’s not the most inventive sound, but it feels legitimately good to hear Perry happy again (“Yeah I’m thankful/Scratch that, baby, I’m grateful/Gotta say it’s really been a while/But now I got back that smile”).

This is a solid collection of songs, taking Perry’s signature charm and molding it to a 2020s sound, whether it be the revival of older sounds or just some simple, clean-cut pop jams. On this record, she’s not trying to exert her creative exhaust (both an advantage and detriment) like on “Witness,” and it sounds like she’s having fun. With the last line of the album, “There it is, Katheryn,” she’s pleased with her work, and now that she’s got her smile back, that’s all that matters.