The Daily Nexus
Sign of the Times
Kamala Harris as VP: The Saving Grace or Downfall of Joe Biden
September 3, 2020 at 12:00 pm by Sara Rubin 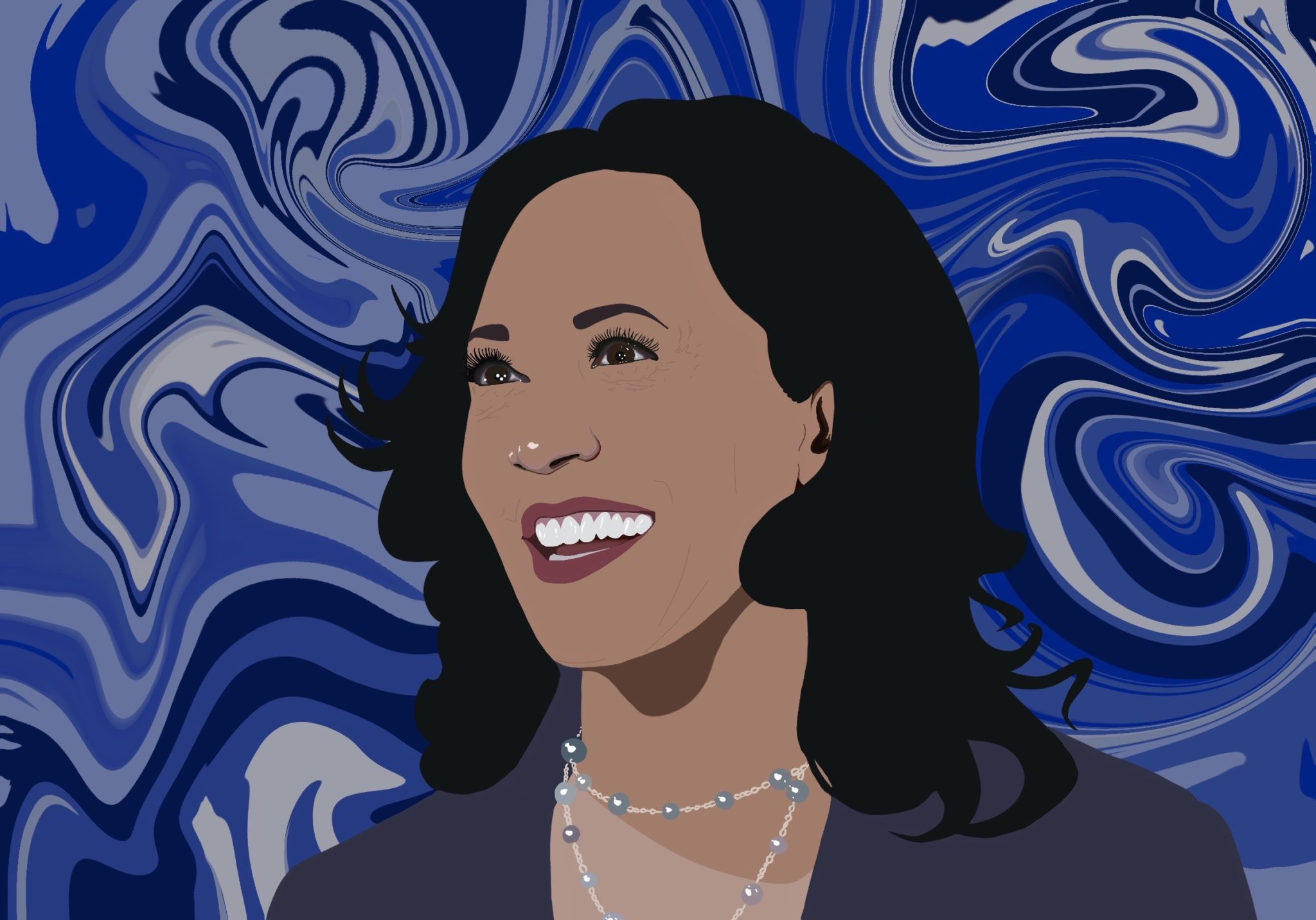 On Aug. 11, Joe Biden marked a historic moment for politics by announcing Kamala Harris as his vice presidential running mate. Along with Biden living up to his promise to elect a female candidate, Harris is the first Asian-American and African-American vice presidential nominee to represent a major political party in America. The California senator checks many boxes, as she is a compelling and diverse candidate with vast experience and great qualifications.

However, her past record as California attorney general places this narrative of progressiveness and change into question. When compared to former presidential candidates like Elizabeth Warren or Bernie Sanders, Harris falls short in her reform efforts and instead presents herself as a malleable politician who seeks to satisfy the demands of the majority. As Biden must satisfy the new liberal wave of our generation, will Harris do more harm or good for his campaign?

Senator Harris has labeled herself as a “progressive prosecutor.” However, this description proves false when evaluating her past actions. As attorney general, one has the power to shape the criminal justice system into a fairer and more equitable institution. However, as district attorney of San Francisco from 2004 to 2011, Harris increased the felony conviction rate from 50% to 76%, demonstrating a tough-on-crime stance with high sentencing and limited change. She is often referred to as a “top cop,” as critics saw her take baby steps where bold reform was needed.

In 2011, Harris championed legislation in California that prosecutes parents whose children are found to be habitually truant in elementary school. This strict law allows the state to fine and give jail time to parents and fails to account for trying life circumstances. As her career continued, Harris often adopted more passive stances, such as when she declined to support a bill in 2015 that would require her office to investigate fatal shootings involving officers.

Her wrongful conviction case record additionally highlights her inability to concede errors and compensate for mistakes. A New York Times article from 2019 discusses several cases in which the California senator “turned legal technicalities into weapons” to cement strict jail time proceedings and avoid overturned cases in the United States Court of Appeals for the Ninth Circuit.

These past instances certainly indicate a more moderate political stance; however, Harris does offer numerous benefits to the Biden campaign, including a large financial backing needed for him to stay competitive in the race.

In the 48 hours since announcing Harris as his running mate, Biden raised $48 million. This financial support originated from Hollywood’s entertainment sector and Silicon Valley, exhibiting the large impact of her constituency. Additionally, while more progressive constituents are sometimes apprehensive to agree with Harris, the nomination itself has gained popularity within the Democratic party.

According to an ABC News/Ipsos poll, almost half of all registered voters that were polled approve of the nomination, naming traits such as honesty and compassion as favorable factors that place her likeability higher than that of Vice President Mike Pence. When considering Harris’ past, it is imperative to evaluate her political stance as a whole while allowing room for change and growth. Revolutionary policies are unlikely to emerge in the Biden-Harris term; however, the Democratic ticket offers a positive alternative to the current administration.

Harris, overall, is the “safe” choice as a running mate for presidential nominee Biden. When campaigning for President a candidate must choose a running mate who reinforces their position and upward mobility. The worst vice presidential candidates become distractions that cast doubt on the nominee’s decision-making abilities. As a mainstream and widely accepted candidate, Harris brings in financial and moral support and is seen as the least polarizing option.

At the end of the day, the Biden-Harris ticket may not be every progressive’s first choice. However, with how terribly our current administration is failing to save our country during the pandemic, it is imperative that the Democratic party comes together.

2020 has been a year of devastation and transformation, especially for politics in the U.S. COVID-19 has highlighted our country’s inability to address systemic inequality, while demonstrating our government’s mass corruption and the harmful consequences of inaction. This perspective is what drives me to support the Biden-Harris ticket, despite their possible inability to institute mass reform. While the U.S. is currently unable to enact the necessary progressive change needed by its citizens, together we can use our power to vote to fight current injustices — one election at a time.

Sara Rubin hopes you all use your voices this November and vote to remove our current incompetent leaders!!!

Kamala Harris refused to prosecute pedophiles from the Catholic church in SF that helped her get elected – she put a homeless black woman in jail for her child being truant from school. This woman is a sack of garbage and faker than a 3 dollar bill. Joe Biden is most likely a pedophile – makes sense that Kamala linked up with him.

Joe Biden looks to be about 2-3 years away from complete dementia. Kamala Harris was a strategic pick, I’ll give him that… but how can anyone say no to another Trump term given the way the stock market has been performing? I suppose paycheck to paycheck people don’t care about the stock market.

On you mean most people?

He means anyone but white people

Trump thinks our troops are losers. None of his family has served for generations. He doesn’t care that Russia has put bounties on the heads of our troops. 11 Intelligence agencies, including the Republican led Senate Intelligence have reported Putin is pushing far right white supremacist conspiracy in order to keep him in office. Even the Dept of Homeland Security knows this is the most dangerous rhetoric in America today. Trump clearly needs to go.

Trump wants to date his own daughter and he’s partied with Pedo Epstein (killed on his watch) and wished Ghilsane well Berghaus they’re pedo friends.