The Daily Nexus
Music
Aminé Brings His Extravaganza 2019 Energy to “Limbo”
August 13, 2020 at 1:22 pm by Jadon Bienz and Evan Gonzalez 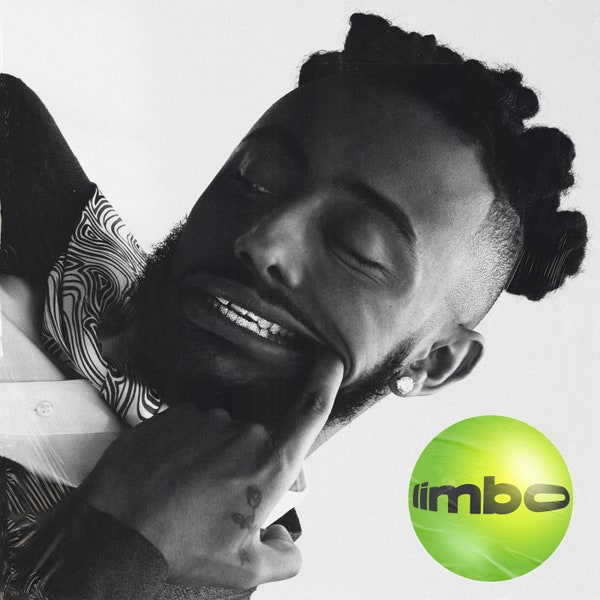 Whether interpolating the Spice Girls’ “Wannabe” into his own rap hit or posing on the toilet reading a newspaper for his first album’s cover, Aminé’s career has been defined by his effortlessly cool and energetic persona. He headlined UC Santa Barbara’s Extravaganza 2019 alongside Playboi Carti, with a show-stealing stage presence and engaging special effects (most notably a reminder “don’t say it if you’re white” projected behind him). Aminé’s second studio album, “Limbo,” is a refinement of this energetic artistic persona while providing a glimpse into his personal life.

Aminé translates his energy into a love for the city of Portland, giving a shoutout to his old neighborhood and reminiscing on his success on “Woodlawn.” However, he expresses how the ongoing gentrification and displacement of the Black community in Portland is concerning to him. Later, he recounts his own experiences of covert racism in “Becky,” where he describes his troubles of being in a relationship with a white girl during adolescence, rapping: “I’m fed up with the looks that we get in restaurants / And no, it’s not a law, but you know we ain’t the same / I’m fed up with a world that I know I can’t change.”

Looking towards the present, Aminé takes the time to honor the idols that helped him grow. He sees the late Kobe Bryant as a father figure to him on “Woodlawn,” even mentioning how he got a tattoo of Bryant. The next song, “Kobe,” is an entire interlude narrated by comedian Jak Knight lamenting the loss of his childhood innocence when Bryant tragically passed this past January.

In terms of Aminé’s rap influences, “Shimmy” features him interpolating the hook of the classic track “Shimmy Shimmy Ya” by the Wu-Tang Clan’s Ol’ Dirty Bastard. Aminé also references Jay-Z multiple times, starting with album opener “Burden”: “This a black album like Shawn Carter (Yee).” The song “Mama” recontextualizes “Song Cry,” Jay-Z’s emotional track about brotherhood, to be about Aminé’s mother: “You my favorite person, let’s go ‘head and make the song cry.”

Aminé’s humor definitely holds strong on “Limbo.” The song “Shimmy” most notably features him joking, “You thought you made you an anthem, but you just sang you a Fergie (Woo),” in reference to Fergie’s infamous interpretation of “The Star-Spangled Banner” at the 2018 NBA All-Star Game. “Roots” also features Aminé referencing an incident where rapper Lil B cursed NBA stars James Harden and Kevin Durant as he raps, “It’s all fun and games ’til it happens like a Based God curse.”

In terms of production, Aminé’s instrumental choices have always remained bass-heavy yet afloat with a sense of positivity compared to the moody trap beats that are popular today. Overall, “Limbo” continues this vibe in a less minimalistic way than his previous works. This evolution makes “Limbo” sound much more complete than his preceding projects—most notably, the opening track “Burden” features amazingly groovy vocal chopping, while “Roots” sounds extremely lush and vibrant. The album features a handful of slower tracks as well, such as “Easy” and “My Reality,” which offer a nice change of pace.

This maturation is paralleled by the inclusion of many more feature artists compared to Aminé’s previous albums, and these artists add essential sonic diversity to the tracklist. Most notably, the rappers of Injury Reserve are featured on the track “Fetus,” a song about the emotional life of fatherhood. The recent passing of Stepa J. Groggs from the group makes these verses even more touching, as he raps about his experiences as a teenage father. JID brings his R&B influence with Charlie Wilson to beautifully smooth out the chill track “Roots.” Young Thug’s feature on “Compensating” is one of the strangest on the album. Always the experimentalist, Young Thug overlays jagged processing on his voice which differs from his usual melodic style. Though jarring at first, this verse begins to nicely compliment the off-kilter instrumental with additional listens.

The biggest downside on “Limbo” is Aminé’s lack of standout moments on a handful of tracks, though to a lesser extent than with his previous projects. Songs like “Riri” and “Easy” are both enjoyable but can run stale. The instrumentals on “Becky” run smooth, but the synthesizers and vocals make it sound like a less exciting “SATURATION”-era BROCKHAMPTON song. Other tracks have moments that might turn some listeners off — aside from the experimental Young Thug feature, the instrumental for “Fetus” is very jarring and industrial, reminiscent of rapper JPEGMAFIA’s album “Veteran.”

Aminé’s growth and maturing sound make “Limbo” a satisfying listen for both fans and those only familiar with his hits. He never compromises on his humorous energy, and with more satisfyingly whole production as well as personal tales of his experiences and idols, Aminé thoroughly proves he’s growing in all the right directions.

“The Sailor” by Rich Brian