The Daily Nexus
Sports
From Europe to England: How Liverpool Finally Ended Their 30-Year Title Drought
July 22, 2020 at 3:56 pm by Nicholas DiPierro 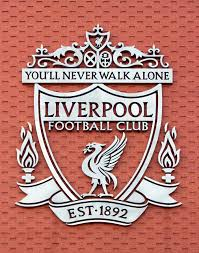 Today, Liverpool hosted Chelsea— lifting the Premier League trophy for the first time since their confirmation as champions.

Interestingly, the rise of COVID-19 and the pause of sports worldwide means Liverpool, who had already won the league in record games, has also taken the most time to win said trophy.

A typical Premier League season will run roughly from mid-August to early-May, but Liverpool were crowned champions just prior to the start of July after Chelsea’s upset of Pep Guardiola’s Manchester City at Stamford Bridge on June 25.

In that game, City got the first look at goal after Riyad Mahrez, on his off-wing, once again showed his class with a tight curler to the head of Fernandinho, who had joined the attack and found himself in the box just ahead of Chelsea keeper Kepa Arrizabalaga.

Arrizabalaga stood strong and Chelsea would quickly wake up.

Miscommunication between Benjamin Mendy and İlkay Gündoğan in an attempt to recover possession gave American Christian Pulisic an attempt at goal and it was 1-0 Chelsea late in the first half.

A great run by Mahrez and a slick through ball from (best in the world?) midfielder Kevin De Bruyne left Chelsea anchor N’Golo Kanté chasing, and ultimately, fouling Mahrez just outside the box. De Bruyne took the free kick per usual and what a free kick he took.

A piece of utter brilliance, the game was then tied 1-1 with over a half hour to go. City would need to win this game if they were to stop Jürgen Klopp’s Liverpool.

City would then tic-tac-toe down the pitch only for the sensational Raheem Sterling to hit the woodwork on an empty net in the 56th minute.

The 70th minute saw Pulisic show-off some fancy footwork just before Kyle Walker’s work rate earned his team a goal-line clear to keep the game locked up. It wasn’t until another scramble in front of Ederson that the Blues would finally crack the code.

Tammy Abraham would voice his displeasure to referee Stuart Attwell, and Fernandinho was later found guilty of a penalty after video review.

And in the 77th minute of the do-or-die match, veteran winger Willian Borges da Silva would fool Ederson to his left with a cheeky delay just before sealing the deal with a rocket inside the opposite post.

And thus, Liverpool’s 30-year league title drought was over.

Despite Liverpool’s two Champions League trophies during this time, in 2005 and 2019, the formation of the Premier League in 1992 would prove to coincide with the dominance of fierce rivals Manchester United.

Known as the Red Devils, United would go on to win two Champions League trophies themselves, but all the while adding thirteen English Premier League titles to their shelf, essentially eclipsing Liverpool as the most decorated English club of all-time.

So while the English Premier League records read 13-1 in titles, the truth is that Liverpool now find themselves just a single title away from tying United’s all-time record of 20.

And as if the 30-year drought wasn’t enough, Liverpool fans must wait for one more if they are to get an edge in the bragging rights.

Before that, however, is the list of records now owned by Liverpool after this incredible season:

For details of all the aforementioned records including records still up for grabs and those missed out on, check out Dale Johnson’s “Record-breaking Liverpool set new standards with Premier League title win” on ESPN.com.

With two games left to play, Liverpool are looking like a side that’s ready for a break.

After drawing nil with Everton in their first game since the pandemic pause, Klopp’s Reds found the inspiration for a 4-0 victory over Crystal Palace but have boasted a measly 2-1-2 record since, including a 4-0 thrashing at the hands of Pep’s Citizens just a match after winning the league.

More than that, the drop in form has come after a blistering 28-2-1 run to start the season. If that’s not tiring, I don’t know what is.

Fortunately for Liverpool fans, however, they’ll have nothing on their minds save for that sweet sound of … champions.