The Daily Nexus
Tech
With Face-to-Face Interaction on Pause, Videoconferencing Offers Effective Behavioral Intervention Programs For Those With ASD
July 13, 2020 at 2:00 pm by Anna Basa

Researchers with UC Santa Barbara and Stanford University, publishing with the Hammill Institute on Disabilities in SAGE Journals, conducted a study on the effectiveness of videoconferencing as a way to implement remote intervention programs for individuals with autism spectrum disorder. 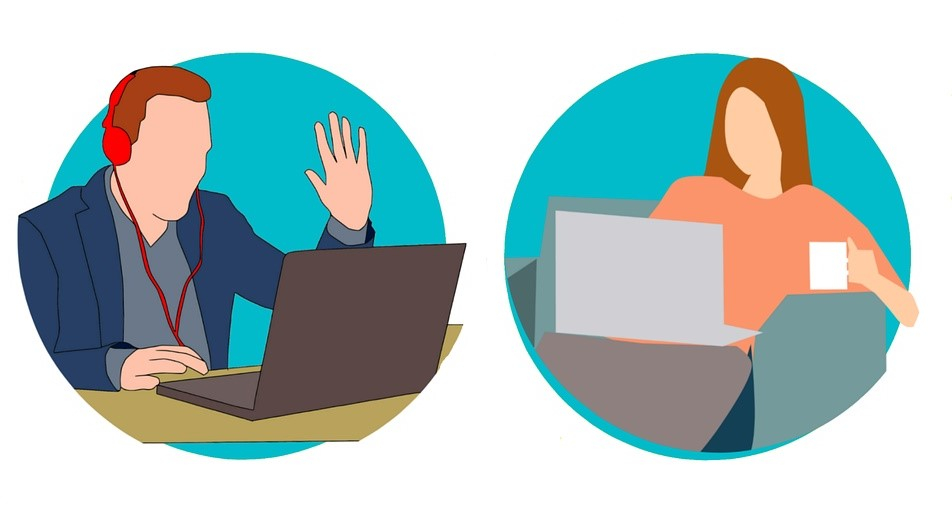 As results from the study indicate, remote instruction can accomplish many of the things that “face-to-face” treatment can. Courtesy of Pixabay

Led by Katerina Ford, a doctoral student in education with an emphasis in special education, disability and risk studies at the Gevirtz Graduate School of Education at UC Santa Barbara, this study conveys the importance of remote accessibility to behavior facilitating programs. Others integral to the study include UCSB researchers Mian Wang and Andrew Fedders, as well as two researchers from Stanford University, Robert L. Koegel and Lynn Kern Koegel.

According to the study, in recent years there has been a growing number of people diagnosed with autism spectrum disorder (ASD). As a result of this increase, there are calls to find alternative formats to current in-person programs or on-site videoconferencing (VC) programs, which are less convenient for people who may not have sufficient resources in their community, lack a means of transportation or face other obstacles which currently limit their access to such programs.

Background data collected in studies previous to this one shows that, “[people] with autism spectrum disorder display significant challenges with daily living services (DLS) relative to their cognitive abilities,” according to the study. This data was imperative to note while conducting this study as the researchers aimed to “focus on interventions that ameliorate these challenges.”

Currently, there are options like telemedicine programs, which utilize VC intervention as a means to “facilitate positive adaptive behavior outcomes” in individuals with ASD but only offer it via computers on site, requiring extra effort and coordination.

This is the first study on utilizing VC through remote intervention within the homes of individuals with ASD. The researchers considered “money management, personal hygiene, and meal preparation as essential to independent living and employment.” These DLS can include daily activities ranging from maintaining bedroom cleanliness to cooking on a stove.

The three participants in the study came from a demographic of young adult males with average intelligence who were diagnosed by clinicians with ASD. Each individual in their daily lives demonstrated reliance on their caregivers or support staff to complete specific DLS.

The design of the study employed a “multiple baseline criterion” which was essentially a tiered progressive system that encouraged advancement and retention of the participants’ skills based on a gradually growing scale.

For each participant, target DLS were chosen, as well as a five, seven or nine-step hierarchy baseline design. Over a period of time, the participants were asked to do the target DLS once as a baseline before the VC intervention, then again while being given the VC intervention and then a third time weeks after the completion of the intervention. Each multi-phase plan was tailored to each of the men according to what they, their guardians or their support staff reported as target DLS that needed intervention.

The result comparison to the baseline measurement revealed that “[each participant] respectively completed the treatment phases for all target behaviors after a total of 107, 28, and 22 intervention sessions over a period of approximately 54, 14, and 22 weeks.” This was coupled with the results from a post-experiment survey regarding consumer satisfaction that reported a positive reception by each participant.

The discourse that this contributes to regarding the behavioral intervention programs of individuals with ASD reveals that remote instruction can accomplish many of the same effects achieved through “face-to-face” treatment. The implications of this study suggest that it would be beneficial for researchers to consider virtual formats as an accessible option for people needing ASD programs.

In a Zoom interview with the Nexus, Ford commented on the lasting impressions of the study moving forward, saying, “Considering the current pandemic crisis, [our research] reflects how it is important to think about how we can better help adults with autism and look at the things we can do remotely which are consequently more accessible.”