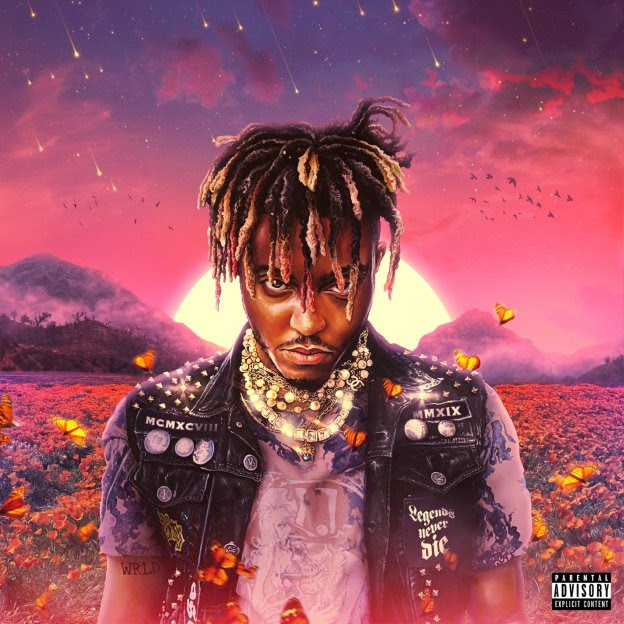 Jarad Higgins, or Juice WRLD, was the introduction to “Emo Rap” for many. After rocketing to the top of the charts with his seminal hit “Lucid Dreams,” Juice joined the ranks of such artists like Lil Uzi Vert, Trippie Redd and Yung Lean who defined the genre by use of slurred, autotuned singing over woozy beats.  In this league, Juice distinguished himself with his lyrical focus on heartbreak and his fight with drug addiction, along with his ability to freestyle songs.  His genre-advancing sound and talent meant he earned the respect of both old and new figures in rap, dropping a collaborative album with Future and being enlisted by Eminem for a feature on “Godzilla,” Em’s most popular single as of late.

Juice’s life tragically ended on December 8, 2019, as he overdosed on opioids in an attempt to hide drugs from a federal raid. His death was haunting, especially given seemingly predictive lyrics such as “What’s the 27 club? We ain’t making it past 21” from his song “Legends.” Many grieving fans found themselves wondering how his music would be released posthumously. Controversial rapper XXXTentacion’s death was followed by a series of releases, viewed as cash-grabs by his mother, along with a series of half-baked albums that were promo’d amongst allegations of his mother using his money for exorbitant purchases. Alternatively, Mac Miller’s posthumous “Circles” received universal acclaim as a cohesive and thoughtful accompaniment to his “Swimming.”

“Legends Never Die,” the first in what appears to be a series of posthumous Juice albums, aims to memorialize the impact of Juice’s emotional work. It strongly follows the stylistic choices that have run through his previous albums and songs: soft acoustic guitar melodies, followed by thumping 808s, all topped off with Juice’s signature auto-crooning.  Similarly, the themes run through his dependence on codeine and pills, struggle with mental illness, and desire for intimacy.

The album’s small feature list notably includes Juice’s fellow emo-rapper Trippie Redd, as well as singer Halsey, with whom Juice collaborated on the remix of her 2018 hit “Without Me.” This list is rounded out by some of rap’s newcomers — Polo G and The Kid Laroi — as well as Fortnite’s favorite DJ, Marshmello, who offers his anthemic EDM production style. This tight list places Juice in creative leadership of his posthumous project, a trend continued from his previous albums; however, “Legends Never Die” also continues the trend of having a beefed-up runtime (55 minutes), and this homogeneity may deter those who don’t deeply feel for his musical territory.

Ultimately, the album focuses on his core dilemma between traumatic heartbreak and coping: “If it wasn’t for the pills, I wouldn’t be here / But if I keep taking these pills, I won’t be here,” he laments on “Wishing Well.”  Even his newfound fame and money does not bring him fulfillment, as he emptily spends his checks in “Fighting Demons.” However, Juice still finds moments of confidence that were minimally present on previous records: “Conversations” has Juice resisting talks with the devil, while “Righteous” presents him as imprisoned by substance abuse but nonetheless angelic. A lyrical shift in the tracklist is found after the Trippie Redd-assisted “Tell Me U Luv Me,” which explores Juice’s need for the light of intimacy in his dark, drug-controlled world — a theme central to his debut album, “Goodbye and Good Riddance.”  Within the collaborative songs with Halsey and Marshmello, Juice breaks his previous mold as he raps over more pop and electronic elements. Both tracks reiterate the love and comfort that Juice finds within his relationship.

The album’s stylistic elements are fairly consistent with his previous work, both making it a fulfilling sendoff for fans but less rewarding for those looking for an album that evolves and changes over its runtime. However, “Legends Never Die” is peppered with clunky production moments, such as the first few measures of “Tell Me U Luv Me” that make it hard to catch the beat. Juice’s work does expand outside of his 808-heavy singing in the album — notably, the Gunna-esque flow on “Blood on my Jeans” brings solid energy to the track. However, the punky “Man of the Year” instrumental runs stale, while the jagged guitars of the Marshmello-produced “Come & Go” are exciting but abrasive.

While the stylistic elements of “Legends Never Die” mostly hold true to his artistry, the memorialization of Juice is murky.  While important to listen with the knowledge that his family and management only had a limited set of pre-recorded vocals to work with, the various interludes have messages of perseverance haphazardly edited in and focus more on his freestyling ability than on his massive impact.  Additionally, this attempt at memorializing Juice clashes with the musical content of the album, which begins to blend into itself rather than being a concise “best-of” to memorialize Juice’s impact.  These incongruencies, along with the clunkiness in production, leave “Legends Never Die” less cohesive than Mac Miller’s impeccable “Circles,” but much less disjointed and lazy than XXXTentacion’s multiple posthumous projects.  This first posthumous Juice album is not out of place in his discography, but also does not stand out as a refined example of the great artist he was.

“Legends Never Die” concludes with a raw snippet of Juice’s voice, singing “the party never ends” from Travis Scott’s “No Bystanders.” These last words on the album ring as a haunting reminder of the opioids that took his life, but more importantly, a personal reminder to celebrate both Juice’s impact in the music industry and his ability to help fans persevere through hardships — even in a world without Juice.

Trippie Redd – A Love Letter To You 3

Kid Cudi – Man on the Moon: The End of Day