The Daily Nexus
Music
Welcome to “Chromatica”: Lady Gaga Returns to Her Pop Homeland
June 3, 2020 at 2:35 am by Sam Franzini 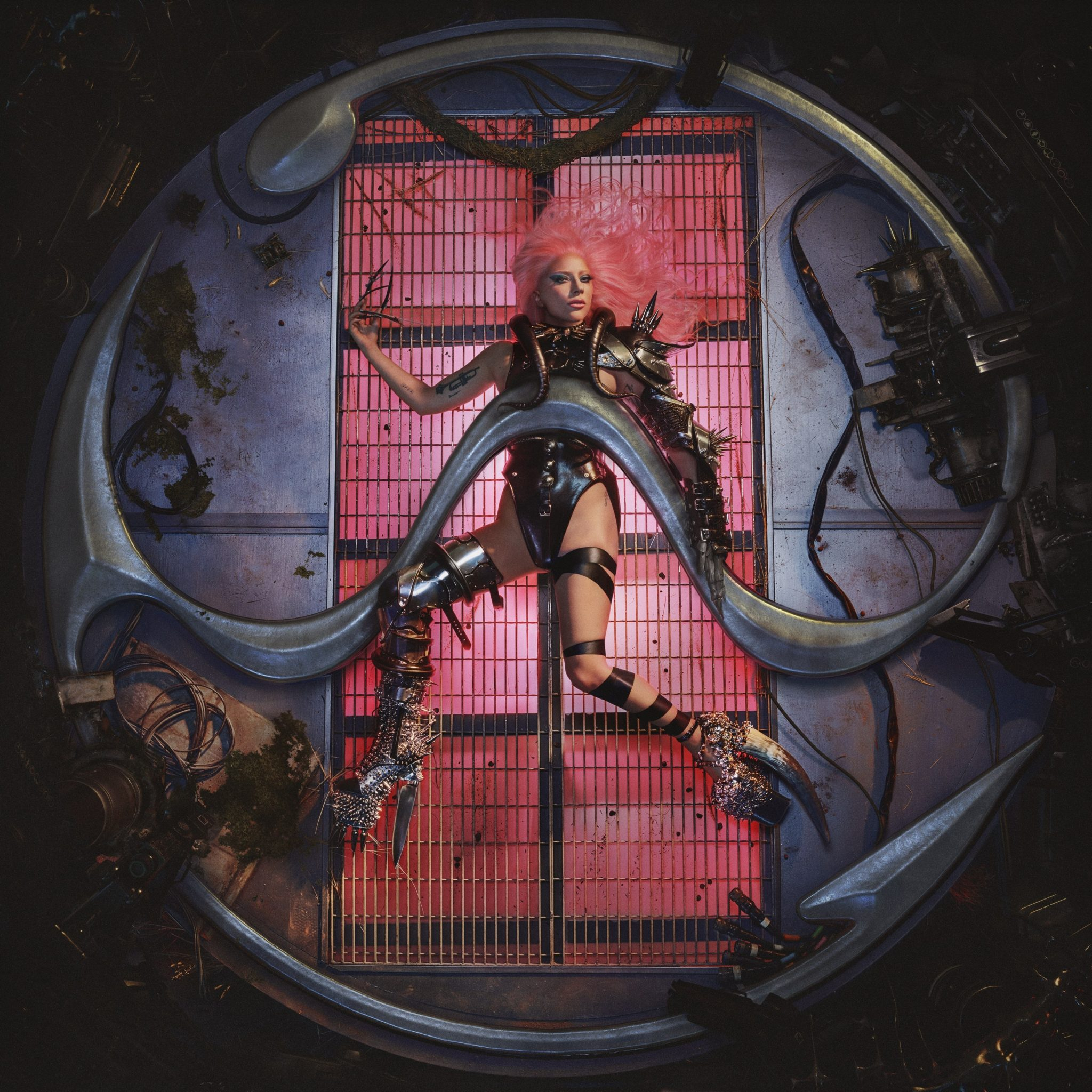 Lady Gaga has finally released her much-anticipated sixth studio album, “Chromatica.” After the country and folk-influenced “Joanne,” fans were hungry for Gaga’s return to culture-defining electro-pop songs. She delivers with this record, producing a collection of 13 songs with three interludes that are pure pop, all with clean instrumentals and some of Gaga’s finest songwriting to date.

Despite the album’s strengths, the road to release was one of the clunkiest I’ve ever seen for an A-list artist. After the lead single “Stupid Love” leaked, it was released in late February with no additional changes. The release date for “Chromatica” was initially set for April 10, but it was pushed back to May 29 due to coronavirus concerns, which she addressed in an emotional Instagram note. Soon after, the cover art leaked in full, forcing her to reveal it earlier. When all the destruction seemed to be done, Target accidentally released the tracklist when it stocked the album for pre-release on its website. Snippets for songs like “Babylon,” “Rain On Me,” and “Free Woman” all leaked and, instead of capitalizing on this momentum, Gaga’s team did not release a second single until a week before the album. Even the setbacks couldn’t stop one of pop’s most influential faces, and the album was released last week to critical praise.

Lead single “Stupid Love” is pure guilty-pleasure music, and is an immediate return to the pop that she’s known and loved for. With an ‘80s flair and a thumping beat, the track left fans needing more of the same from the rest of the album. Interestingly, “Stupid Love” is probably the most unique of the album; the song’s light and airy backdrop is a standout against the dark, instrumental-heavy tracks.

The second single, “Rain On Me,” features pop superstar Ariana Grande and is altogether a dynamo of a song, one that gets more fun every time I listen to it. The song is about persevering through hard moments, and despite wishing for them to be over, remaining strong in the face of adversity. “I’d rather be dry, but at least I’m alive/Rain on me, rain rain,” she sings. The video is an instant classic, featuring Gaga and Grande drenched in rain, dancing through it all with various wardrobe changes and futuristic sets. Whereas “Stupid Love” seemed campy and costume-like, “Rain On Me” is professional and, while still silly and fun, very well produced for artists of such high caliber.

I think that “Sour Candy,” a collaboration with South Korea’s most recognizable girl group BLACKPINK, would be a good song if you listened to it with your brain turned off. The catchy house instrumental borrows the same sample that Katy Perry’s “Swish Swish” did, but some of the lyrics fall apart. Admittedly, “I’m sour candy/So sweet then I get a little angry” is a clever line, but there aren’t enough good ideas on the song to back it up. The BLACKPINK members deliver as good of a job as they can on a five-person 2-and-a-half-minute song, especially when delivering lines as cutting as “Ask me to be nice, and then I’ll do it extra mean.” No matter your opinion on K-pop or how its fans act on Twitter, this genre has leaped into the Western cultural sphere, and a feature on a Lady Gaga song solidifies its relevance.

The previously mentioned “Babylon,” with an irresistible punchy instrumental from a “Haus Labs” promotional video, had leaked, but the album version is different. This rendition includes pianos, saxophones and a full-blown choir in the chorus, joining Gaga in chanting “Strut it out, walk a mile/Serve it, ancient city style,” reminiscent of the command-like lyrics and beat from Madonna’s “Vogue.” As one enlightened YouTube comment once told me, “You know a Gaga song is good when Madonna fans start to compare the two.” I’ll be honest, I had a hard time subscribing to the idea of the semi-forced wordplay “Gossip, babble on/Battle for your life, Babylon,” but after hearing how good the whole song is, I’ve accepted that it only adds to Gaga’s path of not taking herself or her music too seriously. 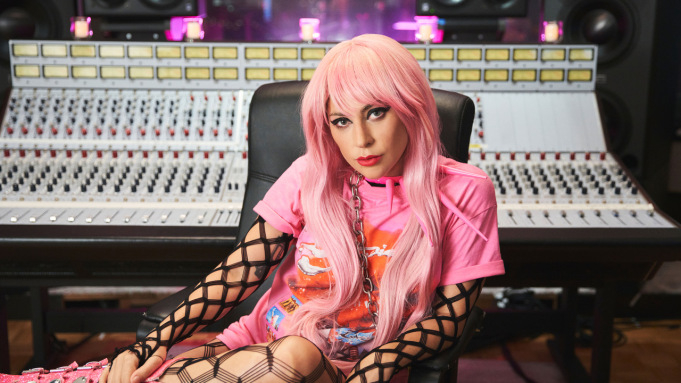 The three interludes on the album do little more than to shorten the length of it, which is already small (43 minutes for a 16-track album), even though the transition from “Chromatica” to “911” is, in a word, excellent. They do provide a nicely produced sonic palate cleanser between all of the pop explosiveness and separate some of the lyrical ideas from each other. However, my general rule regarding interludes is that if you are not Janelle Monáe and able to execute them flawlessly, you should not do them.

One particularly heavy hitter is “Free Woman,” which is about how Gaga was sexually assaulted by a music producer early in her career. She felt free after she let go of the pain and was able to celebrate, and she sings, “I’m not nothing without a steady hand/I’m not nothing unless I know I can/I’m still something if I don’t got a man/I’m a free woman, oh-oh.” This song is a triumphant return to Gaga’s dance roots, which is most clearly shown through the upbeat dance production and stand-out lyric, “This is my dance floor I fought for.”

Another standout is “Plastic Doll,” a song about conforming to the music industry and being what everyone looks for in a pop star. It’s not a particularly new idea, but Gaga sells it with the strained and pleading lines, “Don’t play with me/It just hurts me.” The over-enunciated (to the point where it’s funny) bridge “Tell me, who dressed you? Where’d you get that hat? Why is she crying? What’s the price tag?/Who’s that girl, Malibu Gaga?/Looks so sad, what is this saga?” takes away from the tension in the song, but cements that Dramatic Gaga is probably the best Gaga.

Because the album is so pop heavy, something it suffers from is homogeneity, with each song following a pretty similar structure: an instrumental chorus and a reboot of it with added vocals at the end. It can make for a pretty disorienting listen, and some sufferers include “Alice” and “911.” At least on the latter, Gaga tackles some issues regarding the self and fame, leading to interesting lines like “Holdin’ on so tight to this status/It’s not real but I’ll try to grab it/Keep myself in beautiful places/Paradise is in my hands.”

This is not a show-stopping album, but it’s a handful of pop songs with interesting writing about Gaga’s career, personal life, substance use and relationships, along with strong, dynamic instrumental production to back it up. This dance-central album might just provide enough refuge with a bedroom dance party to make us forget we can’t listen to this music at a real party.