The Daily Nexus
Virtual Reality
The Season of Animal Crossing
May 29, 2020 at 3:00 pm by Pei Ja Anderson

We’ve seen the memes. We’ve seen the Snapchat stories. It’s not COVID-19. I’m talking about Animal Crossing and how it’s staked its claim as a cultural phenomenon of 2020.

Since shelter-in-place orders and social distancing regulations swept across the country, the video game industry has boomed. They’ve become a unique source of solace and remedy to the inevitable boredom of staying inside all day for long-time video game lovers and especially for the new and uninitiated. There’s something for everyone: sports-themed, thrill-fueled and family-oriented games are just several of the categories that have recently made their way into the mainstream. But there’s just one particular game that stands alone in its genius and holds a special place in my heart. 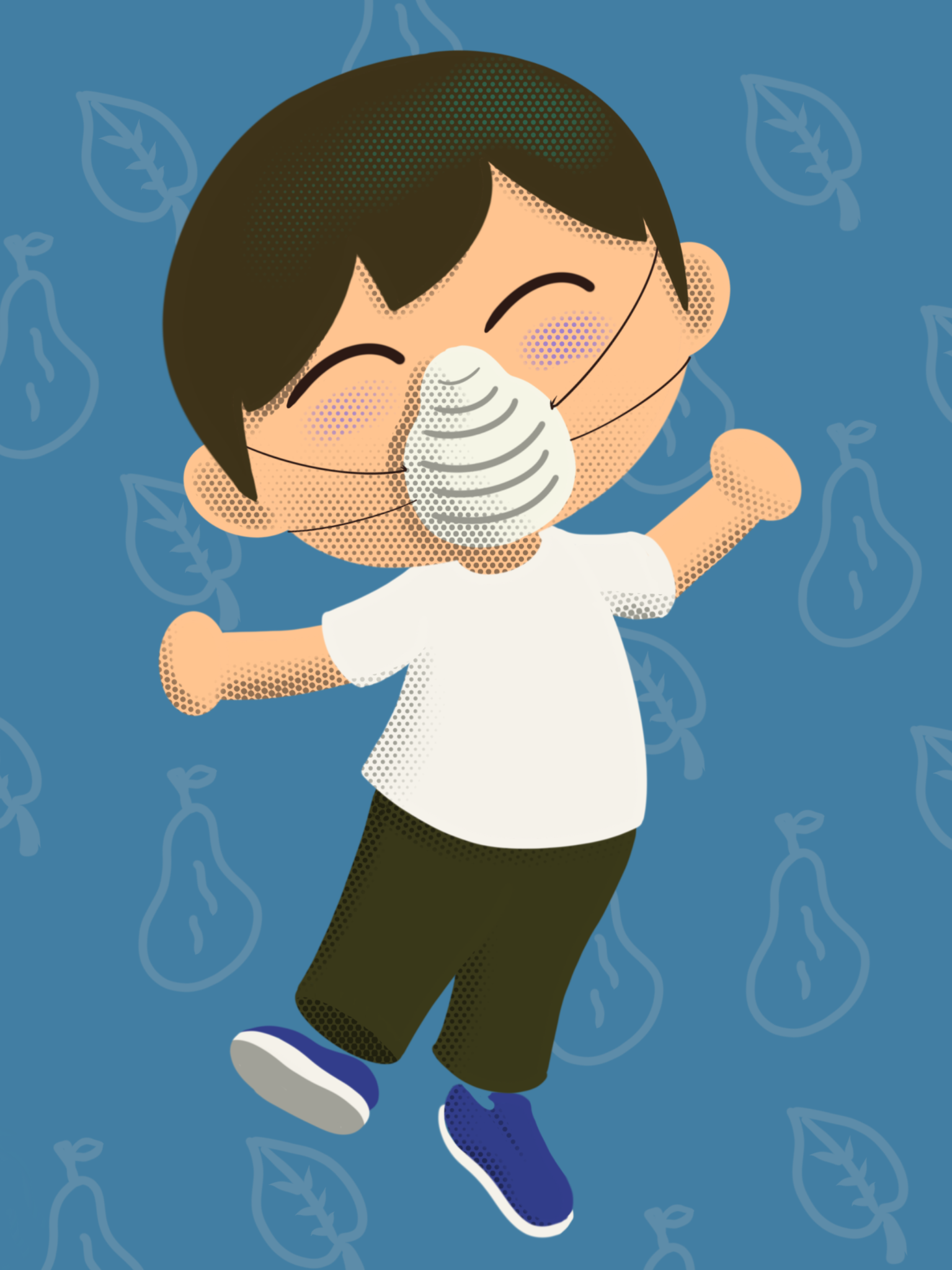 In case you’ve been living under a rock since quarantine began, Animal Crossing is a lifestyle video game produced by Nintendo and originally released nearly twenty years ago by a Japanese game designer named Katsuya Eguchi. Since then, Animal Crossing has been hugely successful in the game industry, especially now with its compatibility with the Nintendo Switch, a portable game console.

The objective? There is none. There are no stakes, no time limits or stressful background music, no right or wrong way to play. You’re a villager who travels to islands meeting animals and other players with the freedom to decorate and expand your own village however you want.

It has all the same principles and structural elements of any other lifestyle game, like the Sims or even FarmVille (RIP). But Animal Crossing has reached its special kind of monumental success for a two-fold reason.

The main reason is that it’s creators have mastered the Kawaii aesthetic in Animal Crossing’s  endearing graphics and overall satisfying gameplay. Nintendo has long been a revolutionary titan in the video game industry, and Animal Crossing is just one of its exceptional successes.

The second is timing. Quarantine has the world flipped upside down. Nothing makes sense, and nearly everyone and their mothers are coping with the newfound anxiety of doing simple tasks (like going to the grocery store and spending sleepless nights wondering if they have enough Lysol wipes). This is an unprecedented time. Living through something like this is unimaginable and difficult to completely wrap your head around at times. But Animal Crossing has proven to be the unexpected antidote to it all.

The melody of a wind chime plays. Your friends are fishing, catching butterflies and hunting for fossils. There’s not a single care in the world. There are bonfires on the beach, coconuts in the trees and the sunsets are colored in dreamy pastels.

Living through something like this is unimaginable and difficult to completely wrap your head around at times. But Animal Crossing has proven to be the unexpected antidote to it all.

Animal Crossing today is what Bob Ross paintings were to the 80’s. Or maybe what Mr. Rogers was to the 70’s: singularly calming, serene and carefree. It’s the nonmedical treatment to the chaos that is our current cultural moment: a global pandemic.

When I first downloaded Pocket Camp, Animal Crossing’s smartphone app equivalent to the real game, I hoped it would cure my addiction to Solitaire and prove to be more interesting than Sudoku. Now, at Level 101 with a pimped-out campsite and tons of smartly dressed anthropomorphic friends, I think I can confidently say that I get the hype — and it’s real.

I’ve logged a scary amount of time on this app. When I say scary, I mean it’s too embarrassing to admit aloud. Let’s just say I’ve set alarms in the middle of the night to make sure my virtual animal friends have enough lychee fruits and horned dynastids. I don’t even know what a dynastid is, but you can bet I’ll be tapping my phone like a psychopath at three in the morning to catch them.

The stigma around “gamers” is real, though. But the judgment that used to plague the idea of spending hours staring at a screen seems to be temporarily lifted thanks to the quarantine. There’s only so many Alexis Ren ab workouts I can attempt and whipped coffee one can make in a day. I’m on TikTok, applying to summer jobs on Handshake and becoming a real Martha Stewart in the kitchen, but nothing feels more satisfying or relaxing than playing Animal Crossing.

Pocket Camp is a judgement-free, Zoom-free, CNN-free zone. I don’t have to listen to the daily litany of lies our president rants about, I don’t have to read about the rise of death tolls without an end in sight, and I don’t feel guilty.

Quarantine is a uniquely strange time to begin new things, like learn a hobby, level up on Duolingo, save your GPA, go on virtual Bumble dates and an endless amount of self-care. But, most importantly, it’s a time to stop thinking that the things that give you pleasure are indulgent and unproductive. No one that’s alive has ever lived through anything like this. So use this time the way you want to, do the things that make you genuinely happy and add me on Animal Crossing.

Pei Ja Anderson wants you to remember to have compassion for yourself. And donate to her GoFundMe for a Switch.