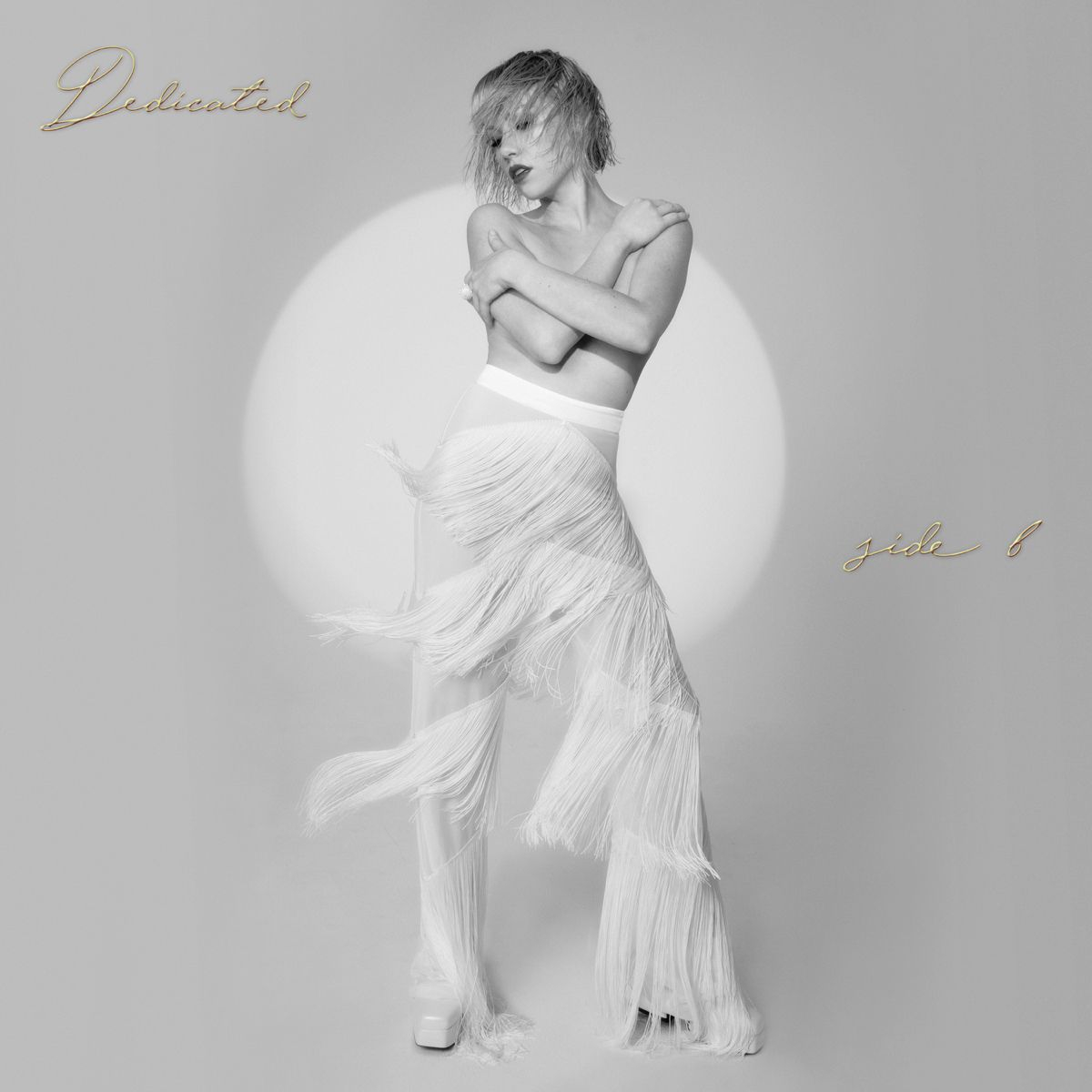 When I met Carly Rae Jepsen last year on her Dedicated Tour, my main takeaway from our interaction was her kindness. With every meet-and-greet guest, she took the time to chat and made them feel special, like she was grateful for their participation. When someone asked her what superpower she would want in the Q&A session that followed, she replied, “I think to give someone a nice day.”

I think her generosity is in part why she chose to release “Dedicated Side B,” a collection of unreleased songs from her album “Dedicated,” near the one-year anniversary of her previous album and in the middle of a global pandemic. Some artists have chosen to postpone their projects due to the risky sales impacts the crisis could have, but people like Jepsen see the need for a distraction. She released the album after teasing it for a week on Twitter, saying, “I hope it makes yah dance your pants off!”

The concept of the quarantine album has been taking shape recently during the debate over whether or not music should come out during this time. Dua Lipa moved the release of “Future Nostalgia” up a week, saying that “we need music, and we need joy.” The Weeknd’s recently released album “After Hours” contains the prophetic No. 1 single “Blinding Lights,” released last November, which features the lyrics, “I look around and Sin City’s cold and empty (oh)/No one’s around to judge me (oh).” Charli XCX set out to create a quarantine-centered album,which came to be “How I’m Feeling Now,” a raw and honest account of the daily activities of being locked inside a house all day. “I’m so bored, woo/Wake up late, eat some cereal/Try my best to be physical,” she laments in one of the tracks, “Anthems.”

“Dedicated Side B” is different, though, as it is full of demos from “Dedicated” that didn’t make the cut. Jepsen recorded over 200 songs for her last album, and it would have been a pop tragedy if no one in the world got to hear them. Following the tradition of giving fans an album add-on set with “Emotion: Side B,” this collection of 12 songs reveals a little more about Jepsen’s work process.

The album opens with “This Love Isn’t Crazy,” a song teased on her Instagram story in 2018, which grants me the opportunity to finally listen to it in high quality after coming back to the snippet every so often, hoping it gets released. The track starts with a video-game-like instrumental and an addicting voice box effect over her vocals, and she sings about finally believing that a relationship might not be as far fetched as she initially thought. “That’s why we got to hold on, baby (I know it)/I can believe that this love isn’t crazy (I feel it)/This loving could save me (I know it and I feel it and)/This love isn’t crazy,” she admits over the punchy synth-packed beat.

“This Is What They Say” is another song about the beginnings of a relationship, where Jepsen says, “We’re on the right track, I can feel it/I came alive, first day that we met,” measuring her love to how everyone else feels the process. It’s like she’s following a tutorial, saying, “I’m doing it well, right?” In this way, she seems so innocent, like every love is her first. “This is what they say/Falling in love is supposed to feel like,” she sings in the chorus. The glitchy instrumental sounds like it takes place in a computer, with Jepsen’s digital love sounding as quirky and effervescent ever.

Jepsen and superstar producer Jack Antonoff link up on “Comeback,” a slow and caring song about a lover fixing Jepsen so she can return to her normal self. It resembles the songs Antonoff worked on for the “Love, Simon” soundtrack that he curated, especially the ‘80s-sounding “Wild Heart.” The pair are a powerful duo on the last chorus, where they belt, “I don’t know what I’m feeling, but I believe/I was thinking about making a comeback, back to me,” showcasing Jepsen’s powerful voice that she usually keeps in reserve (bringing it out on the phenomenal songs “Cut to the Feeling” and “Run Away With Me”). The song grows and expands as it progresses, becoming more lush and vibrant up until the end, where Jepsen fades out, saying, “Come with me/I’m the keeper of that beat/And the fire under your feet/I’m the keeper, man, I’m the keeper.” It’s one of the most special songs Jepsen has ever created. 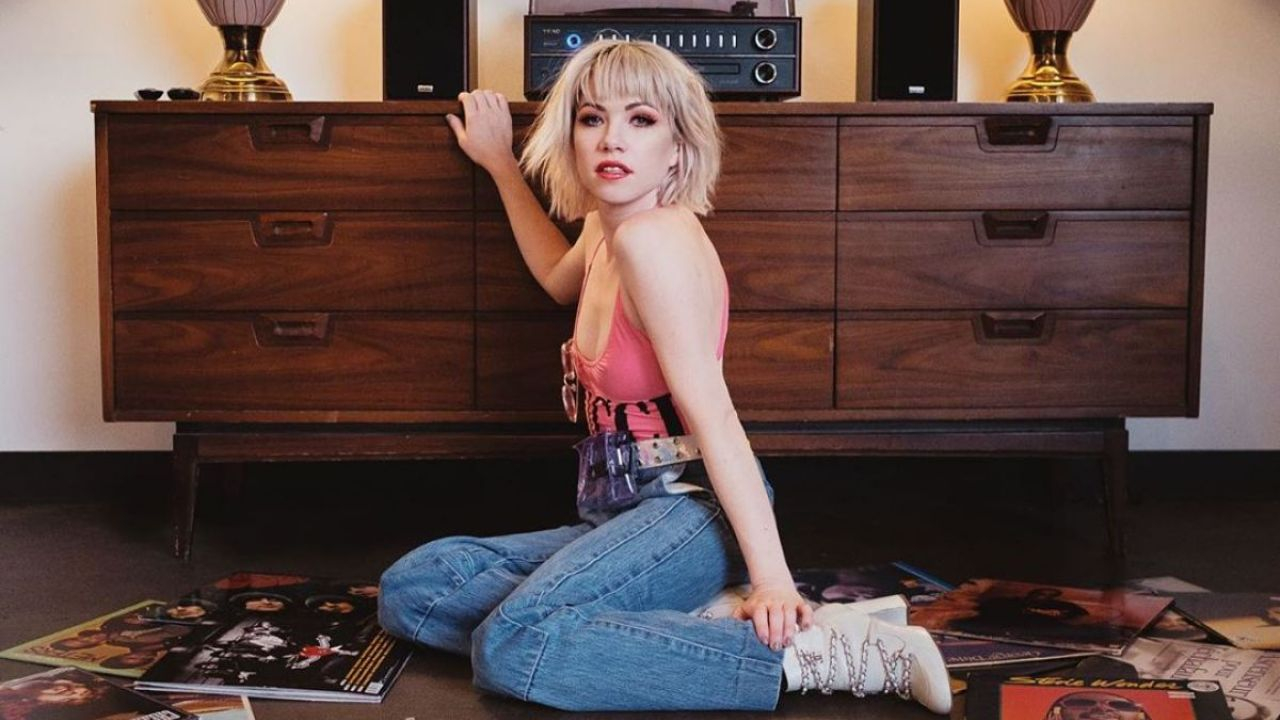 Other standouts include “Summer Love,” a groovy song that reminds me of “I’ll Be Your Girl” on “Dedicated,” “Fake Mona Lisa,” where Jepsen compares a sexual encounter to art and the downtempo and sensual “Heartbeat,” reminiscent of Björk’s “Vespertine” era, with its small, fluttering microbeats. “Solo” is a clever self-empowerment anthem about enjoying your own company, (“So what you’re not in love?/Don’t go wasting your nights getting so low/So what you’re not in love?/You shine bright by yourself dancing solo”) another venture into electronic music for Jepsen (like last year’s “Real Love” and “OMG” with Gryffin).

The album ends with “Now I Don’t Hate California After All,” a breezy, atmospheric, Julia Holter-like track about how a new relationship can turn her environment around. Jepsen has alluded to the angst of the California lifestyle before in “LA Hallucinations” (“Planes, I’m hopping/Cards, I’m dropping/No shop can fill me up”) and “Right Words Wrong Time” (“Hate the traffic in LA/I drove through it all to get to you”). Here, Jepsen doesn’t have a turnaround with the state itself, but with someone who makes her forget about the negatives it has to offer. Now, with a new relationship, she’s able to see the good in the place. The chorus goes, “Love on the beach and the tide is high/Ooh, ooh/Moon in the water and the open sky/Ooh, ooh” mixing both where she is and whom she’s with to form this picture of completeness.

While this is a strong selection of pop songs, it is clear that they are B-sides. When looking at both albums, you can see which songs with the same ideas were swapped because one was stronger (“Window” is analogous to “Want You In My Room,” “Solo” to “Party For One” and “Now I Don’t Hate California After All” to “Right Words Wrong Time”). Even though there are overlapping themes in other Jepsen songs and the material isn’t exactly new, there are still some gems in this album that represent the best of her discography. Jepsen is the type of artist that will put out new songs in an effort to make her fans happy, which she surely did with this collection.