The Nexus has compiled profiles of our current Associated Students (A.S.) elected officials to reflect on their past year in office. Looking back on their campaign platforms, we asked our elected officials to tell us about their successes and shortfalls throughout their terms in office. The term in reviews for the other executives — President, EVPLA, EVPSA and S.A.G. —  can be viewed at dailynexus.com. 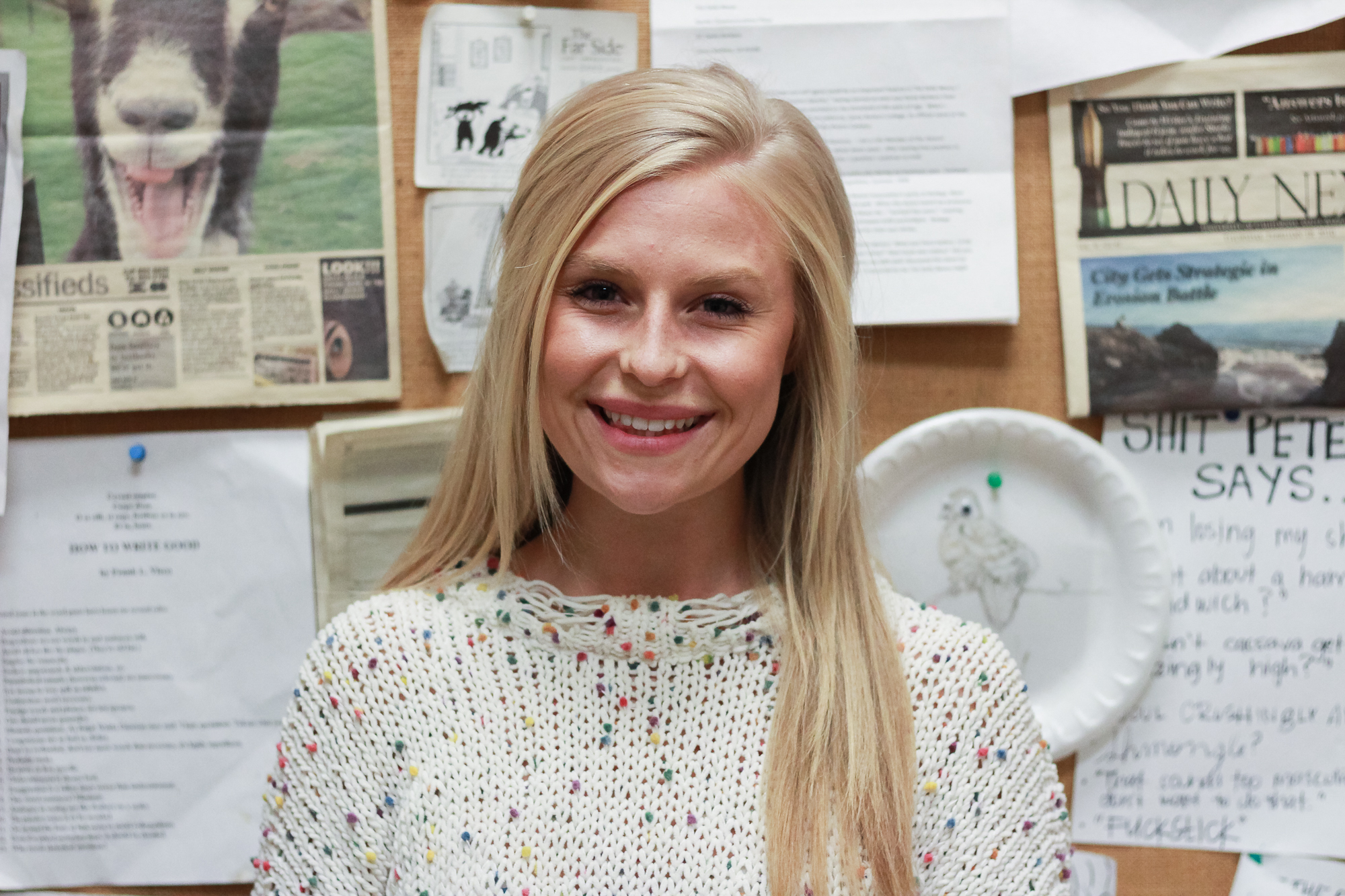 The most noticeable shift between Adam and her predecessor, Steven Ho, was their efficiency during meetings. Max Abrams / Daily Nexus

Alli Adam, the 2019-2020 Internal Vice President (IVP), ran unopposed last year with a goal of professionalizing the Senate’s culture by running a “tight ship.” Senate meetings in previous years have gotten out of hand, with discussions regularly going on past midnight, which Adam remembers well from her time as a Letters and Science Senator on last year’s 69th Senate.

“I planned out what I wanted the role and the actions of the Internal Vice President to be from the time I was a senator because when I was sitting in [senate], I knew something was wrong. I knew that this job is not being done right,” Adam said.

“So I came in with a plan and I think I executed it to the best of my abilities; setting deadlines, setting expectations, getting everyone trained. And in regard to that, I think I did quite a good job,” she continued.

The most noticeable shift between Adam and her predecessor, Steven Ho, was their efficiency during meetings. It was rare for a meeting to go past 10 p.m. for the 70th senate, with brief to little discussion for the vast majority of resolutions. Adam attributes this to a greater understanding of meetings through training on authoring resolutions and more emphasis on the “behind the scenes” work.

“When I was a senator, so many amendments were being made [in]to bills and resolutions the [same] night we were discussing them. And I just thought that was ridiculous,” Adam said.

Adam said that if there were any problems with Legal Code or if a resolution was on a sensitive subject, she would meet with the authors beforehand to avoid a “whole drama-fest.”

“Wednesday night meetings were just the tip of the iceberg. A lot of the work was beforehand [and] behind the scenes and that’s why the meetings ran so smoothly,” Adam said.

“If you were going to put forward a bill or a resolution, it should be pretty clean by the time you submit it to the IVP, and the IVP should be reading each one, as I did, to make sure it followed Legal Code,” she added.

But that behind the scenes work happens away from public view, which some said made for a lack of transparency to the senators’ constituency. Adam, however, said doing the hard work behind doors provided the “best result” for senators and their constituents.

“Why would we show them something sloppy and controversial and that is divisive? If senators are representatives of the public and they can agree on something, then yeah, the public should be able to agree as well using that logic,” she said.

Adam says a lot of the work that went into the Senate’s resolutions was “pretty internal and administrative,” with many updates to the legal codes of Boards, Commissions and Units (BCUs), the student organizations that are within Associated Students (A.S.). Adam called these Legal Code changes “tangible effects” that reflect senators’ better relationships with BCUs than in years prior.

When Adam began her term, there were three vacancies in the Senate: two on-campus senators and one College of Creative Studies Senator, a position that had been vacant for two years. Adam appointed an ad-hoc committee to fill them, and the positions were filled by October.

Adam called the appointments a “team effort,” a theme mirrored throughout many of her accomplishments across the year. This took shape through the solid working relationships she built with her first pro tempore and second pro tempore — Off-Campus Senator Tianna White and On-Campus Senator Austin Foreman, respectively. Adam said the strong relationships allowed her to delegate some responsibilities meant for IVP to them, such as attending certain meetings on her behalf.

Despite not making it to every meeting, Adam said she made herself available through daily office hours and email when she couldn’t be present physically.

Transparency and availability in A.S. posed a challenge this spring with a remote quarter, but Adam led the Senate’s shift to weekly Zoom meetings — what she described as a “touch and go situation” — and deemed that the transition was a success.

Adam said that that during her term as a senator she felt “pretty deflated within A.S.,” but in the end believes that she cut through a lot of noise to improve the association through her work as both a senator and IVP.

“I kind of changed the reputation of the Senate, that’s what I would boil it down to, to being much more student serving, much more respectful of each other, much more productive and much more professional.”

As for next year, with her first pro tempore White filling her shoes as IVP, Adam said she plans to stay in Santa Barbara.

“I’m really excited to stay in the area and maybe I’ll come back to a Senate meeting or two. You never know.”