The Daily Nexus
Opinion
Taking Baby Steps From Baby Back Ribs: An Argument for Flexitarianism
May 19, 2020 at 9:00 am by Sophia Lovell

Before the untimely closing of campus, UC Santa Barbara’s dining commons had begun to feature the occasional “Green Monday.” On these special Mondays, menus at one specific dining hall feature exclusively vegan and vegetarian options. Being a pescatarian of 10 years, this appealed immensely to me. My omnivorous friends, however? Not so much. 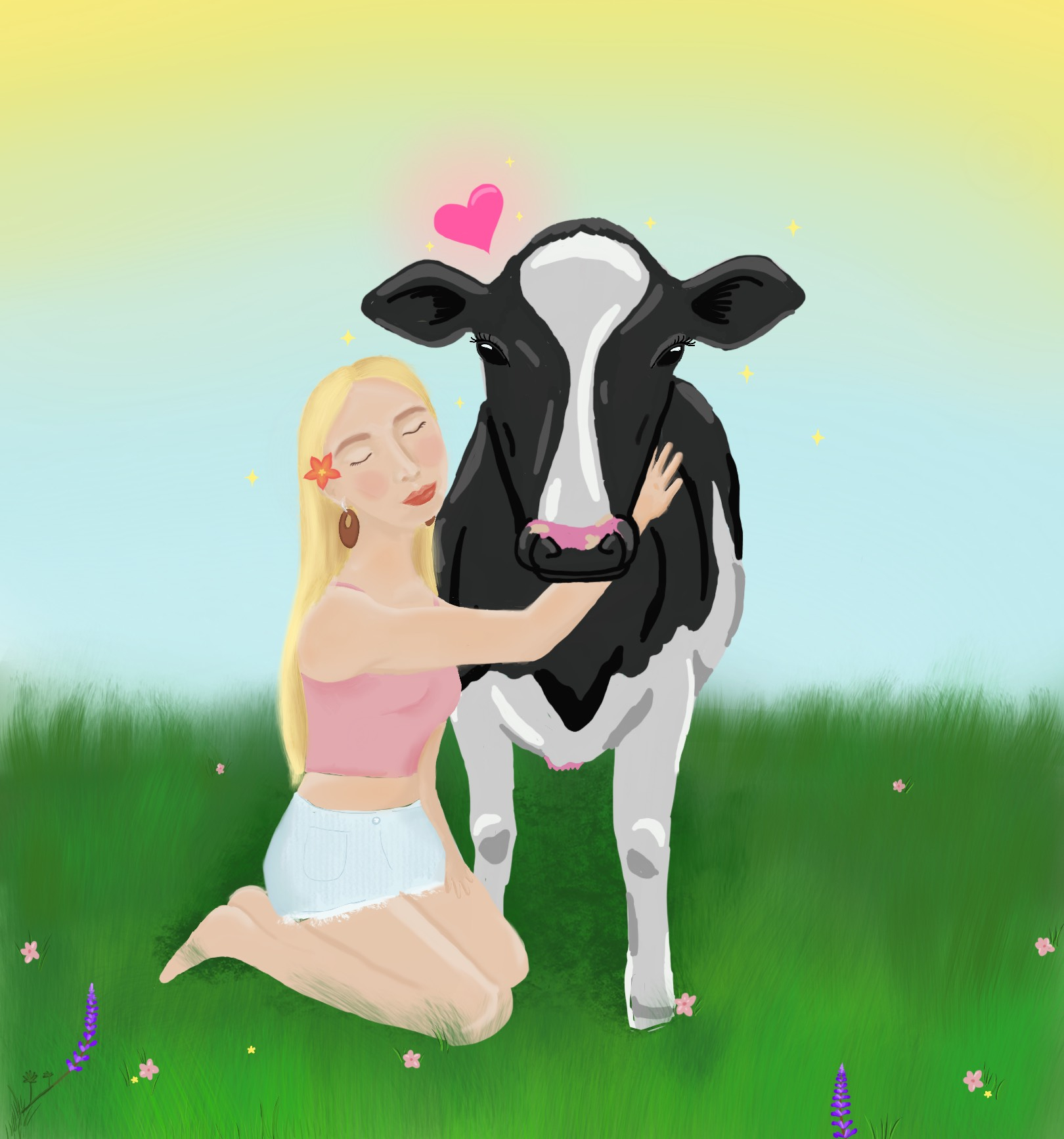 Reluctantly, one of my friends got lunch with me at our first Green Monday. She insisted, “I’m not going to like anything you know.” We separated to get food, and I came back to the table to find that my omnivorous friend had acquired four plates: a vegetarian burrito, a vegetarian sandwich, some vegan pasta salad and to finish it off, a cheese pizza. She was pleasantly surprised with her meal, and we made attending Green Monday meals together a weekly tradition. While people are afraid to commit to a plant-based lifestyle for many different reasons, what they often fail to realize is that it really isn’t as hard as they might expect.

We’ve all heard it before: “Go vegan! The planet is dying, animals are suffering, and it’s your fault. You have the ability to save them both, but you aren’t using it.”

I assume that you have a basic understanding of the impacts of the factory farm industry, but let me give you a rundown. Water usage in the meat and dairy industries is extremely high. People for the Ethical Treatment of Animals (PETA) states that it takes 1,000 gallons of water to produce one gallon of cow’s milk, and 2,400 gallons of water to produce a singular pound of beef. PETA states that someone eating a vegan diet saves an average of 1,100 gallons of water a day. Additionally, the leading cause of climate change is the overwhelming production of greenhouse gasses. One of the most dangerous and potent greenhouse gasses contributing to this process is methane. According to Professor Ken Hiltner, the dairy industry alone produces ⅓ of all methane through their mass breeding of cattle.

Beyond the environmental impacts that these farms have, also relevant in the argument for plant-based diets are the various moral issues surrounding the treatment of animals. In the majority of these mass-producing farms, there is very poor care for the animals themselves.

David DeGrazia, an American moral philosopher specializing in animal ethics, explains that many farms do not use anesthetics before killing the animals and pack them into incredibly small spaces to increase profit. Furthermore, the process of dairy farming is entirely unnatural and damaging to cows. Cows are constantly being inseminated to produce milk, a practice their bodies were not designed for.

Believe me, I get it. I know that many people may disagree with me on this, but eating plant-based to any degree is difficult. It’s like any major change in your lifestyle. We all want to be the person who goes to the gym every single day for two hours, but it feels unattainable. This is no different.

As a Japanese person, I find it hard to imagine not eating fish, which is why I eat pescatarian. Dairy has become hard to avoid as well, especially when eating at the dining halls. However, I’ve been pescatarian for a decade now, and I recently cut out cow’s milk from my diet. It’s important to take baby steps, let yourself have days off and work towards making a larger change over time. Remember, developing a plant-based lifestyle isn’t done in an instant.

We hear so often, “My doctor says I need to eat more _____, so I can’t really be vegan,” or  “Eating _____ is an important part of my culture” and even “I would be vegetarian, but I just love _____ too much.”  So, let yourself indulge in that one exception and cut down on the rest of your animal product intake. There are still improvements you can make, while not taking on what you can’t. Do what you can and try not to take on too much at once.

Of course, it would be ideal if we could get the entire population on board with veganism, but it isn’t that easy. However, if each person cuts back on meat and dairy products in their own way, we still can begin to see drastic change in the betterment of our climate and the well-being of animals.

Flexitarian, encapsulates a more flexible, mostly plant-based diet that allows you the freedom to eat animal products at your own discretion.

There are so many different diets that limit animal products to choose from. Veganism eliminates all animal products from your lifestyle, often including things that are not a part of one’s diet, such as cosmetics that use animal testing. Vegetarianism excludes all kinds of animal meat: fish, poultry and red meats. Pescatarian is a vegetarian diet, with the exception of fish and other seafoods. Flexitarian, encapsulates a more flexible, mostly plant-based diet that allows you the freedom to eat animal products at your own discretion.

There are a million variations on these different diets, most of which fall under the broad flexitarian category. This diet gives you the opportunity to make personal decisions due to your health or for other individual reasons while still cutting down on your animal product intake. Thus, flexitarianism diets let you do what is reasonable for you, while still doing your part to make a change in our environment.

I encourage you to try it. Maybe you cut out dairy or just red meat. Maybe you say that one day a week you’ll eat vegetarian. The more you can do, the better, but ultimately, anything is an improvement compared to nothing.

There’s a lot of reasons people don’t pursue an entirely plant-based diet. They range from cultural to medical to affordability, to literally just a lack of willpower or desire. All are valid. What isn’t valid is being ignorant or dismissive of the state of our climate and farm industry. I am not here to give you an excuse to not make changes, or to make you feel better about your negligence. Hold yourself accountable, and do what you can.

Sophia Lovell invites you to explore different plant-based diets and find what works for you.

“I used to eat humans every day. Now, one day each week my meals are human free. I know I should stop eating them completely, but it’s just too difficult. I know it’s bad for the planet and the humans I eat live horrible lives and are killed in horrific ways, but I just don’t have the willpower.”

If eating animals is wrong, it’s wrong all the time. Your excuses are lame.

I love this article!! I ate vegan for a really long time, over a whole year, but found it pretty restrictive as someone who struggles with an eating disorder. I think people should strive for veganism but its better to fall short then not try at all! Being vegan is a skill you develop over time. Now I do occasionally incorporate eggs and fish in my diet. A lot of people in the vegan community ignore the link between veganism and eating disorders. Taking on new restrictions can create an unhealthy relationship with food. What is most important is being… Read more »