Santa Barbara County Sheriff’s Office detectives arrested Zachary Coughlin, the driver of the “mirror van,” for stalking on Monday night in Isla Vista around 10 p.m., according to a press release from Raquel Zick, Sheriff’s Office spokesperson. 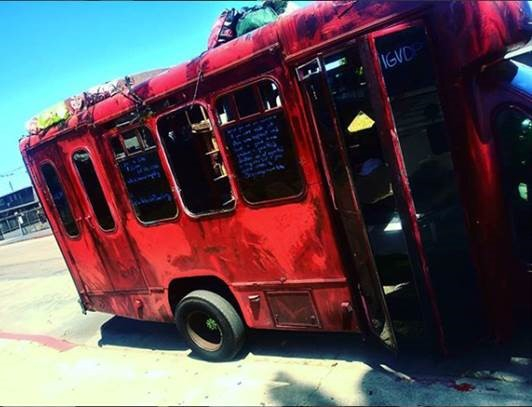 Coughlin, 43, had been living in a converted bus, nicknamed the “mirror bus,” when Santa Barbara County Sheriff’s Office (SBSO) arrested Coughlin for “stalking a woman in the Isla Vista area,” Zick said. The bus was subsequently towed following his arrest.

SBSO detectives conducted interviews with witnesses and administered “a behavioral threat assessment” of Coughlin, after SBSO “received various reports regarding Coughlin,” according to Zick. The detectives also searched through his social media accounts.

“[Coughlin] caught the attention of locals with his references on social media to the tragic mass murder that occurred in Isla Vista in 2014. His comments on social media also indicate that he shared ideology with “involuntary celibate” (incel) community,” Zick said.

In the weeks prior to his arrest, community members took to the Facebook UCSB Free & For Sale group and Reddit threads to express their concerns about Coughlin’s behavior and to warn others to be aware of his presence in I.V., where he was frequently spotted parking along different streets in the area.

The Isla Vista Community Services District (I.V. CSD) released a statement Tuesday afternoon following the arrest, stating that the board received messages from “many residents with safety concerns surrounding the ‘mirror van’” as well as about Coughling’s instagram account.

The I.V. CSD “immediately forwarded concerns posted on social media to law enforcement,” the statement said. Ethan Bertrand, one the CSD’s board members, said Isla Vistans “did the right thing” by posting online community warnings and responding to a “dangerous situation.”

“This type of community collaboration is necessary for keeping Isla Vista safe,” Bertrand said in the statement.