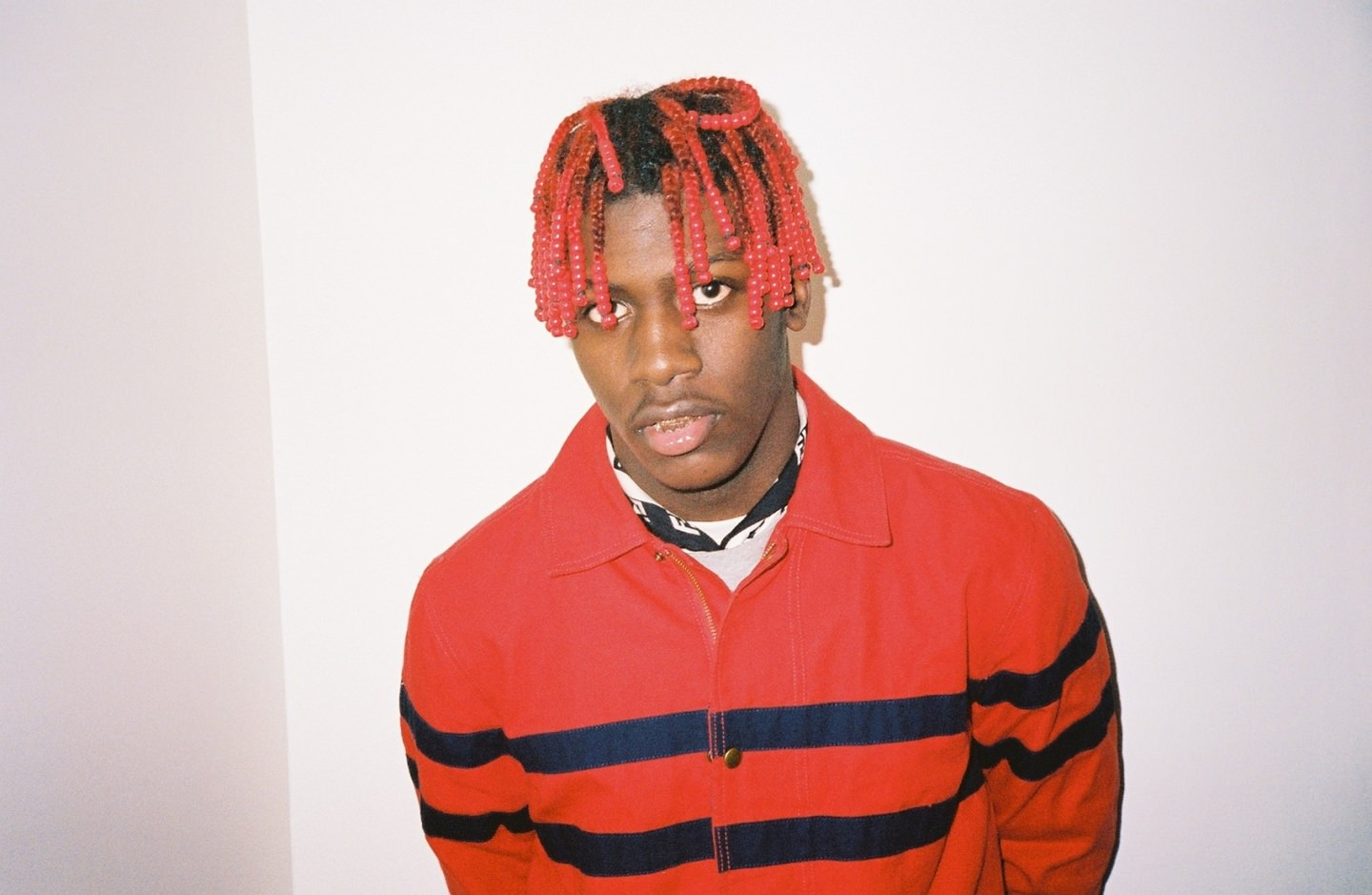 Ralph Waldo Emerson once famously said, “Every artist was first an amateur,” and one night, the UC Santa Barbara student body was able to see history being made. Courtesy of the Associated Students (A.S.) Program Board, students could pull out their paintbrushes while watching a one-of-a-kind Q&A art tutorial. And who is the man behind it all? We’ve all heard of Pablo Picasso, gazed at the works of Leonardo da Vinci and, hell, we’ve even watched Bob Ross, but now we’ve experienced Miles McCollum, more famously known as Lil Yachty, craft masterpieces effortlessly from the comfort of his shoe closet.

In just a short one-hour debut via a Zoom webinar, Yachty opened up to eager listeners about all aspects of his life, answering question after question from the A.S. Program Board and the UCSB student body. Decked out in a red beret and an eccentric rainbow sweater-shirt, Yachty teetered a blank canvas on an easel, all the while seamlessly keeping up with the conversation. Using his MacBook as a ruler, he invited the crowd to create lines with him. And, spoiler alert, these lines became a series of one-dimensional squares, despite the Q&A being anything but one-dimensional.

The interviewers were eager to hear about Yachty’s rise to fame in 2016. Starting out on tour with Young Thug and Rae Sremmurd, he got a taste of the musician’s life at the ripe age of 18. Understanding how the rap game operated, Yachty knew that the key was to make fresh and colorful music. “Honestly, to be completely true, I never gave a fuck,” he said, moments before his precious painting toppled onto him.

Faced with perhaps an important question for a group of college kids, he was asked about his inspirations. Referencing iLoveMakonnen’s “Tuesday,” Yachty reminisced about the “newness” of his sound, and he thinks that other artists ought to create music that bends the rules. But more important for him than any rapper or musician, Yachty gushed about his mother being his greatest inspiration of all. Not only did his mother work two jobs to support him and his sister, but she encouraged both of her children to follow their dreams. “I well overpaid her,” he said.

So how did Yachty’s ship sail from being a college student to a well-known musical mogul? He brought us back to a time when he worked at both McDonald’s and Six Flags, stating vividly that they “fucking sucked,” and he was ecstatic to get out of there. Between going to college and making a new plan altogether, well, he did both, leaving college after a year to pursue a career in music. His father, Shannon McCollum, who is a dignified photographer, would tell Yachty stories about his encounters with the rich and famous backstage. Looking to be successful, Yachty figured he had a shot at being a musician, too. 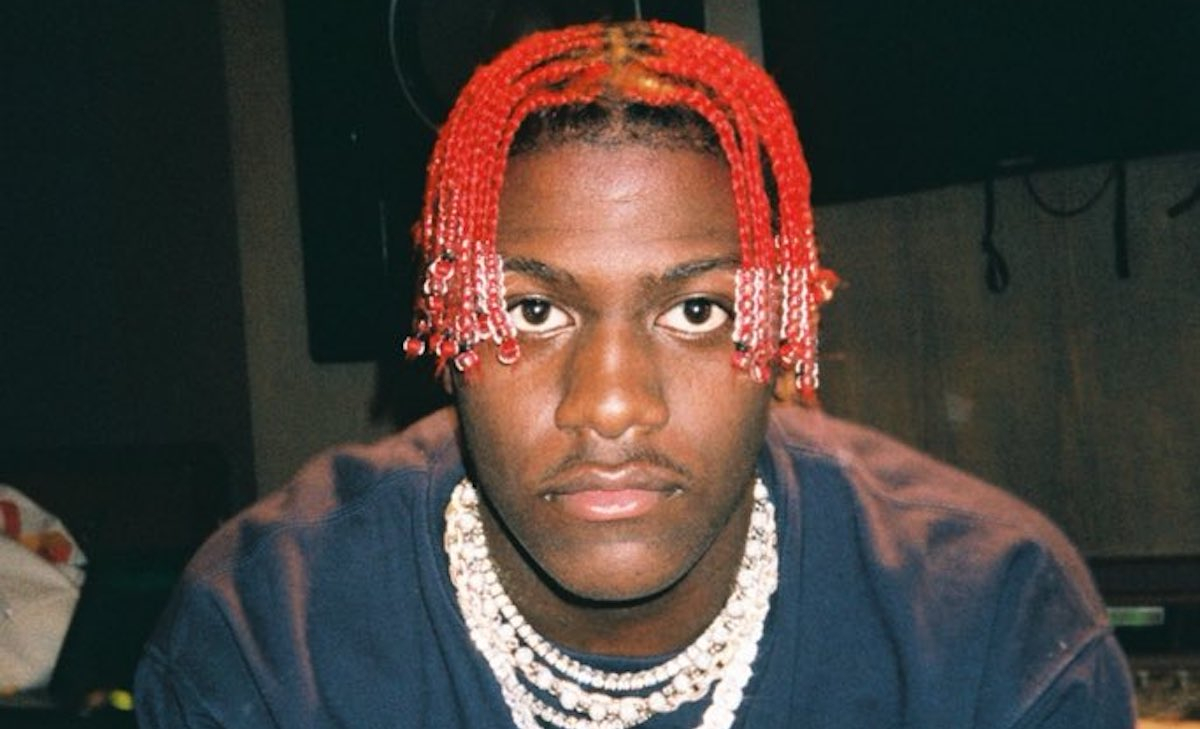 Now painting his fourth somewhat symmetrical square, Yachty encouraged everyone to work hard, even to the point of failure, in order to follow their dreams. Once an avid credit card scammer, Yachty pointed out that as fun as it was, he needed to do something more distinguished — and not illegal. He even holds himself to a certain standard. “I don’t drink, I never drunk in my life,” he said to the camera. His reasoning? He believes drunk driving will end badly (which it will) and ruin whatever someone has going for them in life. Quite a fair message, especially given his audience.

As he became disgruntled by his artwork, referring to it as “the jankiest bitch,” Yachty made sure to promote uniqueness and creativity, particularly in the music industry. “People respect originality so much,” he said. In an ode to 21 Savage, Yachty applauded the rapper’s use of murder in his songs, just because it was shocking and new.

Apparently everyone is different for a reason, so owning your uniqueness is crucial. But having the newest sound or most outrageous lyrics are not the only things to bring you to fame. The artist told us that he used to sleep on A$AP Rocky’s floor and even ran his errands just to be associated with him. In his case, it worked.

In regards to the up and coming, Yachty rolled names off his tongue of talent that shouldn’t be slept on. He said Duwap Kaine and Cody Miles are both really “dope.” In terms of his own music, Yachty teased the idea that he will be working with Joji, which excited his fans who had watched their conversation on 88rising’s YouTube channel. With new music coming our way, it was no surprise that “Act Up” by City Girls was mentioned since he wrote the entire song himself. Between eye rolls, he told the crowd he thinks City Girls are “very themselves.”

Crafting a deep maroon square near the top of his canvas, Yachty listened as the interviewers brought up his infamous crimson dreads that made his image. Now letting his hair grow out sans bleaching and coloring, Yachty told the students that his hair fell out from over-processing it, which apparently he’s never told people before. The fans made do with the red beret he sported for the time being.

And food: Now what could be more enticing than that? Yachty prides himself on never having eaten vegetables, instead opting for a slice of glorious pizza. Every. Single. Day. Sounds like some of us college kids, doesn’t it? When venturing to LA, he enjoys the local shop, Delicious Pizza, which is surprising because he claims to “never eat out, ever.” But in the future, he hopes to open his own pizza joint in Atlanta, so he can enjoy his “cheesy” habits and share them with the world, too (and, for the record, his dining choices have no effect on his flawless skin, which he claims to inherit from his parents).

Near the end of the Friday painting questionnaire, the million-dollar question popped up: so, why the name “Lil Yachty?” A group of people in school called themselves the “Yacht Club,” and when McCollum joined, he was the youngest, or the “littlest.” And from there, he was Lil Yachty (shoutout Lil Boat!). Currently, when he isn’t giving art tutorials to bored and quarantined college kids, Yachty is working tirelessly on his new album. Featuring female artists on the tracks, it’s sure to be one for the books.

Finishing off his eight-square masterpiece, Yachty let us in on his love life. While children are definitely a must for him, to this day, he has never been in love — or heartbroken, for that matter. “I haven’t found the right person to create a person with,” he said to the anticipating listeners. And on the familial note, he let us all know he has no plans for Mother’s Day since his mother is hooked up to his bank account. “Every day is Mother’s Day for my mom,” he continued.

And to close out the hour-long endeavor, Yachty gave a simple yet heartfelt shoutout to the class of 2020 as they graduate with great success. Oh, and that painting, if you were lucky enough to catch a glimpse of such glory, will be signed and sent to our very own UCSB, to either hang in the UCen or be given to a gracious student.

While COVID-19 pissed on the much-anticipated Deltopian bonfire, the A.S. Program Board did not neglect to bring Yachty’s charm to the UCSB students. No Zoom class will ever be quite as entertaining, or maybe even as educational, as this past Friday night’s Yachty art expo.