The Daily Nexus
Sign of the Times
COVID-19 Should Not Be Used as an Excuse To Implement Abortion Bans
April 30, 2020 at 4:00 pm by Surya Swaroop 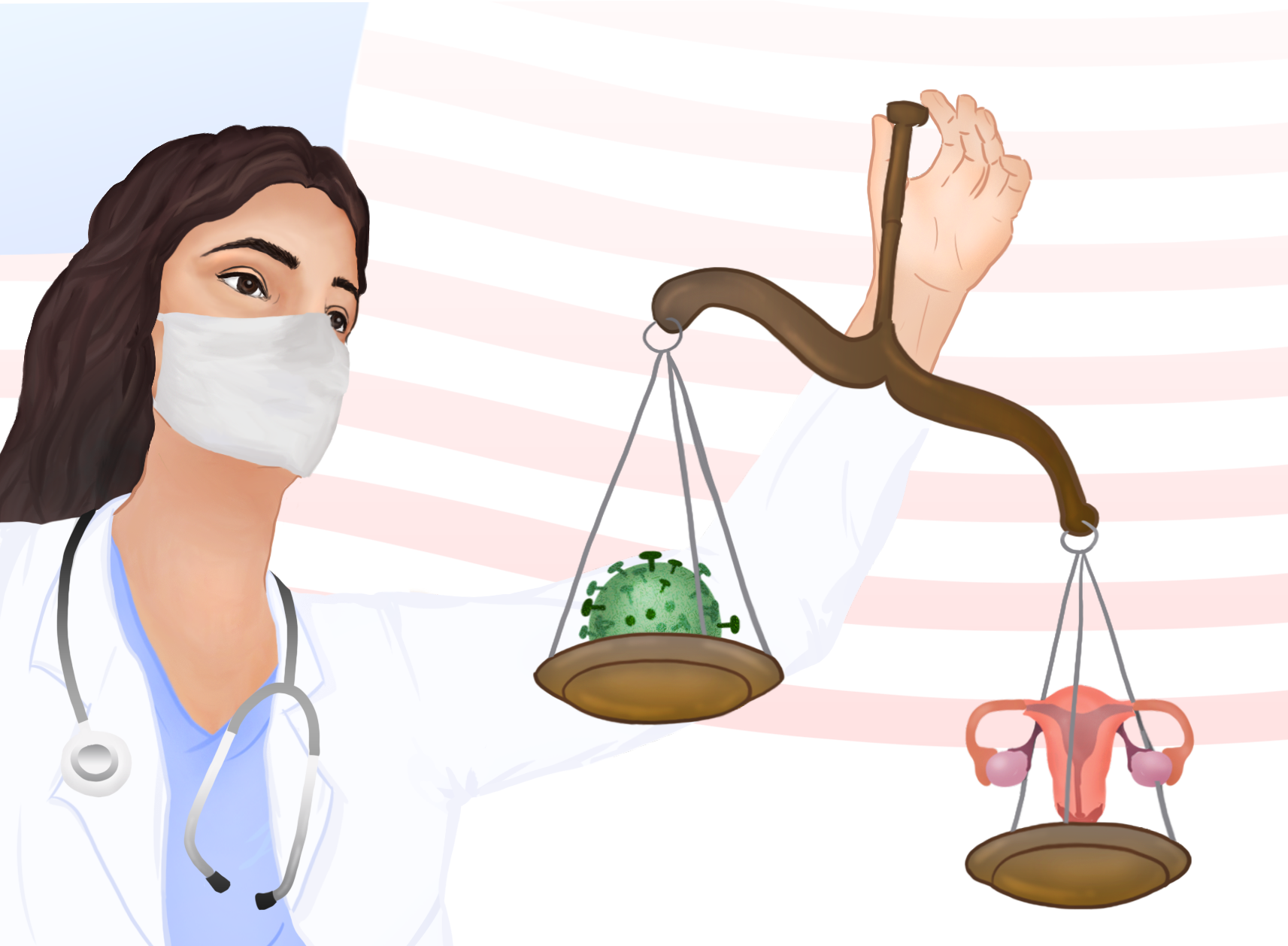 As the United States is struggling to adapt to the unprecedented influx of patients with symptoms of COVID-19, there is a strong concern that the number of medical supplies available will not be able to keep up with the demand. While this is a pressing matter that the federal government needs to address, some Republican politicians are using this issue to further their political agendas. They have deemed abortions a nonessential medical service, citing the need to conserve medical supplies as the reason abortions should be banned during this time.

The logic of this argument is flawed on every level and indicates how little these politicians regard women’s reproductive health issues.

State officials in Tennessee, Arkansas, Oklahoma, Ohio and Texas have all taken measures to implement a ban on abortion services during this pandemic. Governor Greg Abbott of Texas issued an abortion ban, and now Planned Parenthood clinics in neighboring states are seeing a larger number of patients coming from Texas.

The Texas government is forcing people to risk their safety and the safety of others. While Governor Abbott claims that abortions are not a critical medical procedure, the fact that women are traveling out of state to get abortions when it is safer to stay at home indicates how essential these services truly are. Unfortunately, not everyone has the means to travel and are instead being stripped of their agency.

The federal court in Texas blocked the ban, but this decision was appealed and overturned, allowing medication abortions to be banned during the crisis. Ten days ago, state officials in Arkansas, Oklahoma, Ohio and Texas have all made similar cases to implement an abortion ban, but the federal judges have ruled to allow abortion procedures to continue.

Unfortunately, this is not a fight state officials are willing to let go of easily and there will likely be more attempts to appeal abortion rulings like in Texas. It is no coincidence that many of the states making headlines for attempting to implement these bans are states who are notorious for their already strict restrictions on abortion access.

Women are being turned away at abortion clinics, only adding to their stress amid the pandemic.

Many of these states have previously passed “heartbeat” bills which prevent a woman from getting an abortion at the first detection of a fetal heartbeat — which can be detected as early as six weeks into a pregnancy. If these states were to enforce an abortion ban with no definite end, women might not be able to even get abortions after the ban is lifted because they would be considered an illegal procedure.

Women are being turned away at abortion clinics, only adding to their stress amid the pandemic. It is unacceptable that certain politicians feel that they can abuse their power and take away a woman’s right to choose, especially during a time when there are countless other stressors dominating people’s everyday lives.

The spread of coronavirus has caused unemployment rates to skyrocket, made the simple act of grocery shopping a daunting task and left countless families without basic resources. If a woman decides that she is not capable of bringing her pregnancy to completion, she needs to have the ability to make that decision at all times. This is especially true during a pandemic when the risks to her health and well-being are intensified.

Those in favor of reproductive rights have demonstrated how unacceptable it is that politicians would infringe upon women’s rights in an already tumultuous time. Genevieve Scott, a senior staff attorney for the Center for Reproductive Rights, has argued against the abortion ban in Tennessee. She stated that if an abortion is delayed, there can be a greater risk of complications, underscoring the time-sensitive nature of the procedure which several politicians appear to be utterly disregarding.

The Republican politicians involved with this debate should not be using a pandemic to push forth their own political agendas. They are igniting a divisive issue at a time when the country especially needs to be unified.

New York Attorney General Letitia James stated that “abortion is not an elective procedure … and should be available to any person who chooses to exercise that right.” Yet several Republican politicians are treating abortion procedures as though they are inconsequential, which shows their fundamental lack of understanding when it comes to women’s rights and women’s health.

The American Medical Association (AMA) also recently issued a statement to address the growing issues and explicitly said that it is not okay to deem women’s reproductive health care as a nonessential medical service. The AMA directly referred to how elected officials are “exploiting this moment” and bringing politics into a decision that should be purely medical.

Additionally, the amount of medical supplies that proponents of the abortion bans claim would be conserved is not significant. The foundation of the argument to implement these abortion bans has absolutely no backing. Regardless, certain states are continuing to force these bans into effect.

Ultimately, it is up to the healthcare professionals to decide if a medical procedure is essential. Political beliefs should play no role in that decision. The Republican politicians involved with this debate should not be using a pandemic to push forth their own political agendas. They are igniting a divisive issue at a time when the country especially needs to be unified.

Surya Swaroop strongly believes that doctors should decide which medical procedures are necessary, not politicians.

Killing your baby is not essential.

Abortion is not birth control. When a person kills a pregnant woman they are charged with 2 counts of murder regardless of the age of the fetus – so killing an unborn child is okay as long as a doctor does it in a “humane” way? SMH – you liberals are mentally deranged.