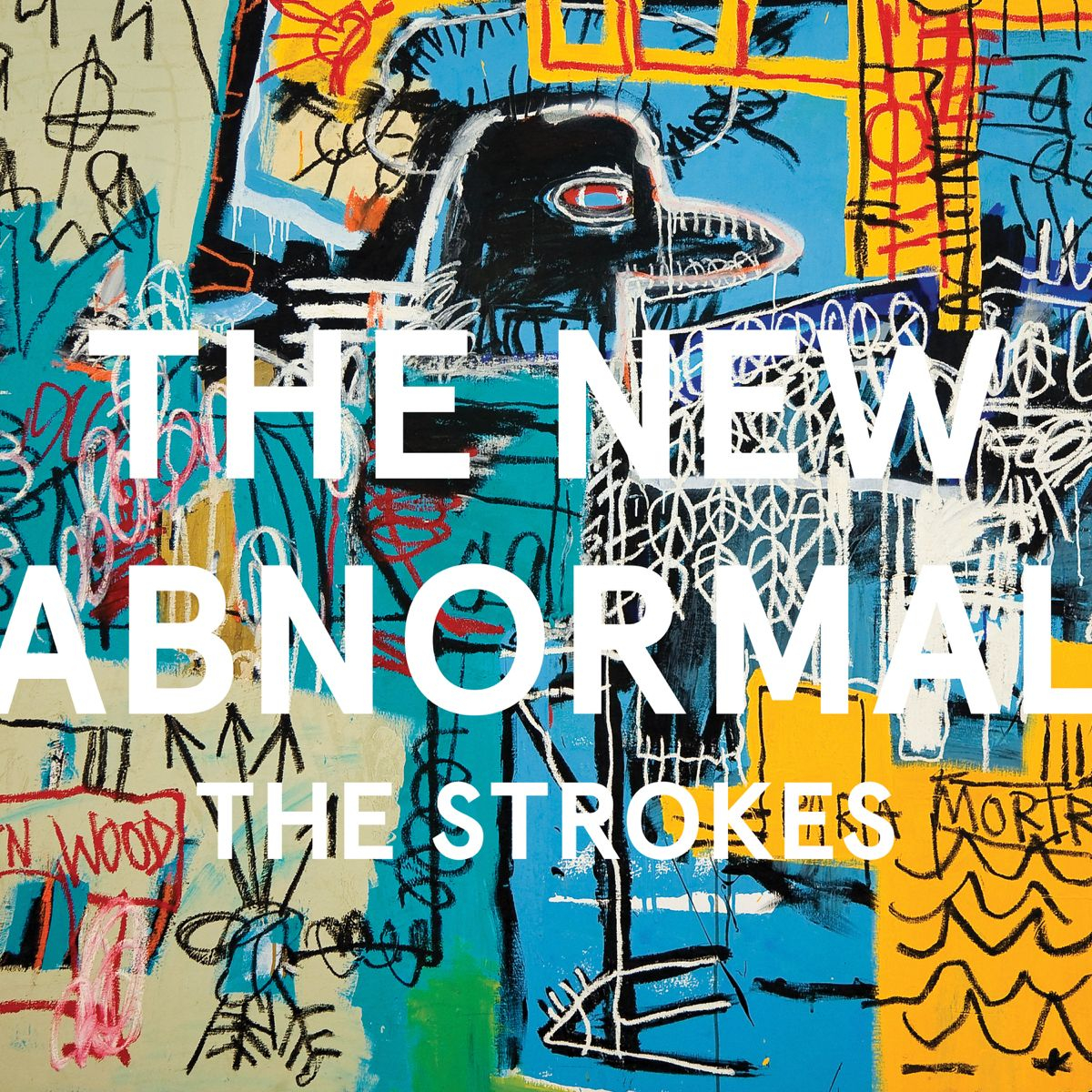 Perfect for our new abnormal way of living, the Strokes have released their first album in seven years, entitled “The New Abnormal.” Their sixth album has come to cure our quarantine depression, both for longtime fans and Bernie bros alike. The nine tracks (read about the sixth one here) stay true to the band’s roots rhythmically, lyrically and aesthetically as they play like a love letter to the band’s New York background and indie rock origins.

In the second episode of their new video podcast on YouTube ironically called “The Strokes – 5guys talking about things they know nothing about,” the quintet held a listening party wherein between each song they spoke about graham crackers, Johnny Hallyday and fond memories of their time recording the album. Like every person across America right now, the Strokes are trying to adjust to isolation and learn how to communicate over live video; and like any good rock band, each of their homes are filled with guitars, records and posters in the background.

The band went through their entire tracklist except for skipping three singles, beginning with “The Adults Are Talking.” As an eye-rolling phrase we’ve all heard when we were younger, this song serves as a strong opener for the record, making you sway side to side as Julian Casablancas’s warm voice sings, “I’ll get it right sometime/Oh, maybe not tonight.” The track represents a fight against those in power who hold themselves with an arrogant air of superiority: “They will blame us, crucify and shame us/We can’t help it if we are a problem.”

On “Selfless,” Casablancas’ magical falsetto especially shines with one of my favorite lyrics: “but I will live for you, my selfless love.” And though the song has a sweet and euphonious melody, Casablancas reveals the egocentric persona at the end: “I’m not listening, you hear?/He’s never there, but I don’t care.” Pleading for love, Casablancas knows he isn’t good for the other person but rejoices after reconquering his nearly lost love.

Only released four days before the entire album, “Brooklyn Bridge To Chorus” serves as an  obvious reference to their hometown of New York City. The track describes the despairing anxiety of accepting the past while also trying to move on from it: “I want new friends, but they don’t want me.” The track also asks, “And the ’80s bands? Oh, where did they go?,” highlighting the overall ‘80s influences in the album, and it even includes a sweet nod to Casablancas’ wife toward the end with “Juliet, I adore.” Because of its more classic Strokes’ sound and profound message of personal growth with changing times, it’s clear why this track stands as the third single of “The New Abnormal.” 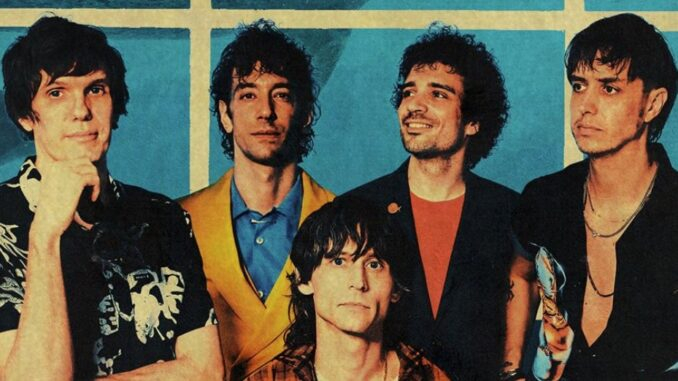 The Strokes. Courtesy of California Rocker

The first single off the album, “Bad Decisions,” dropped on Feb. 18 and so far seems to stand as the most popular. Casablancas sings in the chorus, “Oh, makin’ bad decisions/Making bad decisions for you.” The track preaches about protecting who you love and consciously making bad decisions because of the thrill. It stands as the song that a group of rapscallion friends can blast together during their wild youth.

“Eternal Summer” (as the name suggests) is this year’s essential summer anthem, as it advocates for its audience to “ignore reality” because “summer is coming.” The psychedelic harmony and Casablancas’ artistic, high-pitched voice make this track stand out from the rest. Not only is it the perfect way to describe every summer, but it also unintentionally describes the quarantine: You think it’ll last forever, but eventually everything ends. It thus leaves us with an aching feeling of hope, that the world will return to normality soon, and that even if quarantine ruins our summer plans, “look up on the bright side,” because the madness, like summer, will eventually end.

“Why Are Sundays So Depressing,” the seventh track on the album, is pure excellence alone because it encapsulates this unexplainable sadness I’ve always felt on Sundays and brings comfort that this is a widespread question wondered by others besides myself. The lyrics act as a set of proclamations as thoughts one would have on a dismal, boring Sunday. Although the entire album is very self-reflective and nostalgic, this is the song where Casablancas looks directly at his past and even recalls his life before fame: “I kinda miss the nine to five.” Yet, even after looking back on his past, he doesn’t regret his life choices and sings, “Not getting angry, I’m staying hungry,” as in he’s staying hungry for more in life; he is reminiscing on the past but he is also looking toward the future.

As guitarist Albert Hammond Jr. introduced it in the video podcast, “Not The Same Anymore” is “kind of fitting” for our current state of affairs surrounding COVID-19. This is the slowest and most melancholic song and has the most similar sound to the Strokes’ first few albums. Again, Casablancas analyzes his past but seems to be full of anguish toward his regrettable actions: “I was afraid, I fucked up/I couldn’t change, it’s too late.” This track is one of the only that is self-deprecating, as he blames himself, saying, “And now it’s on me, they’ve given up.”

The title of the closing song on the record, “Ode To The Mets,” stands as another tribute to New York, but as drummer Fabrizio Moretti beautifully explained, it’s not about the team itself but about “something that you set your heart to, and that you love unconditionally, but that continues to disappoint you.” Casablancas wrote this song on the subway platform while waiting for the train, and it truly looks back at the band’s origins. It begins with a steady beat and builds up tension as the bass is added. Casablancas even starts slow and a bit monotonous, and after he calls for Fab to play the drums, he explodes screaming, “I needed you there, I needed you there/But I didn’t know, I didn’t know.” It plays as a smooth and glittering close to the record.

Overall, the Strokes have produced a very strong record after their seven-year hiatus. Many fans were fearful that they would never release music again or thought that since they had seven years to record, it must mean that the “The New Abnormal” would have to be their best album possible. Their first few albums still reign superior and will forever be iconic in indie rock history, yet, after all the hype, I think they ultimately lived up to the fierce expectations pushed onto them.

The record itself was extremely reminiscent of their past, yet it also serves as a look toward the future, specifically toward the Strokes’ bright future in the music industry even after almost 20 years since their first album “Is This It.” The Strokes have returned in perfect time for the pandemic, serving as psychics who released music when we needed it the most and music that can be interpreted as representing our new abnormal-normal lives. The outro of the last track impeccably sums up the record’s meaning: “The old ways at the bottom of/The ocean now has swallowed/The only thing that’s left is us/So pardon the silence that you’re hearing/It’s turnin’ into a deafening, painful, shameful roar.”