The Daily Nexus
Sign of the Times
When One Party Commits Voter Suppression, Democracy Suffers
April 15, 2020 at 8:00 am by Sean Crommelin

On April 6, Governor of Wisconsin Tony Evers, following fruitless attempts at negotiation with the GOP-controlled Wisconsin legislature, issued an executive order in which he called for the postponement of the primary election in Wisconsin. Rather than being held on April 7, Evers ordered the election date to be pushed back to June 9.

He justified this decision on the grounds that there are significant threats to public health and insurmountable logistical challenges which would arise from in-person voting, given that the coronavirus pandemic has rapidly overtaken the United States. 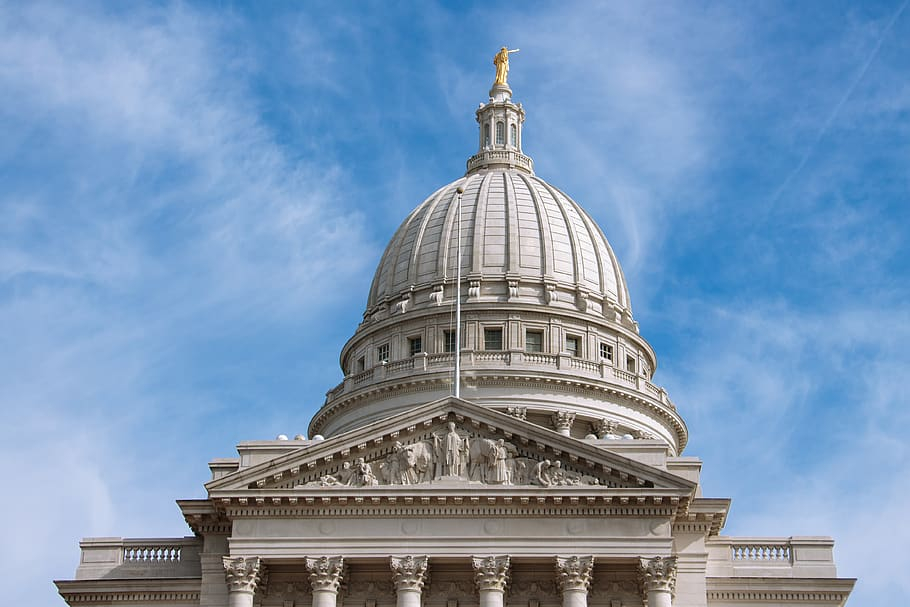 In objection, the Wisconsin GOP brought the issue to court, arguing that Evers’ order was unconstitutional. Following this, the Wisconsin Supreme Court ruled in favor of the Wisconsin GOP, with the vote split along party lines, 4-2. Daniel Kelly, a judge vying for reelection on April 7, was the only abstention.

Luckily for voters hoping to stay informed, Kelly made his feelings regarding the ruling clear when he encouraged people to vote for him in person with a Twitter post — nay, several. This was in blatant juxtaposition with what his opponent, Jill Karofsky, had to say regarding the matter.

In a separate but closely related incident, a lower court ruled that the deadline for accepting absentee ballots received late would be extended. The United States Supreme Court struck much of this ruling down in a 5-4 decision — once again along partisan lines — the evening before the election, citing, among other things, a desire to avoid “judicially created confusion.” Ironic.

In effect, this decision jeopardized the safety of those thousands who, having yet to receive an absentee ballot, were forced to risk exposure to the novel coronavirus by voting in person, or abstain from voting entirely. Many of those requested their absentee ballot as early as March 18.

I’m not going to pretend I’m not a staunch liberal. That said, this is abominable in ways which transcend the partisan battle line.

If this election is seen as legitimate in the face of likely numerous incoming lawsuits, it will have disenfranchised tens of thousands of voters. Even if those who did not receive their absentee ballots in time and were unable to vote in person are granted some mechanism by which to cast a vote  — which is at this point an impossibility given the SCOTUS ruling — there are still tens of thousands more who were forced to expose themselves during a pandemic to exercise what is supposed to be their constitutional right.

There is no doubt that the coronavirus will continue to spread, with this election exacerbating what is already a rapidly escalating pandemic. There is little doubt that people will die because of decisions made by the Wisconsin legislature, the Wisconsin Supreme Court and, outrageously, even the United States Supreme Court.

Hypocrisy — and partisanship — is a stain on Wisconsin lawmakers and the Supreme Court.

Poll workers, many of them elderly, chose not to work, which was reasonable considering the health risk doing so would have posed. The back and forth between the executive and the legislature — some fault of which is attributable to Evers’ initial indecision — resulted in widespread confusion at best and facilitated the spread of harmful misinformation at worst. Either way, this contributed to Wisconsin’s inability to properly equip many of the state’s largest cities.

Results weren’t even going to be counted until April 13; why prohibit extending the deadline when thousands of voters are being disenfranchised by this decision, victimized by those responsible for delivering the absentee ballots in the first place?

Many precautions were put in place in the wake of COVID-19, with plexiglass barriers erected, drive-by voting facilitated in many polling locations and the whole process punctuated by the diligent use of sanitizers and disinfectants. I place no blame on the poll workers who found themselves in such a harrowing situation and took care to minimize the risk of coming into contact with the disease. However, given the circumstances and the virulence of COVID-19, there was no sufficient way to protect the public against this virus.

The Republican Speaker of the Wisconsin State Assembly, Robin Vos, draped himself in personal protective equipment while working the polls, despite claiming that it was “perfectly safe to go out” and vote in person. Obviously, no such PPE was available for voters — it’d be a logistical nightmare — but Vos’ unwillingness to even signal solidarity or acknowledge the risks inherent in voting during this time is an act of unconscionable hypocrisy.

That the U.S. Supreme Court was able to block a deadline extension for absentee ballots received late in the wake of significant challenges caused by coronavirus, while they themselves delivered their ruling remotely, is hypocrisy.

Hypocrisy — and partisanship — is a stain on Wisconsin lawmakers and the Supreme Court. The politicization of the judiciary branch is no secret in Wisconsin. However, to drop even the pretense that the Supreme Court and the legislature have regard for the safety of citizens signals the nauseatingly palpable desperation of the GOP to maintain their minority rule.

Unfortunately, carrying out in-person voting during the uptick period of a pandemic is only the most egregious way the GOP in Wisconsin has worked to silence Democratic voters. The stink goes back more than a decade, marked most visibly by aggressive redistricting and voter roll purges.

Redistricting in particular is what resulted in Republicans maintaining commanding majorities in both houses of Congress in the Wisconsin 2018 election, despite Democrats having won every statewide race.

Leaders in the Republican party have said it themselves: Without voter suppression, the GOP is unviable.

This outcome speaks to a broader issue. Wisconsin is a microcosm of the national political sphere. The issues with voter suppression that arose on April 7 are being spoken of all across the country — and not constructively, I fear.

The strategy of redistricting to give one party unwarranted sway is not exclusive to Republicans, but the GOP is the party which, through projects such as REDMAP, has most thoroughly weaponized it to dominate the politics of swing states.

Meanwhile, Republican politicians all across the U.S. — with some admirable dissenters, such as Ohio Governor Mike DeWine — are already doubling down on the delusional politicization of mail-in voting at a time when few other solutions are presenting themselves, time is running out and an election of incredible consequence looms.

President Donald Trump, who himself voted by mail in the 2018 elections, has disparaged the idea of expanding mail-in voting, citing their supposed propensity for fraud and famously (and deliciously memetically) claiming that “if you ever agreed to it, you’d never have a Republican elected in this country again.”

Looking beyond the irony of Trump’s statement, the fact is that mail-in voter fraud is a non-issue. In the 2016 presidential election, there were only four confirmed incidences of it, all committed by Republican voters. Now, given the uncertainty caused by COVID-19, it is unconscionable not to devise a solution, and yet feet are being dragged on what is likely the most politically consequential issue of any stimulus package.

This election is either a preamble to a botched general election come November or a death knell for the GOP. Leaders in the Republican party have said it themselves: Without voter suppression, the GOP is unviable.

It is a national tragedy that the central tenet of democracy and the guiding philosophy of a major party are irreconcilable — but it is the ugly truth.

Sean Crommelin’s prayers are with Wisconsinites who were forced to weigh their safety against their right to vote on April 7.

So, for years conservatives have been pointing out liberal bias from judges, and liberals denied it. Now, the shoe is on the other foot and your decry it.

Conservatives think Bush v. Gore was liberal, particularly the suppression of Scalia’s opinion that there is no right to vote for President or Senator in the original constitution. O’Connor did regret her vote for Bush.

If voting mattered in the US, election day would be a holiday and every citizen would get a $200 tax credit for voting. But the conservative viewpoint is that tax credits are only for the “persons” known as corporations, particularly the corporations that shipped all the US production to China so that their executives could become billionaires.

Publius, what a bunch of rambling drivel.