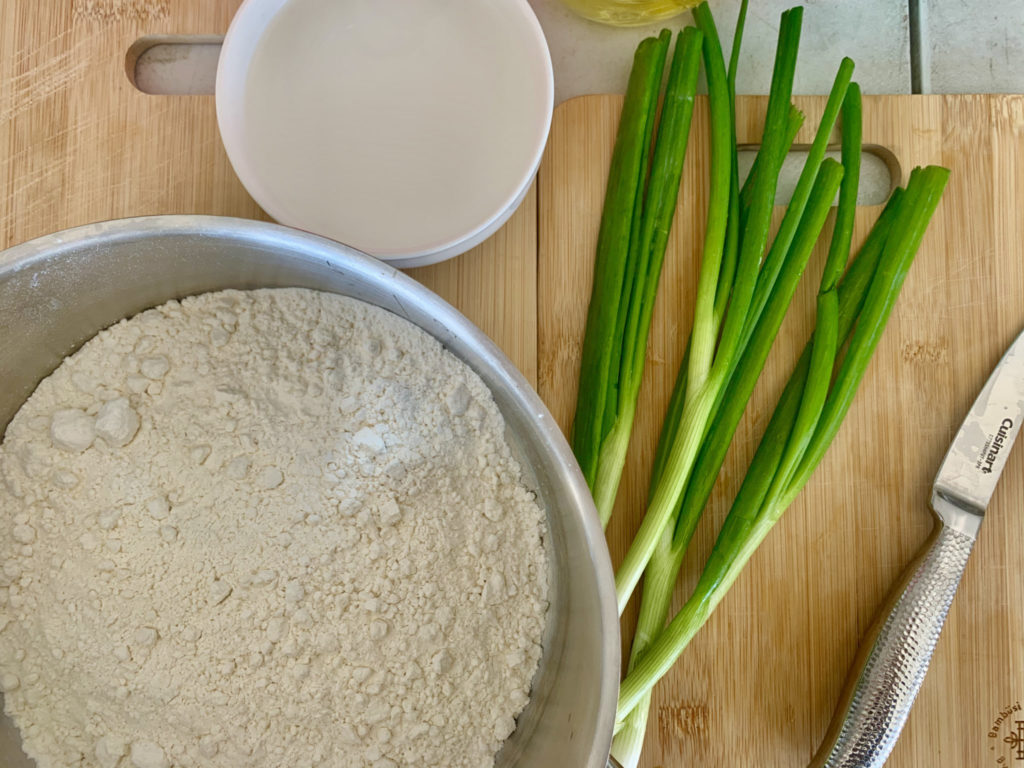 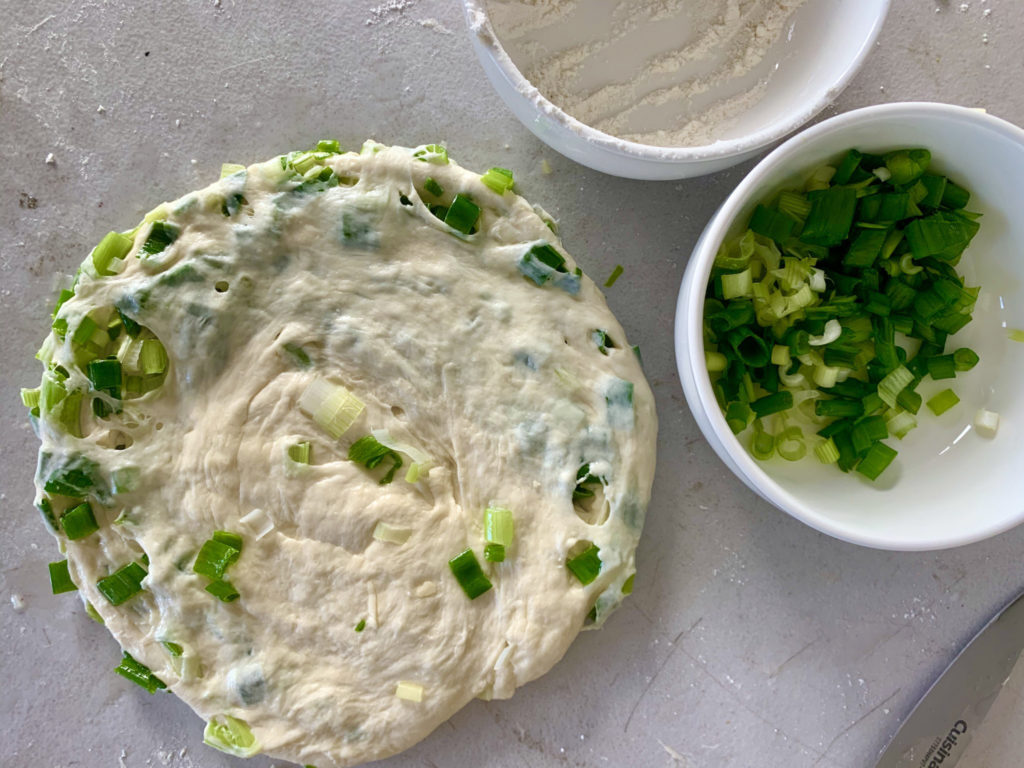 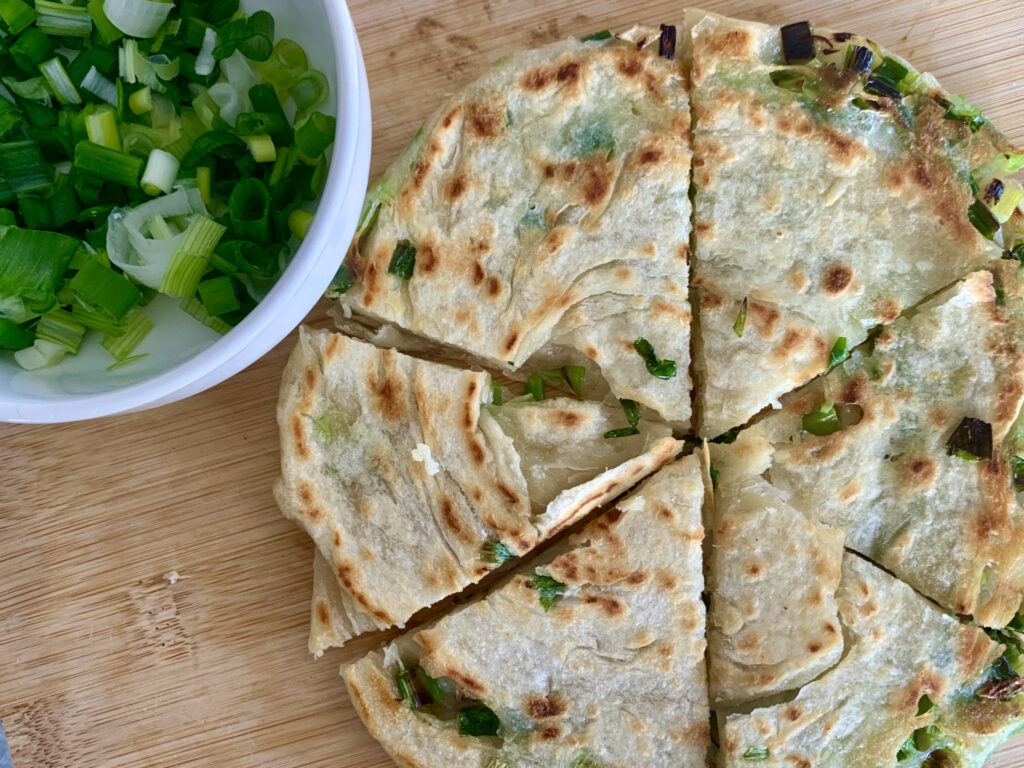 This recipe took me two attempts to make because during my first attempt, my water was not at the correct temperature and I did not knead the dough long enough which made it very difficult to work with. After throwing away my first dough attempt and starting on a second batch, however, I realized how important it was to use cold water and knead the dough until it was no longer sticky. It took around an hour to make two green onion pancakes and they were not nearly as flakey as the ones I get at the restaurant or supermarket, so the final verdict is that I would probably just continue purchasing the pre-made pancakes from the grocery store. However, it was actually super fun making them at home because the recipe requires simple ingredients that I already had in my kitchen so if you have extra time on your hands, I would encourage you to try it out and experiment with this recipe!

Judging from the final pic, they need to be fried in more oil! the Korean green onion pancake is a good alternative to the Chinese one, although it’s chewy rather than flakey but way easier to make!