“I don’t think there’s a single faculty member in the world that is adequately prepared for this,” Norah Dunbar, professor and chair of the Department of Communication, said as she laughed.

In the days following Chancellor Henry T. Yang’s announcement on March 10 that UC Santa Barbara would be shifting to remote instruction for the entirety of spring quarter, faculty and students were left reeling by the reality that lecture halls would remain empty for the quarter and that the majority of campus services will remain closed. 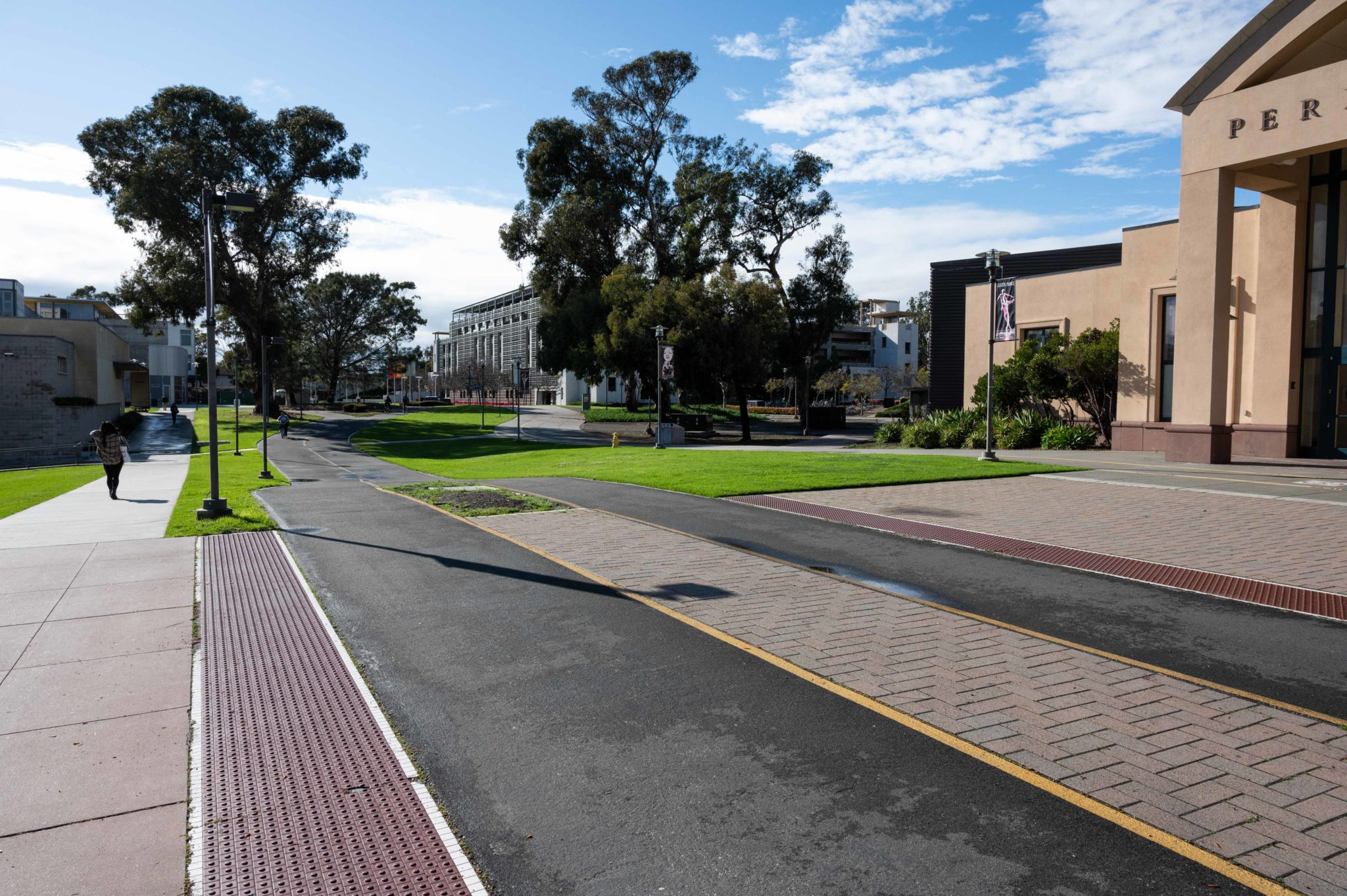 The spread of the coronavirus, and resulting mandates for social distancing and self-isolation, shattered the possibility of in-person lectures, which will now be replaced by alternatives such as Zoom meetings and video lectures. Max Abrams / Daily Nexus

The spread of the coronavirus, and resulting mandates for social distancing and self-isolation, shattered the possibility of in-person lectures, which will now be replaced by alternatives such as Zoom meetings and video lectures. Faculty were tasked with piecing together curriculum for online courses in only two weeks’ time.

Dunbar said that one of the major problems brought by the transition to remote instruction is UCSB’s lack of experience teaching online classes. The first time the Department of Communication ever offered an online major class was last year, when the University of California Office of the President offered grants for faculty to develop online courses, according to Dunbar.

“It took me months to prepare it. I video recorded lectures, I thought carefully about pedagogy and how faculty can teach online without meeting the students,” Dunbar explained.

Now, with the pressure of all classes being taught online, the time to carefully develop courses is quickly dwindling.

“To just [prepare online courses] instantly overnight … We are not going to have that same kind of thoughtful pedagogy. It’s basically like, ‘What can we do to make sure that students get the information that we want them to get and what can we do to do the best that we can for students without letting them fall through the cracks?’”

Dunbar said there is going to be a lot of trial and error for professors as they experiment with new tools and instruction methods that some have never used before, like Zoom for example. To aid one another in the transition to digital classrooms, professors across the country have even created a Facebook group — aptly named Pandemic Pedagogy — to ask for teaching advice and to share tips.

The challenge of moving classes online is further complicated by the ongoing cost-of living adjustment (COLA) strikes from graduate students across the UC system. At UCSB, graduate students have been striking since Feb. 27 to demand a COLA to offset high housing costs.

The question remains as to how graduate students striking for COLA — some of whom have ceased all grading, office hours and teaching — will adjust in the move to online classes. Dunbar said she believes each faculty member will handle the situation differently.

Additionally, language departments and programs face a unique problem as instructors struggle to find a way to translate rigorous, interactive and almost daily instruction into a digital platform, according to Valentina Padula, coordinator of the Italian Language Program.

Padula said the program has an advantage compared to other language courses thanks to hybrid online classes that were already being offered by the department. Elements from the hybrid classes, such as visual materials and grammar tutorials, will be implemented into the fully online classes, Padula said.

As for regular lectures, Padula said that instructors will most likely use Zoom to teach classes. Instructors can also use Zoom to conduct various break-out sessions and hold dialogues — often required for oral exams — between smaller groups of students before reconvening as a class.

Some language programs in particular will face even more challenges, such as those that teach an alphabet other than the Latin alphabet, according to Magda Campo, an Arabic language lecturer. For Campo, having students continuously practice writing in Arabic is essential to learning and will be difficult to monitor in online classes, she said.

In Zoom workshops, students can be given the option to use the whiteboard feature to draw the characters of the alphabet to help meet this requirement, Campo said. She also said she is looking into various programs, such as Adobe and ProctorU, to supplement her normal teaching style.

“Students have to understand that the professors are nervous, that [we] are just trying our best to reassure the students that we will do our best to [teach] via Zoom,” Campo said.

Aside from remote instruction, a closed UCSB campus means students will also lose access to a number of university resources, such as laboratories, which are needed to carry out experiments in many S.T.E.M. fields.

Claudio Campagnari, professor and chair of the Department of Physics, said the department had multiple options for holding remote labs.

One option is to provide students with the measurements of the labs and ask for the data analysis, he said. Another option is for students to buy lab kits, conduct the experiments themselves and then later discuss the results via video conferencing, he added.

Certain courses and upper division labs in the physics department that are normally considered prerequisites will be waived “to protect the students” from not fulfilling requirements needed for graduation, Campagnari said. There will also be the possibility of offering the course labs online during the summer “if things are not back to normal,” he added.

But Campagnari also voiced concern about managing students all around the world, as time zones, censorship and internet access in different areas can hamper professors’ efforts to teach their students.

Professors across the departments are attempting to mitigate any possible negative effects on students, particularly those who are graduating. Within the Writing Program, graduating seniors and students relying on financial aid will be given priority for classes, as those two groups will be the most heavily impacted, Madeleine Sorapure, director of the program, said.

Not all departments, however, have been able to find alternative solutions to conducting courses amidst UCSB’s campus closure. The Department of Theatre and Dance was forced to cancel some winter quarter finals in the wake of the coronavirus outbreak, according to Irwin Appel, professor and chair of the department.

“I’ve used the word ‘heartsick’ a lot because faculty, we were particularly heartbroken to not be able to show the work that students had been working hard on all quarter,” Appel said.

With the initial decision to move to remote instruction until just the end of April, there was still the possibility of holding “a festival of some kind [in May] in our community of all the work that didn’t get to be shown [at the end of winter quarter],” Appel said.

But when the decision to cancel in-person classes was extended through the end of spring quarter, Appel described it as “heartbreaking” and sympathized with the graduating class of 2020.

“We are so particularly empathizing with seniors,” Appel said. “To go through an entire college career and be looking forward to all the events that happen as a senior, to looking forward to a particular way to leave this university, and to have that snatched away, is really, really profoundly difficult.”

The Department of Economics cancelled 2 classes, including the notorious, final weeder class of Econ 10A.

Yes, but how will we demand, occupy, and disrupt via the web?