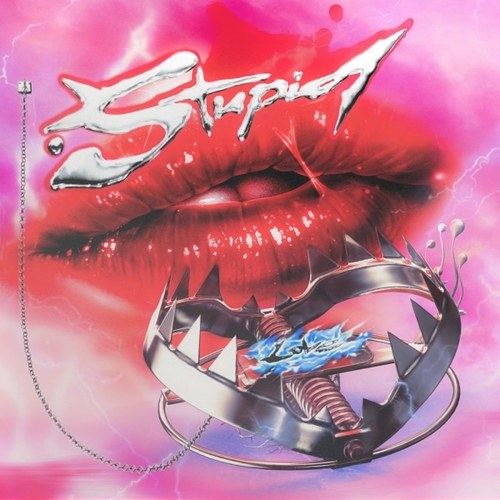 Lady Gaga has returned after a four-year gap since her last studio album with a new hyper-addictive track, “Stupid Love.” The song comes after Gaga’s acting career took off with “A Star Is Born” (2018), which earned her an Academy Award for Best Actress nomination in 2019. A soundtrack was recorded alongside the film, including Gaga’s fourth No. 1 hit with “Shallow,” a duet with co-star Bradley Cooper, perfect for radio stations.

Gaga’s 2016 studio album, “Joanne,” released two years before “A Star Is Born,” was a tribute to her late aunt of the same name and included a stripped-down approach to music that inspired Justin Timberlake, Kesha and Kylie Minogue to do the same. It invited themes of soft and mellow rock, alt-pop and piano ballads, but longtime fans were disappointed with the departure of Gaga’s signature electro-pop sounds of “Born This Way,” “Just Dance” and “Bad Romance.”

“Stupid Love,” off the upcoming album “Chromatica” (to be released April 10), is a return to form for Gaga. Its synths, pulsating beats and addicting vocal chops rivaling Carly Rae Jepsen’s “Now That I Found You” in the chorus suggest that the record will be a pop explosion of fun. Just listening to the song once gets you hooked, and the natural increase of intensity, so integral in a pop song, is in play here; the ad-lib, “Woo!” is reminiscent of a ‘70s disco track and the change of “I want your stupid love” to the emphatic “We got a stupid love” gives the ending a punch.

The music video was filmed completely on the iPhone 11 Pro as a part of Apple’s “Shot on iPhone” campaign, which includes the video for Selena Gomez’s recent No. 1 hit “Lose You To Love Me.” It features Gaga in several futuristic pink outfits dancing alongside groups of people wearing different colors (such as green, red, black and blue), and by the end, everyone is dancing alongside her. Though the video is silly, and Gaga’s dance moves are somewhat erratic, it looks like she’s having the time of her life.

Lyrically, the song is about falling for someone we hadn’t had our sights on at first, acknowledging it and finally giving in to the temptation. In the pre-chorus, she laments, “All I ever wanted was love,” which paves the way for her to admit, “I want your stupid love.” It reads like someone putting on a reluctant front but hasn’t given in to her feelings just yet. In the chorus, the narrative changes, and the love allures her to drop all reservations and fall headfirst for this person.

Unfortunately, the song had been subjected to leaks and reveals before its announcement. Gaga posted a picture of the words “FUCK THIS” painted onto a pumpkin a few days before Halloween last year, and savvy fans discovered her phone playing a track named “STUPID LOVE,” most likely a demo of the song.

If that wasn’t enough to get people excited, the song leaked in full on Jan. 21 of this year. The leaked version and the official single are the same versions, stirring unease in fans who thought the leak might cause a poor commercial success. Leaks have impacted artists severely in the past, but it looks like Gaga’s fan base worked extra hard to promote the song. “Stupid Love Bucks,” a reference to the similar “Shallowbucks” scam going on a year ago that tricked Starbucks customers into thinking they can get a free drink if they stream the song, is popping up in an effort to get the song to a higher chart placement on the Billboard Hot 100.

Gaga’s marketing team is working in overdrive as well, as she was on the cover of several notable playlists that “Stupid Love” was included on, like “Today’s Top Hits” (Spotify), “New Music Daily” and “Today’s Hits” (both Apple Music).

These tactics might’ve worked because “Stupid Love” currently has 26 million views on YouTube. It’s also projected to debut in the top six of the Billboard Hot 100, which would out-perform “Perfect Illusion,” the lead single off of Joanne, which debuted and peaked at No. 15. If Gaga can maintain this momentum despite the song leaking, it’s all the more impressive considering her decade-long career in music.

After this strong comeback, I’m interested in seeing where Gaga goes on “Chromatica,” the 16-track record. Several theories have suspected each track might have to do with a specific color (“Stupid Love” being pink), based on Gaga’s recent endeavors in make-up palettes from Haus Laboratories, a beauty store she launched in 2019.

Either way, Gaga has my stupid love, and I’ll be listening to “Chromatica” on April 10 as well as any other tracks she might release along the way.

amazingg song Gaga I love u!